CAPE CANAVERAL — Joining the payload with its ride to space, United Launch Alliance crews today placed the next Global Positioning System satellite atop an Atlas 5 rocket for blastoff July 15.

The Air Force’s GPS 2F-10 navigation spacecraft will be boosted 11,000 nautical miles above the Earth in a three-hour launch sequence from Cape Canaveral, Florida.

It is the second of three GPS constellation replenishment flights planned in 2015. The first occurred on March 25 using a Delta 4 rocket. Atlas is slated to conduct another in October.

This will be the 10th Block 2F satellite sent into the GPS network since 2010. Boeing in building a dozen spacecraft of this kind featuring greater accuracy, more signals, better anti-jamming and longer design lives than previous models.

Already shrouded in the launcher’s 39-foot-tall, 14-foot-diameter aluminum nose cone, the spacecraft was hauled to the Atlas assembly building and hoisted atop the Centaur upper stage this morning.

The fully assembled rocket, standing 189 feet tall for launch, will be wheeled out to the Complex 41 pad aboard a mobile platform on July 14.

The satellite was flown to Florida earlier this year from Boeing’s manufacturing facility in El Segundo, California. After arriving, it was taken to the Cape’s Area 59 were GPS spacecraft undergo their pre-flight preps.

Final testing, loading of hydrazine maneuvering propellant and encapsulation in the rocket’s nose cone was accomplished with the satellite.

Early today, a convoy hauled the 3,400-pound satellite north through Cape Canaveral Air Force Station to United Launch Alliance’s Vertical Integration Facility where the Atlas had been stacked over the past few weeks.

The launch will be the 70th for a GPS satellite since 1978, the 15th to use an Atlas rocket and the fourth Block 2F on Atlas. 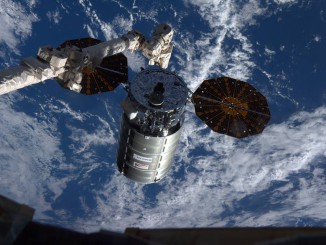 Photos: Cygnus goes from Cape Canaveral to the space station 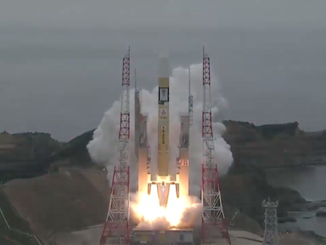 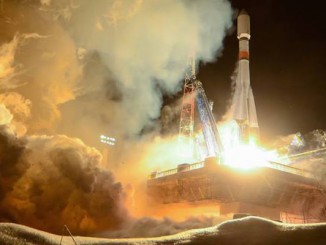