International Space Station managers Friday cleared astronauts Barry “Butch” Wilmore and Terry Virts to proceed with a third spacewalk Sunday, as originally planned, after concluding a small amount of water in Virts’ space helmet after an EVA Wednesday was an understood condition and not a threat to crew safety.

The six-and-a-half-hour spacewalk is scheduled to begin around 7:10 a.m. EST Sunday when the astronauts switch their spacesuits to battery power and exit the station’s airlock. The spacewalkers plan to install four antennas, laser reflectors and cabling to permit communications with approaching and departing commercial crew capsules being built by Boeing and SpaceX.

“So we need to put these antennas and the cables there for them, and also some reflectors so their on-board navigation systems that use lasers (to) know where the station is and what orientation it’s in and will be able to dock properly. There’s a lot of moving from one end to the other on the station and a lot of equipment and hardware that we’re going to be bringing out there.”

During spacewalks last Saturday and Wednesday, Wilmore and Virts laid out some 340 feet of power and data lines needed by two new docking mechanisms what will be installed later this year and made preparations to relocate a storage module and a docking port extension. Virts also lubricated the grapple mechanisms on the end of the station’s robot arm.

During airlock repressurization Wednesday, Virts noticed a small blob of water floating in his helmet and reported that a water absorption pad at the back of his helmet was damp, indicating seepage through the helmet’s air duct.

During a spacewalk in July 2013, Italian astronaut Luca Parmitano endured a potentially catastrophic water leak that forced him to make a quick retreat to the safety of the airlock. That leak was blamed on a clogged filter inside the suit’s water cooling system.

“When you connect to the umbilical, you have a lot of cold air that’s going past the cooling system of the suit and this air will often condense,” Alex Kanelakos, a NASA spacewalk officer, said Friday. “And as we repress, we have high-density gas that’s flowing past this condensed water that can often move the water over the crew member’s helmet.”

Up to 57 milliliters, or about four tablespoons, of “sublimator water carryover” is considered acceptable, far less than what was experienced by Parmitano. In Virts’ case, only about 15 milliliters — three teaspoons — of water made it into the helmet.

“This spacesuit is known to have what we call carryover water,” Kanelakos said. “We’ve had seven other occurrences of this carryover on the spacesuit. … It’s not expected every time, but it’s a known feature. That’s why we monitor a lot of the parameters on the ground. We’re continually getting data and we’re watching that to see if we’re having any occurrences of this situation or the situation that Luca had. And they’re very different occurrences.”

Speaking to a reporter Thursday, Virts said “I’m completely confident I’m not going outside unless we’re sure it’s a good suit. 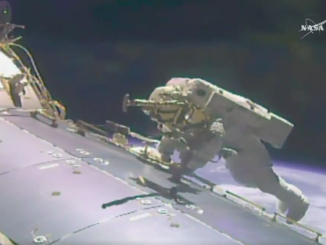 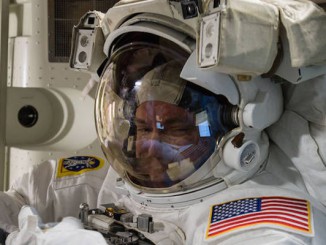 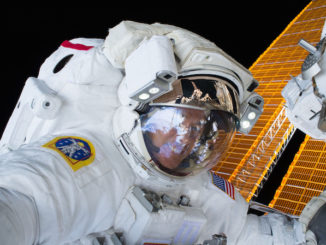