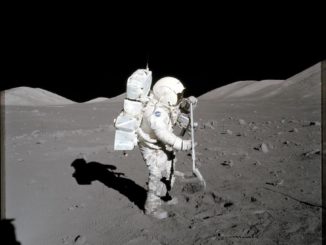 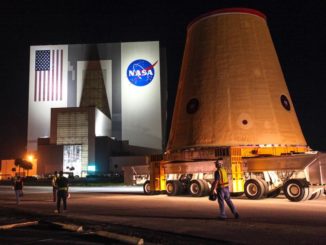 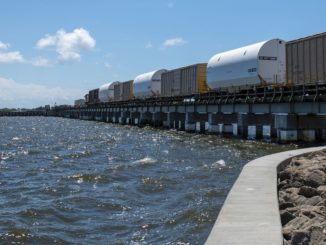 Fueled segments of the solid rocket boosters that will lift off on the first flight of NASA’s Space Launch System have arrived at the Kennedy Space Center in Florida, but officials will hold off on stacking the boosters until the SLS core stage completes a crucial test-firing later this year. 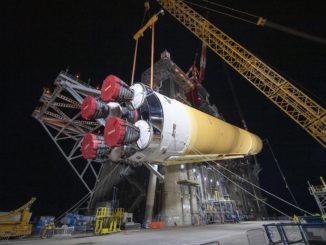 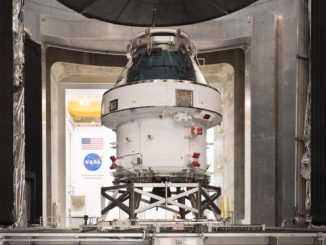 The Orion spacecraft slated to fly around the moon on an unpiloted mission next year has arrived back at the Kennedy Space Center following an environmental test campaign in Ohio, ready for a series of final checkouts before officials pause launch preparations this summer to await readiness of NASA’s Space Launch System. 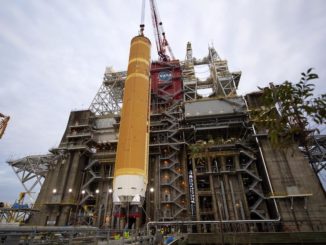 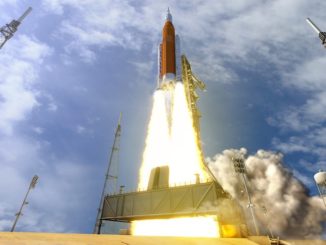 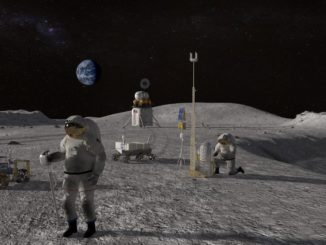 The Trump administration is requesting $25.2 billion for NASA in fiscal 2021, a 12 percent increase that includes $3.3 billion to kickstart development of a human-rated lander for the Artemis moon program. Nearly half of the budget request, $12.3 billion, is devoted to new and ongoing projects focused on the return to the moon and eventual flights to Mars. 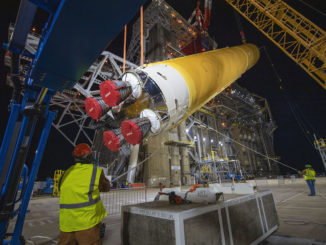 Weeks after leaving its factory in New Orleans, the core stage for NASA’s first Space Launch System flight has been raised into a test stand at the Stennis Space Center to begin a series of checkouts culminating in an eight-minute engine-firing later this year. 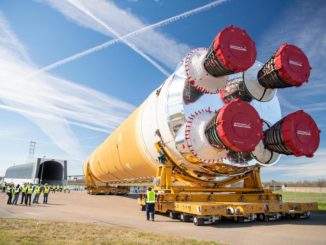