NASA astronaut Mark Vande Hei and two cosmonauts blasted off from Kazakhstan Friday and docked with the International Space Station after a two-orbit chase, the first step in a record crew rotation requiring two launches and two landings with four different spacecraft in just three weeks.

The launching came three days before the 60th anniversary of cosmonaut Yuri Gagarin’s historic flight on April 12, 1961, to become the first man in space. More than 570 men and women have made the trip since then, fueling competition and then cooperation between Russia and the United States that has culminated in the International Space Station.

“When we started, we were competing with each other and that was one of the reasons we were so successful at the beginning of human spaceflight,” Vande Hei said at a pre-launch news conference. “And as time went on, we realized that by working together, we could achieve even more. That’s continuing to this day, and I hope that will continue into the future.”

Climbing through a clear blue sky, the Soyuz 2.1a rocket boosted the crew ship smoothly into space and after a speedy two-orbit rendezvous, the spacecraft glided in for docking at the lab’s Earth-facing Rassvet module at 7:05 a.m.

“Father, when are you coming back?” Novitskiy’s young daughter asked during a traditional video conference with family members back on Earth.

The expanded 10-member crew will enjoy a week together before Ryzhikov, Kud-Sverchkov and Rubins undock and return to Earth aboard their own Soyuz, landing on the steppe of Kazakhstan at 12:56 a.m. EDT on April 17 to close out a 185-day mission.

Five days after that, at 6:11 a.m. on April 22, NASA and SpaceX plan to launch a Falcon 9 rocket and Crew Dragon capsule from the Kennedy Space Center in Florida to ferry Crew-2 commander Shane Kimbrough, Megan McArthur, Japan’s Akihiko Hoshide and ESA’s Thomas Pesquet to the station, briefly boosting the lab’s crew to 11.

After helping their replacements get familiar with station systems, the SpaceX Crew-1 astronauts — Hopkins, Glover, Walker and Noguchi — will head for home, splashing down in the Atlantic Ocean off the coast of Florida on April 28 to wrap up a 164-day flight, the first operational mission by a SpaceX Crew Dragon.

And with that, the space station crew swap out will be complete. The Crew-2 astronauts and the Soyuz MS-18/64S crew are expected to be replaced, in turn, in late September and mid October respectively.

But Vande Hei, a last-minute addition to the latest Soyuz crew, does not know when he will be able to hitch a ride home. While his flight is officially scheduled to last six months, he could end up living aboard the space station for a full year.

That’s because NASA managers want to guarantee a continuous U.S. presence aboard the lab to make sure a properly trained NASA astronaut is on board at all times to operate U.S. systems even if launches are interrupted or something forces a partial evacuation.

“The plan is for me to be on board for six months,” Vande Hei said from Moscow in a pre-launch interview with CBS News. “Of course, it’s a very dynamic situation, so we try to make sure we’re ready for anything. I certainly feel emotionally prepared to stay on orbit well longer than that six months that’s planned.”

He added, “there are a variety of things that could impact when I come back (but) I’m also very certain that regardless of what happens, we’ll make sure we have a U.S. presence continuously on the space station.”

NASA wants to ensure the continued launch of American astronauts aboard Russian Soyuz spacecraft, and Russian cosmonauts aboard U.S. ferry ships, even though the U.S. space agency funded development of commercial crew ships to end its sole reliance on Russia for transportation to and from the station.

If a medical emergency or some other crisis forced a Russian or NASA crew to make an unplanned departure, the crew members remaining behind, trained to operate U.S. or Russian systems — but not both — might not be able to maintain the station on their own.

Likewise, NASA wants to protect against the possibility of a launch mishap or a major technical problem that could interrupt or suspend crew rotation flights.

There are no available Soyuz seats in the near term — Rubins used NASA’s last directly purchased seat — and in any case, NASA is no longer authorized to buy rides on Russian spacecraft. Vande Hei’s seat was obtained through Houston-based Axiom Space in exchange for a future flight by a commercial astronaut on a NASA-sponsored ferry ship.

NASA managers hope to work out an agreement with the Russian space agency to ensure crew continuity aboard the station by launching at least one NASA astronaut aboard each Soyuz flight and one cosmonaut aboard each U.S. commercial crew mission.

In the meantime, Vande Hei is prepared to stay in orbit however long it takes for a seat to open up.

“The attitude we’re taking is that every step of this (mission) means I’m just that much closer to getting home, whether that be six months or longer than that,” he said. “My wife’s really got a fantastic attitude. I’ve deployed multiple times (but) for my family, this would be a record setter.” 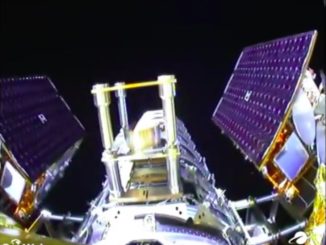 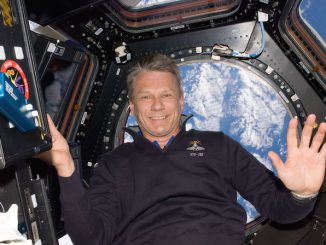 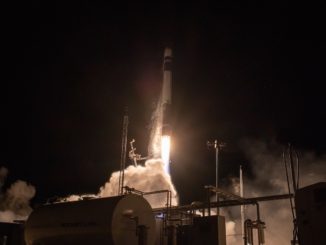