A Polar Satellite Launch Vehicle, fitted with two strap-on boosters, is set to fire off the First Launch Pad at the Satish Dhawan Space Center on India’s east coast at 11:54 p.m. EST Saturday (0454 GMT Sunday). Liftoff is scheduled for 10:24 a.m. local time at the launch site in India, located about 50 miles (80 kilometers) north of the coastal city of Chennai.

The PSLV will blast off with 1.4 million pounds of thrust from its solid-fueled first stage and solid rocket boosters. The rocket’s navigation system will initially take the vehicle on a trajectory toward the southeast from the launch base, then will turn the PSLV to the south to line up with the mission’s targeted orbit flying over Earth’s poles.

The divert maneuver, also called a dog-leg, will ensure the PSLV does not fly over Sri Lanka and risk scattering debris over populated areas. It’s a standard part of Indian rocket launches heading for polar orbits.

Brazil’s Amazonia 1 satellite is the largest spacecraft on the PSLV mission, which is designated PSLV-C51. Amazonia 1 was built by Brazil’s National Institute for Space Research — known as INPE — and will collect imagery of regions around the world, with an emphasis on monitoring environmental conditions in the Amazon rainforest.

The 1,404-pound (637-kilogram) Amazonia 1 spacecraft is the first Earth observation satellite completely designed, integrated, tested, and operated by Brazil, according to INPE, a division of Brazil’s Ministry of Science, Technology, and Innovation.

The PSLV will deliver the Amazonia 1 satellite to a 467-mile-high (752-kilometer) sun-synchronous orbit. In that type of orbit, Amazonia 1 will fly over different parts of the world at roughly the same time of day, allowing its imager to observe the environment under similar lighting conditions throughout the satellite’s four-year mission.

INPE booked the launch on India’s PSLV through Spaceflight, a U.S. company that specializes in arranging rides to orbit for small satellites. Spaceflight says it purchased the entire capacity of the PSLV for Amazonia 1, the largest satellite it has contracted launch services for to date.

“The deployment of Amazonia 1 will allow us to capture images and monitor the environment and agriculture throughout the Brazilian territory which will help us better understand the expansive terrestrial environment in the region,” said Adenilson Silva, an INPE engineer managing the Amazonia mission.

The Amazonia 1 satellite is the most advanced spacecraft ever built in Brazil, using the homemade Multi-Mission Platform, or MMP, bus. Although the platform uses parts acquired abroad, the program allows Brazil to gain experience in spacecraft manufacturing, testing, integration, propulsion, and deployment mechanisms, according to INPE.

“In addition to the technological achievements of the mission, it also represents the last step of MMP development,” Silva said in a statement. “Spaceflight’s end-to-end launch services gives us confidence that our mission needs are managed and enables our team to fully focus on the satellite we’re preparing to launch.”

The Amazonia 1 satellite carries a wide-angle optical imager with a resolution of 210 feet (64 meters). The imaging instrument will take pictures of an area spanning up to 528 miles (850 kilometers) wide, allowing the satellite to observe a wide swath of the planet on each orbit.

The satellite’s wide viewing area will allow it to revisit the same part of the world every five days, officials said.

It’s the first of three satellites Brazil plans to develop for Amazon deforestation studies. Amazonia 1 will also monitor agriculture in Brazil and other regions around the planet, INPE said.

Amazonia 1 will work in tandem with the CBERS 4 and CBERS 4A satellites developed in partnership between China and Brazil. On those missions, China built and launched the satellites, while Brazil provided instrument hardware.

The 18 smaller payloads riding the PSLV into orbit include 12 tiny SpaceBEE satellites from Swarm Technologies.

The small data relay nodes each weigh less than 2 pounds (1 kilogram). The “BEE” in SpaceBEE stands for Basic Electronic Element.

Swarm, headquartered in Silicon Valley, is developing a low-data-rate satellite communications fleet the company says could be used by connected cars, remote environmental sensors, industrial farming operations, transportation, smart meters, and for text messaging in rural areas outside the range of terrestrial networks.

Each of the SpaceBEEs is about the size of a slice of bread. The launch of 12 new satellites comes a month after SpaceX launched 36 SpaceBEEs for Swarm on a rideshare mission that lifted off from Cape Canaveral, Florida.

There is also a CubeSat developed by Mexican university students on the PSLV mission, plus five Indian nanosatellites from academic institutions and the Indian military.

The PSLV’s fourth stage will deploy Amazonia 1 into its 467-mile-high orbit about 17 minutes after liftoff, then reignite its thrusters for two burns to lower its altitude to 317 miles (511 kilometers) for release of the other 18 payloads nearly two hours into the mission. 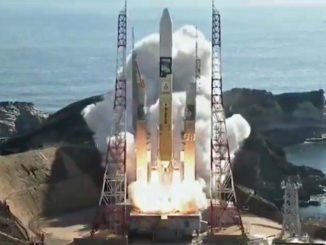 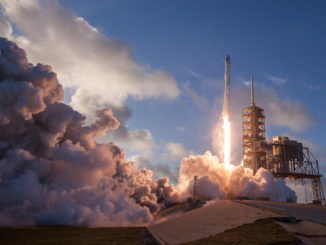 Photos: SpaceX kicks off the week with Falcon 9 launch and landing 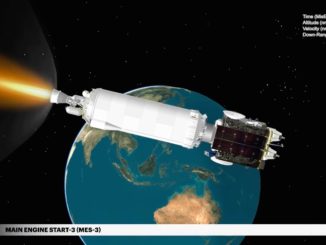