But the two cables they were unable to connect to the Bartolomeo platform, attached to the front side of ESA’s Columbus laboratory module, will need to be connected later to accommodate a full suite of external payloads.

“At least we got partially connected to Bartolomeo,” European astronaut Andreas Mogensen radioed the crew from mission control in Houston.

After floating out of the airlock, Glover attached a foot restraint to the end of the space station’s robot arm and rode the space crane to the European Space Agency’s Columbus module where he and Hopkins installed a high-speed Ka-band data relay antenna.

Flight controllers initially had problems activating a heater in the antenna, but after Hopkins unplugged and re-connected a power cable, the system began working normally.

The spacewalkers then worked to route cables and to connect the Bartolomeo experiment platform to the Columbus module, providing power and data relay to experiment and instrument attachment points

Bartolomeo was delivered to the station last spring aboard a SpaceX cargo ship and attached to Columbus using the robot arm. The platform will be used to mount a variety of external experiment packages that can be changed out as needed for research.

“We have been preparing for the better part of a year as we awaited the arrival of the Bartolomeo platform,” said flight director Rick Henfling. “It arrived on the SpaceX CRS-20 (cargo) mission last April. It was installed robotically, and now we have a few more tasks, using our spacewalkers to hook up the power and data connections.”

But Hopkins and Glover were only able to get four of six cables properly connected. While Hopkins worked to resolve the problem, Glover, still riding on the end of the robot arm, carried a protective cover that had been attached to the new antenna to a point well away from the main body of the station.

Once in position, seeming to float alone in orbital darkness, Glover pushed the boxy antenna cover away on a trajectory that ensured it would not make its way back to the station’s vicinity before re-entering the atmosphere and burning up.

Unable to resolve the cable trouble, Hopkins capped the two balky connectors and used tie-downs to hold all the cables in place.

Both spacewalkers then made their way to the far left end of the station’s power truss and removed two solar array ground handling fixtures. The so-called “H fixtures” are being taken off to make way for new solar panels that will be attached to the existing arrays later to boost the lab’s power output.

Hopkins and Glover plan to carry out a second spacewalk next week to remove additional H fixtures, to complete work to install a replacement solar array battery and to replace cameras on the power truss, the Destiny lab module and on a Japanese robot arm.

“We’ve been talking about this particular set of EVAs for the better part of a year,” said Kenny Todd, space station integration manager at the Johnson Space Center. “So I’m certainly ready to be done talking about them and actually go see them executed.” 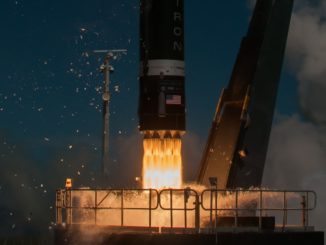 Rocket Lab to attempt booster recovery on next mission 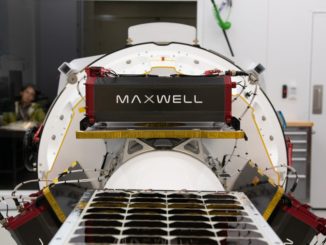 Ten satellites set to ride into orbit with Rocket Lab 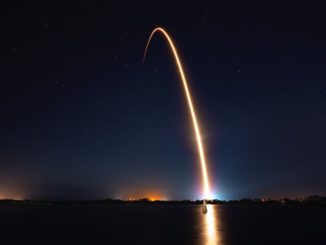