Arianespace and European Space Agency officials said they aim to resume Vega launches before the end of March, once technicians complete additional inspections of already-built rocket components to ensure they are free of the problem that caused the failure in November.

Engineers concluded that cables leading to thrust vector control actuators on the Vega’s Attitude and Vernier Upper Module, or AVUM, were inverted, a mistake from the assembly of the upper stage engine. The thrust vector control system pivots the upper stage engine nozzle to direct thrust, allowing the rocket to control its orientation and steering.

Quality control checks before the launch missed the cable installation error, which caused the engine to move its nozzle in the wrong direction in response to commands from the rocket’s guidance system. That resulted in the rocket losing control and tumbling just after ignition of the upper stage engine around eight minutes after launch Nov. 16.

Daniel Neuenschwander, ESA’s director of space transportation, said a “lack of robustness” in the Vega rocket’s manufacturing and acceptance procedures led to the failure.

The Spanish SEOSAT-Ingenio Earth observation satellite and the French space agency’s Taranis research satellite were destroyed in the launch failure. It the second failure of a Vega rocket in its last three missions, following an accident in July 2019 that resulted in the loss of a military satellite for the United Arab Emirates, and a successful return-to-flight mission in September.

The failures in July 2019 and on Nov. 16 were caused by unrelated technical issues.

The loss of control on the Vega rocket’s upper stage Nov. 16 caused the launcher to fall short of the required velocity to enter orbit. The upper stage and its two satellite payloads re-entered the atmosphere over the Arctic Ocean after launching toward the north from the Guiana Space Center in South America, according to Pierre-Yves Tissier, Arianespace’s deputy chief technical officer.

Arianespace officials determined within hours of the launch that incorrectly-installed cables on the upper stage control system was the most likely cause of the failure. Tissier said an independent inquiry commission, which completed its work this week, confirmed the cable error was at fault.

In a virtual press conference Friday, Tissier said the “cause of failure is not attributable to a flaw in the qualification of the design, but to the wrong routing and connection of the control links of the electro-mechanical actuators of the AVUM upper stage, resulting in an inversion of steering commands and causing trajectory degradation, leading finally to the loss of the vehicle.”

“The detailed series of the causes of the inversion can be summarized as, first of all, a misleading integration procedure, making possible the inversion of cables,” Tissier said. “This inversion was not detected through the different control tests and steps executed between the integration of the AVUM upper stage and the final acceptance of the launcher, due to some inconsistencies between specific requirements and prescribed controls.”

According to Giovanni Colangelo, ESA’s inspector general, engineers investigating the failure found the misconfigured control system cables in closeout photos taken during assembly of the rocket. Quality control engineers did not analyze the imagery well enough before the launch, Colangelo said.

Integration of the AVUM upper stage is the responsibility of Avio, the Italian prime contractor for the entire Vega rocket.

Avio has set up a task force to implement the recommendations of the inquiry commission, said Giulio Ranzo, the company’s CEO.

Arianespace, which manages Vega launch services, is charged with reviewing Avio’s work before Avio formally hands over the rocket for flight.

Before the Vega launch failure last year, there were 14 consecutive successful Vega missions since the rocket’s debut in 2012.

Ranzo said stresses brought on by COVID-19 pandemic may have played a role in misconfiguring the control system cables on the Vega upper stage. “We have suffered all around the world the effects of the pandemic. We have worked across quarantine periods, with people going back and forth,” Ranzo said Friday.

“That said, we cannot justify the failure purely because of that,” Ranzo said. “We have correctly identified that we need to have a procedure that needs to be robust irrespective of who perform the procedure itself, and unfortunately it took 17 flights to spot this one specific procedure.”

Colangelo said the procedure for installing the cables on the upper stage thrust vector control system was “open a a bit to interpretation.”

While additional inspections will ensure the next two Vega rockets do not have the same cabling error, managers will rewrite integration procedures for future Vega upper stages on the assembly line in Italy to remove any ambiguity about how to perform the job, officials said. There will also be training improvements for the Vega workforce.

After implementing the failure board’s near-term recommendations, the Vega rocket could return to service before the end of March, according to Stéphane Israël, CEO of Arianespace.

The launch of the Pléiades Neo 1 mission was scheduled for February before the Vega launch failure last month, resulting in a “limited delay” to the Vega schedule for 2021, Israël said. 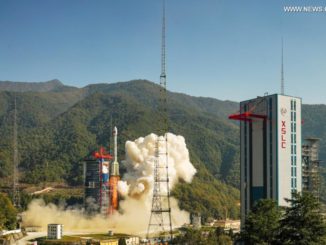 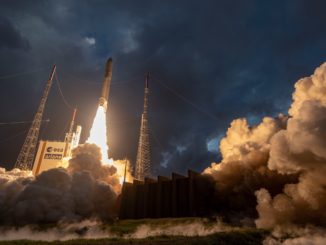 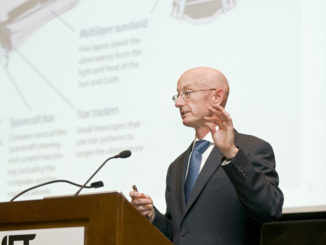