Japanese space agency officials said Tuesday they found a “large number” of pitch black rock and dust particles after opening a capsule returned to Earth earlier this month by the Hayabusa 2 mission, giving eager scientists their first significant specimens ever brought back from an asteroid.

Scientists working inside a super-clean laboratory in Sagamihara, Japan, have opened the first of three sample collection chambers inside Hayabusa 2’s return capsule, beginning the process of analyzing the material in search of fresh insights into the history of the solar system.

The Japan Aerospace Exploration Agency, which manages the Hayabusa 2 mission, released a photo Tuesday inside the nearly 2-inch-wide (48-millimeter) container, known as chamber A. The photo shows a small pile of black pebbles from Ryugu, a half-mile-wide (900-meter) asteroid rich in carbon, a crucial building block for life.

“This is thought to be the sample from the first touchdown on Ryugu,” JAXA tweeted. “The photo looks brown, but our team says ‘black!’ The sample return is a great success!”

Japan’s Hayabusa 2 spacecraft appears to have returned more asteroid specimens than expected, scientists said, although a precise measurement of how much material the mission collected will have to wait until teams open the capsule’s other two sample chambers.

Mission planners designed Hayabusa 2 to collect at least 100 milligrams of material from asteroid Ryugu. Engineers had no way of measuring the contents of the sample canister until it returned to Earth, but they were confident the spacecraft gathered the required material.

It appears that confidence was well-founded.

The Hayabusa 2 spacecraft released its sample return capsule for a super-hot re-entry into Earth’s atmosphere Dec. 5. The nearly 16-inch (40-centimeter) sample carrier landed via parachute in Woomera, Australia, where Japanese teams were in position to recover the capsule.

After transporting the sample carrier to a “quick-look” inspection facility in Australia, the capsule was flown back to Japan on a business jet Dec. 7. Scientists moved the return capsule into a receiving lab at a JAXA facility in Sagamihara, where they opened chamber A on Monday (U.S. time).

Hayabusa 2 used chamber A to collect specimens gathered during the mission’s first touch-and-go landing on asteroid Ryugu on Feb. 21, 2019.

Scientists will next open chambers B and C, and the sample curation group will take out the asteroid material for analysis, JAXA said.

Chamber B should be empty — it was not used while Hayabusa 2 was at the asteroid — but scientists expect chamber C should contain specimens collected during the mission’s second landing on Ryugu on July 10, 2019 (U.S. time).

Hayabusa 2’s second touch-and-go landing was designed to capture pristine dust and rock excavated by an explosive impactor the spacecraft fired into the asteroid. The subsurface specimens may harbor additional clues about the asteroid’s origins and evolution because they have been protected from solar radiation and harsh weathering effects from exposure to space.

Before even opening the first of Hayabusa 2’s three collection chambers, Japanese scientists were encouraged by the discovery of black dust grains near the canister’s lid.

JAXA said the Hayabusa 2 team also analyzed gas sealed inside the return capsule. Scientists believe the gas molecules, which differed from the composition of Earth’s atmosphere, were created by outgassing from the asteroid specimens.

“This is the world’s first sample return of a material in the gas state from deep space,” JAXA said in a statement.

The Hayabusa 2 mission’s return to Earth earlier this month completed a six-year round-trip mission to asteroid Ryugu. The craft launched in December 2014 aboard a Japanese H-2A rocket, and arrived near Ryugu in 2018 to begin several months of surveys before attempting the first landing.

Scientists are eager to analyze the specimens, which they expect may contain organic molecules. Researchers believe asteroids like Ryugu, or a larger body like the one from which Ryugu split off, could have seeded Earth with the ingredients necessary for life.

While Hayabusa 2 was in the home stretch of its return journey, NASA’s OSIRIS-REx spacecraft performed its own brief landing on asteroid Bennu, a rocky carbon-bearing body similar in composition to Ryugu.

OSIRIS-REx collected significantly more asteroid material than Hayabusa 2 — perhaps up to a few pounds of asteroid rocks — and is scheduled to depart Bennu early next year. OSIRIS-REx’s sample capsule is due to arrive back on Earth in September 2023.

The Japanese and U.S. missions share similar objectives, and JAXA and NASA have agreed to swap a small fraction of their asteroid specimens for joint analysis by scientists from each country.

After releasing its sample return capsule Dec. 5, the Hayabusa 2 mission’s parent spacecraft — still loaded with plenty of propellant — completed three divert maneuvers to steer away from a collision course with Earth. The spacecraft is heading back into the solar system on an extended mission that will include a high-speed flyby of an asteroid in 2026 and a rendezvous with a small fast-rotating space rock in 2031.

A previous mission, named Hayabusa, successfully returned its sample capsule to Earth in June 2010. But a string of technical problems, including a fuel leak and a failure in its sample collection mechanism, prevented Hayabusa from gathering any significant material from a stony asteroid name Itokawa.

Hayabusa 2 performed its mission without any major issues, bringing home much more material from Ryugu, an asteroid covered in more primitive organic molecules than Itokawa, raising hopes scientists will learn more about the formation of the planets more than 4.5 billion years ago. 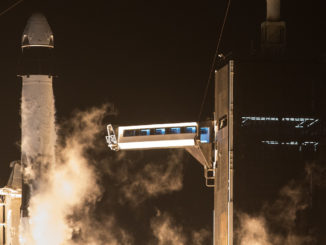 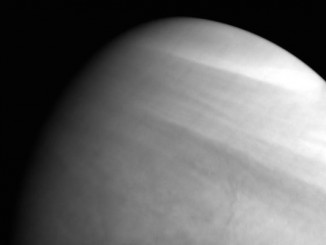 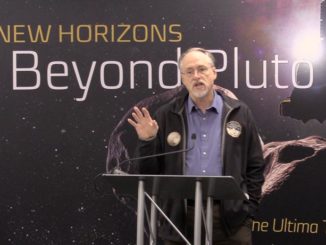