NASA’s OSIRIS-REx spacecraft moved within about 131 feet, or 40 meters, of asteroid Bennu this week in the $1 billion mission’s final practice run before a touch-and-go landing on the asteroid in October to collect samples for return to Earth.

During the sampling rehearsal Tuesday, engineers monitoring the spacecraft’s maneuvers from Earth confirmed that navigation algorithms, software for autonomous operations, science instruments, and numerous mechanical systems all functioned as expected.

Eight minutes later, OSIRIS-REx pulsed its control jets again for a “matchpoint” burn to match the spacecraft’s movement with the asteroid’s rotation. That allows the spacecraft to make its final descent to the surface over the targeted sampling location.

The spacecraft continued descending toward the asteroid for three minutes after the matchpoint burn, reaching a point 131 feet from Bennu before firing thrusters again for a back-away maneuver.

The position OSIRIS-REx reached during Tuesday’s rehearsal marked the closest the spacecraft has come to asteroid Bennu, following a similar sampling exercise in April that practiced the mission’s descent maneuvers up to a point 213 feet, or 65 meters, from the asteroid.

After launching from Earth in 2016 and arriving at its asteroid target in 2018, NASA’s Origins, Spectral Interpretation, Resource Identification, Security, Regolith Explorer, or OSIRIS-REx, spacecraft has been mapping Bennu with cameras, mineral-sniffing spectrometers and a Canadian-built laser to measure its roughness.

Shaped like a spinning top, Bennu measures around 1,614 feet (492 meters) wide. At the time of Tuesday’s rehearsal, the asteroid was located about 179 million miles (288 million kilometers) from Earth. At that distance, it takes 16 minutes for commands from ground teams to reach the OSIRIS-REx spacecraft.

“This time lag prevented live commanding of flight activities from the ground during the rehearsal,” NASA said in a statement. “As a result, the spacecraft performed the entire rehearsal sequence autonomously.”

Ground controllers uplinked the descent sequence to the spacecraft ahead of time, and OSIRIS-REx flew the descent profile on autopilot, just as it will on the actual sampling attempt.

OSIRIS-REx has been scouting sites for its sample collection run, but scientists discovered Bennu is more rugged than expected.

The spacecraft’s sampling rehearsal Tuesday targeted a location dubbed Nightingale, the mission’s primary sample collection site located within a 460-foot (140-meter) crater in Bennu’s northern hemisphere. The site is surrounded by boulders and sharp terrain, and that forced engineers to develop upgraded navigation capabilities to allow the spacecraft to guide itself to a safe touch-and-go landing.

OSIRIS-REx uses a capability called natural feature tracking to take a series of images with a navigation camera to autonomously identify rocks, craters and other markings on the asteroid’s surface, yielding data on position and relative velocity. The spacecraft’s computer compares the imagery with a map of hazards loaded into the computer before the descent. If OSIRIS-REx detects it is approaching a dangerous area, it can command an abort and back away from Bennu.

“Many important systems were exercised during this rehearsal — from communications, spacecraft thrusters, and most importantly, the on-board natural feature tracking guidance system and hazard map,” Dante Lauretta, OSIRIS-REx’s principal investigator from the University of Arizona, Tucson. “Now that we’ve completed this milestone, we are confident in finalizing the procedures for the TAG (Touch-And-Go) event. This rehearsal confirmed that the team and all of the spacecraft’s systems are ready to collect a sample in October.”

OSIRIS-REx also extended its sample collection arm, known as TAGSAM, during Tuesday’s rehearsal. The spacecraft also moved its two solar array wings to a “Y-wing” configuration to safely position them away from the asteroid’s surface, just as they will be positioned during the touch-and-go landing.

The TAGSAM arm was later retracted back to a stowed position after OSIRIS-REx began flying away from Bennu at the conclusion of the rehearsal Tuesday.

During the mission’s real sampling run, a device mounted on the end of the spacecraft’s TAGSAM arm will contact the asteroid surface for several seconds and fire compressed nitrogen gas. The gas cartridge will disrupt the rock at the sampling site, and the spacecraft will capture some of the material in a chamber for return to Earth.

Scientists hope to gather at least 2.1 ounces (60 grams) of pristine samples from Bennu’s surface, and return the material to Earth in September 2023 for analysis in sophisticated laboratories. Scientists will examine the specimens to search for signs of organic matter and other chemicals critical to the origin of life.

Built and operated by Lockheed Martin, the OSIRIS-REx spacecraft launched from Cape Canaveral in September 2016. A limited number of personnel managed Tuesday’s checkpoint rehearsal from a Lockheed Martin control center in Colorado, plus sites at the Goddard Space Flight Center in Maryland and the University of Arizona.

Other team members participated remotely due to the coronavirus pandemic, NASA said.

Earlier this year, mission managers decided to give teams more time to prepare for OSIRIS-REx’s sampling attempt as officials adjusted to new operations schemes to minimize risks from COVID-19.

That decision delayed OSIRIS-REx’s second sampling rehearsal from June 23 to Aug. 11, and pushed back the actual sampling run from Aug. 25 to Oct. 20.

If the first sampling attempt turns up empty in October, scientists have penciled in opportunities for additional tries before the spacecraft departs Bennu next year to begin the return trip to Earth. 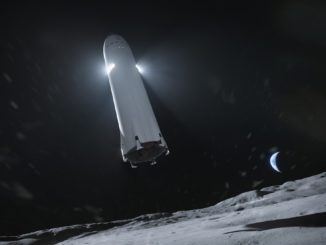 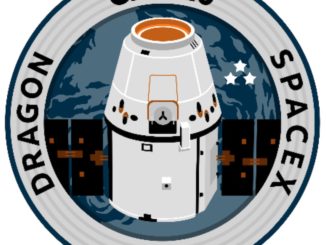 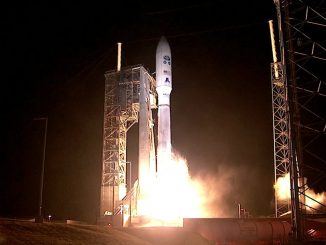