Astronauts Doug Hurley and Bob Behnken say SpaceX’s Falcon 9 rocket was a “very pure flying machine” as it sped their Crew Dragon spaceship into orbit, but they said they were surprised by the rougher-than-expected ride on the Falcon 9’s powerful upper stage.

Hurley and Behnken became the first people to ride a Falcon 9 rocket into space May 30 after lifting off from pad 39A at NASA’s Kennedy Space Center in Florida. Around 19 hours later, their Crew Dragon capsule autonomously docked with the International Space Station to complete the first trip to the orbiting outpost from a U.S. spaceport since the retirement of the space shuttle in 2011.

“From the time the engines lit, the first two-and-a-half minutes to staging was about like we expected, except you can never simulate the Gs, so as the Gs built you could certainly feel those,” said Hurley, the Dragon’s spacecraft commander. “What I thought was really neat was how sensitive we were to the throttling of the Merlin engines. That was really neat. You could definitely sense that as we broke Mach 1.

“The next thing you know, the call was made (as we exceeded the speed of sound),” Hurley said. “We didn’t even need to look at the speed. You could tell just by how the rocket felt, so it’s a very pure flying machine.”

Hurley, a retired U.S. Marine Corps colonel, flew F/A-18 jets as a test pilot before his selection as a NASA astronaut. Behnken, who earned a doctorate in mechanical engineering from Caltech, is a colonel in the U.S. Air Force and was a flight test engineer on the F-22 fighter jet before becoming a NASA astronaut.

Both have accumulated thousands of hours of flying time on more than 25 types of aircraft.

The Crew Dragon astronauts said the ride on the Falcon 9 rocket was smoother than the space shuttle for the first couple of minutes. The space shuttle launched with two solid rocket boosters, which provided more than two-thirds of the shuttle’s total thrust at liftoff.

The solid-fueled boosters burned for more than two minutes, firing concurrently with the shuttle’s three hydrogen-fueled main engines. The shuttle’s engines continued burning after booster separation, and fired more than eight minutes until engine cutoff after placing the vehicle on a preliminary suborbital trajectory. The shuttle orbiter used smaller thrusters to reach a stable orbit around Earth.

“Remember, shuttle had solid rocket boosters to start with,” Hurley said. “Those burned very rough for the first two-and-a-half minutes. The first stage with Falcon 9 were the nine Merlin engines.”

The Merlin engines generated about 1.7 million pounds of thrust at full power, consuming a mix of super-chilled kerosene and cryogenic liquid oxygen propellants.

“It was a much smoother ride, obviously, because it was a liquid engine ascent,” Hurley said of the Falcon 9’s first stage.

On a space shuttle launch, astronauts said the ride became smoother after burnout and separation of the twin solid rocket boosters, once the shuttle’s liquid-fueled engines took over the primary propulsion role.

“We were surprised a little bit at how smooth things were off the pad,” Behnken said. “The space shuttle was a pretty rough ride heading into orbit with the solid rocket boosters, and our expectation was ,as we continued with the flight into second stage, that things would basically get a lot smoother than the space shuttle did. But Dragon was huffing and puffing all the way into orbit.

“It was not quite the same ride the smooth ride as the space shuttle was up to MECO (main engine cutoff),” Behnken said. “A little bit less Gs, but a little bit more alive is probably the best way I would describe it.”

“Where the differences started, I think, for both Bob and I — and we commented on it at the moment — was at staging,” Hurley said. “And it was very similar to what you saw in the Apollo 13 movie, where they staged from first to second stage. So the first stage engines shut off  … (the first stage separates) and then the Merlin Vacuum engine starts.

“So at that point we go from roughly 3Gs to zero Gs … and when the Merlin Vacuum engine fires, then we start accelerating again for the next five or six minutes until we achieve orbit,” he said.

“That was the highlight of the ascent for me,” Hurley said.

“So totally different than shuttle,” Hurley said. “It was smooth. It got a little rougher.”

SpaceX developed the Crew Dragon spacecraft under contract to NASA. The space agency is also working with Boeing on the Starliner crew capsule, which is now expected to launch with astronauts for the first time in early 2021 on top of a United Launch Alliance Atlas 5 rocket.

Hurley described the ride on the Merlin Vacuum upper stage engine as “kind of like driving fast on a gravel road.”

“So little bit of vibration, not anything that was really unpleasant, but you certainly knew that there was powerful engine behind you,” he said. “And that took us all the way to orbit about six minutes later, and once again the Gs (built up), and how the engine throttled to control the Gs, and the engine cutoff.”

The G-force dropped off instantaneously as the Merlin Vacuum engine shut down, according to Hurley.

“We knew we made it to orbit.”

The Merlin Vacuum engine produces around 210,000 pounds of thrust at peak performance, while the three shuttle main engines combined to generate more than 1.4 million pounds of thrust once in space. But the space shuttle was much larger than the Crew Dragon spacecraft and the Falcon 9 upper stage, placing the astronauts farther away from the engines.

“It will be interesting to walk with the SpaceX folks to find out why it was a a little bit rougher ride on the second stage than it was for shuttle on those three main engines,” Hurley said.

SpaceX recorded audio, accelerations and other data on the Crew Dragon’s unpiloted test flight to the space station last year. Ground teams played the audio for Hurley and Behnken, giving the astronauts a preview of what they would experience during launch, re-entry and splashdown in the ocean.

“The biggest difference is just the dynamics that are involved, the vibration, the experiences that we felt actually riding a real rocket,” Behnken said. “Going through the fueling operation, that was a new experience for us. The space shuttle was fueled when the astronauts arrived (at the launch pad). Doug and I went through the fueling operation on-board Dragon, which was different for us. So hearing the venting and the valve sounds and the little vibrations associated with that operation was a new experience for us.”

During the 19-hour trip to the space station, Hurley tested the Crew Dragon’s manual control system two times, using the ship’s touchscreen displays to put in manual commands for the capsule’s maneuvering thrusters.

“Flying the Dragon was exactly how we expected it to be,” Hurley said.

SpaceX designed the Crew Dragon will to be fully autonomous, without requiring manual inputs from the astronauts on-board. But Dragon crews will have the ability to manually dock with the space station if necessary, and there are buttons to command a launch abort, initiate a deorbit and re-entry, and deploy parachutes if needed.

“If there are any system failures or other issues, we would like to know with confidence that if we take over manually, the vehicle will do what we need it to do,” Hurley said.

“The thing that really stood out to both us — and we mentioned it was soon as we docked — is we didn’t feel the docking,” he said. “It was just so smooth, and then we were docked. In shuttle, you felt a little bit of a jolt, nothing real heavy, but you felt it.”

Hurley and Behnken also had positive reviews for their SpaceX-made pressure suits. The astronauts wore them during launch and docking, and will put them on again for their return to Earth — expected in late July or August.

The astronauts said taking off the suits and putting them on in space, without the effect of gravity, was much easier than on Earth.

“We’d have to give the suits a five star rating,” Behnken said.

“These suits didn’t have to do that job for us, which was nice, but it was clear that they were ready.”

“For us —  as the test pilots, so to speak — we’re there to evaluate how it does the mission, and so far it’s done just absolutely spectacularly,” Hurley said. 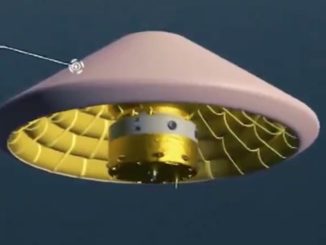 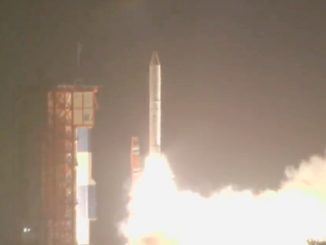 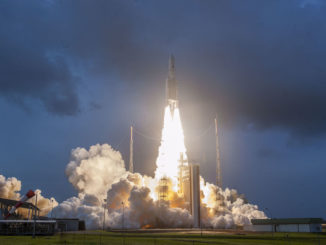