A Long March 3B rocket malfunctioned during the launch of an Indonesian communications satellite Thursday, leading to sightings of fiery debris in the skies over Guam.

Xinhua, China’s state-run news agency, said the Long March 3B launcher failed after lifting off from the Xichang space center in the country’s southwestern Sichuan province at 1146 GMT (7:46 a.m. EDT).

The liquid-fueled launcher took off at 7:46 p.m. Beijing time with the Palapa-N1 communications satellite, also known as Nusantara Dua. The Palapa-N1 spacecraft was heading for a position in geostationary orbit more than 22,000 miles (nearly 36,000 kilometers) over the equator.

But the rocket malfunctioned minutes later some time during the planned burn of the Long March 3B’s third stage, Xinhua said. Wreckage from third stage and the Palapa-N1 spacecraft re-entered the atmosphere, according to the state-run media outlet.

Several videos shared on social media by people in Guam showed fiery debris moving across a moonlit night sky. The Offices of Guam Homeland Security and Civil Defense said in a statement that the debris was likely connected with the failed Chinese rocket launch. Authorities in Guam said there was “no direct threat” to the islands.

A Long March 3B rocket failed during the launch of an Indonesian communications satellite Thursday, leading to sightings of fiery debris in the skies over Guam (📷: @KanditNews). FULL STORY: https://t.co/jNN72dQmHX pic.twitter.com/6pG4OmLmJw

With the Long March 3B failure Thursday, Chinese rockets have faltered on two missions in less than a month.

A Long March 7A rocket failed to place a satellite in orbit March 16 after taking off from the Wenchang space base on Hainan Island, located in southern China. The botched March 16 launch was the inaugural flight of the new Long March 7A rocket configuration, which could eventually replace the Long March 3B launcher for satellite missions heading to geostationary orbit.

The early phase of Thursday’s Long March 3B mission appeared to go according to plan. Videos from the Xichang launch site shared on the Chinese social media platform Weibo showed the 184-foot-tall (56-meter) rocket climbing away from the mountainous spaceport at twilight and heading downrange on a southeasterly trajectory.

The Long March 3B was expected to jettison its four hydrazine-fueled strap-on boosters around two minutes into the mission, followed by shutdown and separation of the rocket’s core stage. After a firing by the rocket’s second stage, two hydrogen-fueled YF-75 engines were scheduled to ignite on the Long March 3B’s third stage to propel the Palapa-N1 spacecraft into a preliminary parking orbit.

A second burn by the cryogenic third stage would have boosted the Palapa-N1 spacecraft into a higher geostationary transfer orbit stretching to more than 22,000 miles in altitude at its highest point. Then the rocket would have deployed Palapa-N1 to continue the journey into geostationary orbit using its own engine.

But the rocket never achieved the mission’s initial parking orbit, suggesting something went wrong near the start of the first burn by the Long March 3B’s third stage engines.

Jakarta-based PSN said the new satellite was designed to provide C-band and Ku-band broadcast and broadband services over Indonesia and neighboring regions. Palapa-N1 was built by the China Academy of Space Technology on the DFH-4 satellite platform.

The spacecraft was expected to enter service in geostationary orbit at 113 degrees east longitude, replacing the Palapa-D satellite. Palapa-D was launched into a suboptimal orbit by a Long March 3B rocket in 2009, requiring the satellite to use its own propellant to reach its final orbit. The maneuvers to overcome the launch shortfall reduced the satellite’s useful lifetime.

Chinese space teams have continued executing on the country’s 2020 launch schedule despite the effects of the global coronavirus pandemic, which started in the Chinese city of Wuhan.

The cause of the Long March 7A failure last month has not been announced by Chinese space officials.

Chinese teams at the Wenchang spaceport are readying for the debut launch of China’s Long March 5B heavy-lift rocket later this month. It was not immediately clear whether that mission will go forward after Thursday’s Long March 3B failure, but the Long March 3B’s third stage shares little commonality with hardware on the Long March 5B.

Designed to haul modules of China’s planned space station into orbit, the Long March 5B rocket is a variant of the Long March 5 rocket, which has flown three times to date. 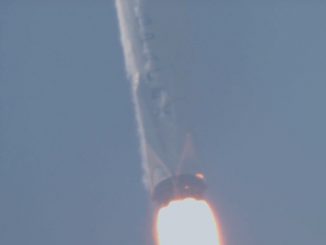 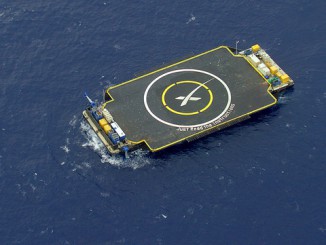 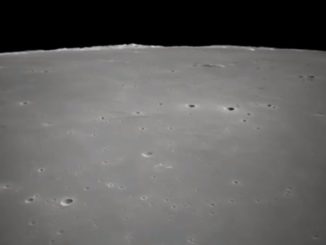