Most parts of the joint European-Russian ExoMars lander and rover are nearly ready for launch, but trouble with parachutes, electronics, software and concerns about the growing coronavirus pandemic have delayed the mission’s departure to Mars from this year until 2022, officials announced Thursday.

The leaders of the European Space Agency and Roscosmos — Russia’s space agency — said Thursday that the ExoMars mission would not launch as scheduled this July.

“We have made a difficult but well-weighed decision to postpone the launch to 2022,” said Dmitry Rogozin, director general of Roscosmos. “It is driven primarily by the need to maximize the robustness of all ExoMars systems as well as force majeure circumstances related to exacerbation of the epidemiological situation in Europe, which left our experts practically no possibility to proceed with travels to partner industries.

“I am confident that the steps that we and our European colleagues are taking to ensure mission success will be justified and will unquestionably bring solely positive results for the mission implementation,” Rogozin said in a statement Thursday.

The mission was supposed to blast off from Kazakhstan aboard a Russian Proton rocket during a planetary launch window in July or August. But officials said Thursday several challenges will keep the mission from launching this year.

Instead, the ExoMars mission will take off during the next Mars launch window between August and October 2022, officials said. The lander will target touchdown in a region named Oxia Planum in the northern hemisphere of Mars between April and July 2023.

The primary difficulty facing the ExoMars team involves ensuring the mission’s European-made parachutes are ready to slow the lander during descent through the Martian atmosphere.

Four parachutes — two pilot chutes and supersonic and subsonic main chutes — will slow the ExoMars lander after it enters the Martian atmosphere. The lander will jettison the parachutes and ignite braking rockets to slowly settle onto the surface of Mars.

With help from experts at NASA’s Jet Propulsion Laboratory in California, engineers traced the problem to the parachute bags, and not with the parachutes themselves, according to ESA. Engineers modified the way the parachutes are released from the bags to ease their extraction and avoid frictional damage, ESA said.

Teams have completed a series of ground-based extraction tests at JPL, and the main parachutes are ready for two final high-altitude drop tests in Oregon in the coming weeks, ESA said.

But mission managers wanted to take more time to ensure the ExoMars lander and rover safely get to the surface of Mars.

“We want to make ourselves 100 percent sure of a successful mission,” said Jan Wörner, ESA’s director general. “We cannot allow ourselves any margin of error. More verification activities will ensure a safe trip and the best scientific results on Mars.”

The European-built Rosalind Franklin rover, named for the famed British chemist and X-ray crystallographer whose work contributed to DNA research, recently passed final pre-launch thermal and vacuum tests at an Airbus facility in Toulouse, France. Rosalind Franklin is the first European Mars rover, and it is fully outfitted with a payload of nine scientific instruments, including a drill to dig up to 2 meters (6.6 feet) into the Martian soil collect core samples for analysis in the mobile robot’s on-board laboratory.

The Russian-built module designed to carry the European rover to the surface of Mars is also complete. The Russian Kazachok stationary lander, from which Rosalind Franklin will deploy after touchdown, is fully equipped with its 13 scientific experiments.

The descent module has been undergoing propulsion system qualification in the past month. The Kazachok platform has also been undergoing environmental testing in Cannes, France, to verify the spacecraft’s ability to withstand the harsh conditions of space, according to ESA.

“I want to thank the teams in industry that have been working around the clock for nearly a year to complete assembly and environmental testing of the whole spacecraft,” Wörner said in a statement. “We are very much satisfied of the work that has gone into making a unique project a reality and we have a solid body of knowledge to complete the remaining work as quickly as possible.”

The Rosalind Franklin rover and Kazachok lander were previously supposed to launch in 2018, but officials rescheduled the mission for 2020 after both vehicles ran into development delays. Their launch, now delayed to 2022, is the second of two separate missions developed under the ExoMars program.

The European Space Agency’s ExoMars Trace Gas Orbiter and Schiaparelli lander launched in March 2016 aboard a Russian Proton rocket. The orbiter successfully entered orbit around Mars later that year, and it continues taking pictures and gathering data on methane and other gases in the Martian atmosphere that could indicate the presence of ongoing biological or geologic activity.

The Schiaparelli probe crashed during its attempt to land on Mars.

The ExoMars program was approved by ESA member states in 2005. At that time, the European Mars rover was scheduled to launch in 2011. But that schedule soon eroded, and ESA and NASA signed agreed in 2009 to partner on the ExoMars missions.

NASA backed out of the partnership in 2012, and ESA signed an agreement in 2013 to proceed with the ExoMars program without major participation from the United States. NASA continued developing electronics and a mass spectrometer for the rover’s largest science instrument, which will search for organic compounds and biomarker in the Martian soil.

Despite the delay in the second ExoMars launch until 2022, three other Mars missions remain scheduled for launch during this year’s planetary launch window in July and August.

NASA’s Perseverance rover, formerly known as Mars 2020, will take off in July from Cape Canaveral. A Chinese Mars rover is also being prepared for launch later this year, and the United Arab Emirates’ Hope Mars orbiter is slated to launch on a Japanese H-2A rocket this summer. 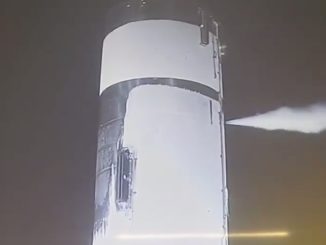 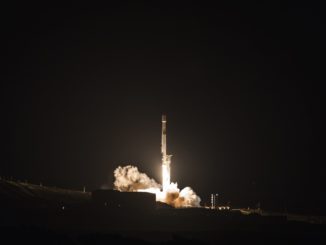 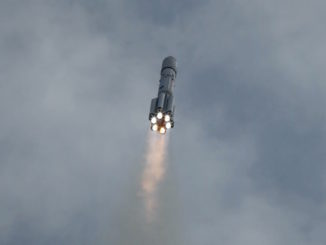