The unpiloted supply carrier is scheduled for launch at 5:39 p.m. EST (2239 GMT) Sunday from pad 0A at the Mid-Atlantic Regional Spaceport, a facility owned by the Virginia Commercial Space Flight Authority on Wallops Island, Virginia.

The Cygnus supply ship is also built and owned by Northrop Grumman, one of two companies currently flying commercial resupply missions to the space station under contract to NASA. SpaceX is NASA’s other cargo transportation provider for the space station program.

The mission is designated NG-13, and is the 13th operational resupply launch for the space station by Northrop Grumman and its predecessors Orbital Sciences and Orbital ATK.

Northrop Grumman has named the Cygnus spacecraft the S.S. Robert H. Lawrence after the first African American selected as an astronaut for a U.S. space program. The Air Force selected Maj. Robert H. Lawrence, Jr., as an astronaut for the military’s Manned Orbiting Laboratory program, which intended to develop and fly space stations in Earth orbit accommodating two astronauts for month-long missions to gather surveillance imagery of the Soviet Union and other strategic locations around the world.

The Air Force announced Lawrence’s selection for the MOL program in June 1967, but he died in an aircraft training accident in December of the same year. The MOL program was canceled in 1969, and the military astronauts selected for the program under 35 years old were transferred to NASA.

“Since Lawrence was in that age range, it is virtually certain he also would have transferred,” NASA officials wrote in a feature story on Lawrence in 2018. “All in that group flew on the space shuttle in the 1980s; it is easy to imagine that Lawrence would have piloted one of the early space shuttle missions.”

Northrop Grumman names each of its Cygnus resupply vessels after a late astronaut or other space industry official.

“In 1967, the U.S. Air Force selected Maj. Lawrence as an astronaut for the Manned Orbiting Laboratory program,” said Frank DeMauro, vice president and general manager of Northrop Grumman’s tactical space systems division. “Although his career was cut short in a tragic accident, he paved the way for future aerospace pioneers of all races and enabled increased diversity and inclusion across the industry. While Maj. Lawrence never flew into space, we are proud that Cygnus will carry his name on this mission.”

After rolling out to pad 0A Wednesday from a nearby hangar, the Antares rocket was lifted vertical for compatibility checks with its launch pad and the range safety infrastructure at Wallops. Teams rotated the rocket back horizontal to begin loading final time-sensitive cargo into the Cygnus spacecraft Saturday, then planned to raise the Antares vertical again early Sunday.

The five-hour countdown sequence is set to kick off at 12:39 p.m. EST (1739 GMT) Sunday, with loading of the Antares first stage with kerosene and liquid oxygen propellants set to start in the final 90 minutes of the countdown.

As the countdown clock ticks down to zero, the first stage’s two Russian-made RD-181 engines will ignite and throttle up before hold-down restraints release to allow the Antares rocket to climb away from pad 0A.

The twin-engine first stage will produce around 864,000 pounds of thrust at full power and burn for around 3 minutes, 14 seconds to send the Antares rocket and Cygnus spacecraft southeast from the Virginia coastline over the Atlantic Ocean.

The first stage will separate less than three-and-a-half minutes into the mission, followed by jettison of the Antares payload shroud. A solid-fueled Castor 30XL second stage motor will fire at T+plus 4 minutes, 5 seconds to accelerate the Cygnus cargo freighter into a preliminary orbit.

Burnout of the Castor 30XL stage is expected just shy of the seven-minute point of the mission, followed by separation of the Cygnus spacecraft around eight-and-a-half minutes after liftoff.

The Cygnus will unfurl two fan-shaped solar panels after release from the Antares upper stage, then commence a series of thruster burns to raise its orbit to match that of the space station some 260 miles (420 kilometers) above Earth.

The Cygnus spacecraft on the NG-12 mission departed the space station Jan. 31 and remains in orbit. It will re-enter the atmosphere for a destructive re-entry with several tons of space station trash around the end of February.

If all goes according to plan, the Cygnus spacecraft will approach the station on autopilot with the aid of laser rangefinders. Astronauts aboard the station will use the Canadian-built robotic arm to capture the Cygnus freighter around 4:30 a.m. EST (0930 GMT) Tuesday once the commercial cargo ship reaches a point roughly 30 feet (10 meters) below the orbiting complex.

The S.S. Robert H. Lawrence is set to deliver around 7,641 pounds (3,466 kilograms) of scientific experiments, technology demonstration payloads, spare parts and crew provisions to the station.

NASA provided the following breakdown of the cargo manifest:

The equipment launching aboard the Cygnus supply ship includes a scanning electron microscope built by Voxa, a Seattle-area company that aims to miniaturize and reduce the cost of nano-imaging technology.

A range of biological research experiments are also going up Sunday.

“We have an investigation going up to study cardiomyocytes, or heart cells, and see if we can more effectively grow those in space,” said Heidi Parris, assistant program scientist for NASA’s space station program office. “An investigation is looking at a certain kind of virus called a bacteriophage that is able to target specific bacteria, harmful bacteria in our bodies, while leaving the rest of our human cells intact, and the good bacteria and our microbiome intact.

“We have an investigation that’s looking at the molecular mechanisms behind bone formation and bone loss,” she said. “Bone loss is a huge issue for astronauts, and also for osteoporosis patients on Earth, so it’s a benefit if we understand that in the space environment and also on the ground.”

“For the first time ever, we’re sending up some conditioned cheese in a little bit of extra space we had left over,” Feng said Saturday.

The Cygnus spacecraft will remain attached to the space station until around May 11, when it will depart to begin the second phase of its mission.

A NASA flame combustion experiment housed inside the Cygnus pressurized module will examine how flames propagate in microgravity. It’s the fourth in a series of NASA Saffire experiments developed at the Glenn Research Center in Ohio that have flown on Cygnus missions.

The Cygnus spacecraft will also release CubeSats from an external deployer after leaving the space station.

Once the CubeSats are released and the fire experiment is complete, the Cygnus will re-enter the atmosphere and burn up in the atmosphere over the South Pacific Ocean. 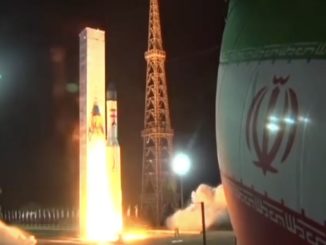 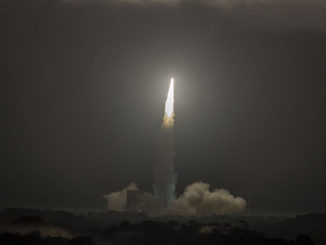 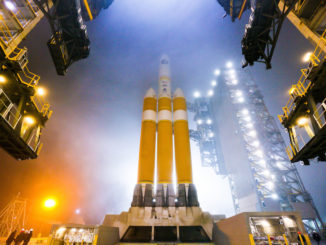