United Launch Alliance moved its next Atlas 5 rocket off its Florida launch pad Wednesday for inspections after a cooling duct unexpectedly disconnected before a planned countdown rehearsal to prepare for liftoff next month with the joint U.S.-European Solar Orbiter mission.

The roll back to the Vertical Integration Facility at Cape Canaveral’s Complex 41 launch pad could delay Solar Orbiter’s liftoff, which was scheduled for Feb. 5 during a two-hour window opening at 11:27 p.m. EST (0427 GMT on Feb. 6).

Officials are not sure why the umbilical duct on the launch pad disconnected Wednesday, but brisk winds on Florida’s Space Coast could be the culprit. Tory Bruno, ULA’s CEO, tweeted that engineers want to be sure the problem was not caused by something else.

ULA planned to fill the Atlas 5 rocket with cryogenic liquid hydrogen and liquid oxygen propellants Wednesday during a simulated countdown, also called a Wet Dress Rehearsal, or WDR. The launcher’s first stage was loaded with RP-1 kerosene fuel Tuesday after rolling out of the vertical assembly building for the quarter-mile trip to pad 41.

“During preparations for Solar Orbiter Wet Dress Rehearsal, a duct which provides cooling to the avionics, became detached from the Centaur upper stage,” ULA said on Twitter. “To be prudent, we will return the vehicle to the Vertical Integration Facility to conduct inspections.”

The Atlas 5 launch team does not perform a WDR before every launch, but NASA requires ULA to perform a fueling demonstration before missions lofting interplanetary probes with limited launch opportunities.

“NASA requires a WDR for missions with limited launch opportunities such as those to planets and the sun,” NASA said. “WDRs allow us to test the rocket early in an effort to mitigate issues that could result in a missed opportunity for launch.”

Instead of performing the Wet Dress Rehearsal on Wednesday and returning the rocket to the VIF on Thursday for attachment of the Solar Orbiter spacecraft, ULA will have to inspect the disconnected duct, determine why it became displaced, and then reattach it before returning the Atlas 5 and its mobile launch platform to pad 41 for another run at the Wet Dress Rehearsal.

Ground teams planned to transfer the European-built Solar Orbiter spacecraft from its processing facility to the VIF at pad 41 this weekend, but that schedule is in jeopardy with the delay in the completion of the Wet Dress Rehearsal.

The Atlas 5 rocket assigned to launch the Solar Orbiter mission was stacked inside the Vertical Integration Facility over the last few weeks. The Atlas 5 will fly in the rarely-used “411” configuration with a 4-meter fairing, a single strap-on solid rocket boosters and a Centaur upper stage powered by a single RL10 engine.

Ten scientific instruments aboard Solar Orbiter will measure the sun’s output and take the first detailed images of the sun’s poles. NASA is paying for the launch of the European Space Agency science probe — built in Britain by Airbus Defense and Space — as part of an international collaboration on the nearly $1.7 billion Solar Orbiter mission.

The Solar Orbiter mission’s launch period opens Feb. 5 and extends through Feb. 23. The mission has 19 daily launch opportunities to depart Earth in February and intercept Venus in December 2020, the first of numerous flybys to use the planet’s gravity to reshape Solar Orbiter’s trajectory around the sun, eventually reaching an orbit inside that of Mercury.

A backup launch opportunity is available in October 2020, but that would require Solar Orbiter to use a different sequence of planetary flybys, delaying the start of the mission’s regular science operations phase from August 2021 to September 2023, officials said.

The gravity assist flybys with Venus will also ratchet up the tilt angle of the spacecraft’s orbit around the sun, enabling Solar Orbiter to take the first images of the sun’s polar regions. 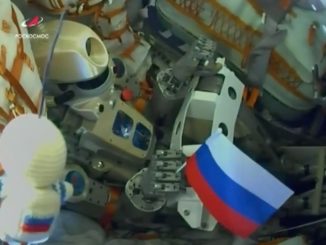 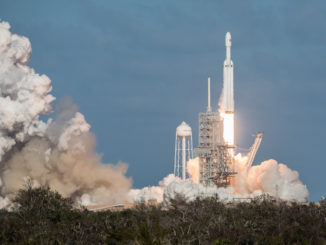