A Northrop Grumman Pegasus XL rocket is back at Cape Canaveral after a cross-country ferry flight Tuesday under an L-1011 carrier jet, ready for final checkouts and a countdown dress rehearsal before an airborne launch off Florida’s east coast Oct. 9 with NASA’s Ionospheric Connection Explorer satellite.

Technicians mated the 634-pound (288-kilogram) ICON spacecraft to the Pegasus XL rocket Sept. 10, then encapsulated the satellite inside the launcher’s payload shroud in a clean room at Vandenberg. Then ground teams transferred the 57-foot-long (17-meter) Pegasus XL rocket to the Vandenberg airfield for attachment underneath the L-1011 carrier plane.

The arrival of the Pegasus rocket at Cape Canaveral begins a week of final inspections, testing and a launch day dress rehearsal.

The flight crew aboard the L-1011 will put the airplane on an easterly heading before commanding the release of the winged Pegasus XL at an altitude of around 39,000 feet (11,900 meters).

Three solid-fueled rocket motors on the Pegasus XL launcher will propel the ICON spacecraft into a 357-mile-high (575-kilometer) orbit.

Like its Pegasus launcher, the ICON spacecraft was built by Northrop Grumman.

ICON’s ride into space has been delayed more than two years by concerns related to its Pegasus rocket.

The mission was originally supposed to launch over the Pacific Ocean near Kwajalein Atoll, the home of a remote U.S. military test site in the Marshall Islands.

Engineers wanted more time to inspect the Pegasus rocket motors after they were mishandled during shipment to Vandenberg. That pushed the launch back from June to December 2017, the next availability in the military-run range at Kwajalein.

NASA and Northrop Grumman tried to launch the $252 million ICON mission twice last year. Both were thwarted by issues related to the solid-fueled rocket’s rudder, which used for aerodynamic stability during the launcher’s first stage burn.

Managers decided to base the launch out of Cape Canaveral, rather than Kwajalein, last summer.

Workers disconnected the ICON spacecraft from the Pegasus rocket late last year and put it in storage while engineers investigated the recurring issues with the launch vehicle.

The satellite was bolted to the rocket again last month as teams readied for a third launch campaign.

Read our earlier story for details on the rudder issues. 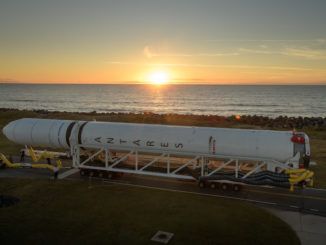 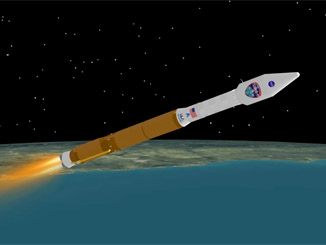 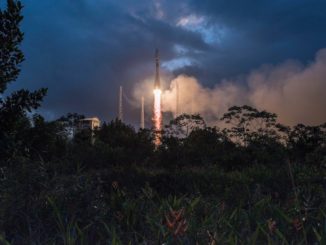