The Falcon 9 booster assigned to launch two NASA astronauts on an orbital test flight of SpaceX’s Crew Dragon capsule has been test-fired in Texas, but the schedule for the long-awaited mission remains unclear.

SpaceX announced the static fire test of the Falcon 9’s first stage in a tweet Aug. 29.

The launch vehicle’s nine Merlin 1D first stage engines ignited on a test stand at SpaceX’s test site in McGregor, Texas, for a hold-down firing before the booster is shipped to Cape Canaveral for final launch preparations.

The 15-story booster produces some 1.7 million pounds of thrust from its nine Merlin engines, which consume super-chilled, densified kerosene and liquid oxygen propellants. During launch, the first stage burns for around two-and-a-half minutes.

The Falcon 9 first stage slated to launch SpaceX’s first piloted Crew Dragon test flight is fresh from the company’s factory in Hawthorne, California. SpaceX is expected to recover the booster aboard an offshore drone ship following the mission’s liftoff from pad 39A at NASA’s Kennedy Space Center in Florida.

NASA astronauts Bob Behnken and Doug Hurley will fly aboard the Crew Dragon spacecraft to the International Space Station. The Crew Dragon demonstration flight will mark the third space mission for both Behnken and Hurley.

The test flight will be SpaceX’s first crewed mission, and will lay the groundwork for regular crew rotation flights using the upgraded Dragon spaceship to ferry astronauts between Earth and the space station.

While preparations of the Falcon 9 launcher appear on track for the Crew Dragon’s first piloted test flight later this year, SpaceX continues working to overcome a setback in April when the company’s first space-worthy Crew Dragon capsule exploded during a ground test at Cape Canaveral.

The explosion destroyed the Crew Dragon spacecraft that flew on the Demo-1 mission to the space station March. Demo-1 was an unpiloted test flight, and Behnken and Hurley’s mission is designated Demo-2.

In response to the accident, SpaceX has moved forward Crew Dragon vehicles coming off the company’s assembly line in Southern California. The vehicle originally built for Behnken and Hurley will now fly on an atmospheric launch abort test to prove the Crew Dragon’s ability to escape an in-flight rocket failure.

SpaceX will now use the third flight-ready Crew Dragon for the Demo-2 mission with Behnken and Hurley.

Engineers believe a leak of propellant inside the Crew Dragon spacecraft’s propulsion system — caused by a faulty check valve — led to the Crew Dragons explosion April 20. No one was injured in the accident.

SpaceX is replacing check valves inside the abort propulsion system on future Crew Dragon vehicles to prevent similar leaks from occurring in the future. Hans Koenigsmann, SpaceX’s vice president of build and flight reliability, said last month that the company plans to conduct the in-flight abort test in the October or November timeframe, followed by the orbital demo flight with Behnken and Hurley “hopefully this year.”

Boeing, NASA’s other commercial crew contractor, has not yet flown its Starliner crew capsule in space. A Starliner test flight to the space station without astronauts aboard is scheduled some time before the end of the year, and will lift off on a United Launch Alliance Atlas 5 rocket.

A Crew Flight Test of the Starliner capsule will follow the unpiloted test flight, but Boeing’s schedules remain just as murky as SpaceX’s. 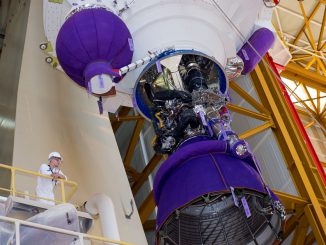 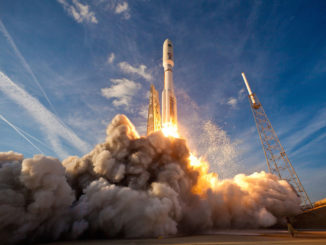 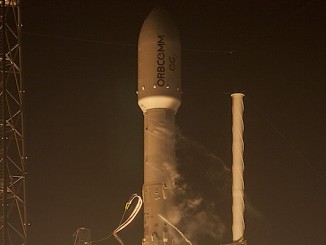