The European Space Agency has confirmed a parachute for the ExoMars rover mission set for launch next July failed during a test over Sweden earlier this month, the project’s second parachute test accident since May.

The failure during a high-altitude parachute test Aug. 5 was a setback for the ExoMars team as engineers work toward a 19-day launch window that opens July 25, 2020. It was the second parachute failure ExoMars engineers have encountered in pre-launch testing, following a similar accident May 28.

Four parachutes — two pilot chutes and supersonic and subsonic main chutes — will slow the ExoMars lander after it enters the Martian atmosphere. The lander will jettison the parachutes and ignite braking rockets to slowly settle onto the surface of Mars.

Engineers implemented changes to the critical parachute system after the May 28 accident, but the follow-up test also ran into trouble, ESA said in a statement Monday. ESA and industrial teams conducted both tests from the Esrange Space Center, operated by the Swedish Space Corp. in far northern Sweden.

“Preliminary assessment shows that the initial steps were completed correctly, however damages to the canopy were observed prior to inflation, similar to the previous test,” ESA said of the Aug. 5 test. “As a result, the test module descended under the drag of the pilot chute alone.”

During the May 28 test, engineers tested all four parachutes in the ExoMars landing system after dropping a test vehicle from a stratospheric balloon around 29 kilometers (95,000 feet) in altitude.

During a normal landing sequence, a pilot chute is supposed to pull out and unfurl a 15-meter (49-foot) supersonic main parachute, a larger version of the disc-gap parachute successfully flown on Europe’s Huygens probe at Saturn’s moon Titan. Once the vehicle slows below the speed of sound, a second pilot chute will extract a 35-meter (114-foot) subsonic main parachute, which will be the largest ever flown on Mars and uses a different “ring-slot” design intended to produce more drag.

In a statement Monday, ESA said the “overall sequence” was completed during the May 28 test, and all deployment mechanisms functioned as intended. Both main parachute canopies suffered tears in their fabric, but the chutes did generate a “good level of the expected aerodynamic drag,” ESA said.

After making changes to the parachutes and their bags, ground crews proceeded with a second high-altitude test Aug. 5, focusing on just the larger, subsonic main parachute, ESA said. That test also produced an unsatisfactory result.

“It is disappointing that the precautionary design adaptations introduced following the anomalies of the last test have not helped us to pass the second test successfully, but as always we remain focused and are working to understand and correct the flaw in order to launch next year,” said Francois Spoto, ESA’s ExoMars team leader.

ESA said engineers have recovered all hardware from the Aug. 5 test for inspections. Teams are also analyzing video and telemetry from the test to determine what went wrong.

Two more high-altitude parachute tests, one for each main parachute, are planned later this year and in early 2020. Those tests must produce good results — and remain close to their current schedules — if the ExoMars lander is to remain on track to launch in July or August 2020, officials said.

The larger of the ExoMars mission’s two main parachutes worked as designed during a low-altitude drop test in Sweden last year.

The 35-meter parachute for the ExoMars mission is manufactured the Italian company Arescosmo. The British engineering form Vorticity Ltd. carries out the test campaign in Sweden under the supervision of Thales Alenia Space’s French division, which has overall responsibility for the ExoMars parachute system.

“Getting to Mars and in particular landing on Mars is very difficult,” Spoto said in a statement. “We are committed to flying a system that will safely deliver our payload to the surface of the Mars in order to conduct its unique science mission.”

If the ExoMars lander and rover miss the launch window next year, the next opportunity to depart Earth on a direct flight to Mars will come in late 2022. Mars planetary launch windows open about once every 26 months, when Earth and Mars are located in the right positions in the solar system to make a direct trip possible.

The ExoMars Trace Gas Orbiter launched in March 2016 and is now surveying the Martian atmosphere with suite of scientific instruments to search for methane, and a camera to map changes on the planet’s surface. The Trace Gas Orbiter launched aboard a Russian Proton rocket in tandem with a landing craft named Schiaparelli, which crashed on the Red Planet on final descent.

Like its orbiter precursor, the second ExoMars mission will launch on a Russian Proton booster from the Baikonur Cosmodrome in Kazakhstan. A European-made carrier module will shepherd the ExoMars lander from Earth to Mars, where a Russian-made descent stage will deliver the European ExoMars rover to the surface.

The Russian descent stage will remain operational as a stationary lander platform — named Kazachok, Russian for “little Cossack” — to conduct its own scientific measurements, while the European rover will drive several kilometers and drill to a depth of 2 meters (6.6 feet) to collect core samples for analysis in the mobile robot’s on-board laboratory.

Scientists have never studied material from so deep below the Martian surface, where biomarkers and organic molecules could survive from life forms that may have inhabited the planet when it was warmer and wetter billions of years ago.

Italy is the largest financial contributor to the ExoMars program, with Thales’ Italian division taking charge of all European industrial work. Britain is ExoMars’ second-biggest financial backer, and Airbus Defense and Space’s factory in Stevenage north of London is charged with building the rover vehicle itself.

The ExoMars rover is named for Rosalind Franklin, a British chemist and X-ray crystallographer whose work contributed to the discovery of the twisting double helix shape of DNA molecule. The Rosalind Franklin vehicle, now under final assembly in Stevenage, is the first European Mars rover.

The Rosalind Franklin rover and Kazachok lander were previously supposed to launch in 2018, but officials rescheduled the mission for 2020 after both vehicles ran into development delays.

Jorge Vago, ESA’s ExoMars project scientist, said July 26 that the teams at Airbus in Stevenage have mated the main structure of the Rosalind Franklin rover with the Analytical Laboratory Drawer, an instrument box which holds equipment to deliver rock and soil samples to three scientific instruments housed inside the container.

The connection of the rover structure with the instrument housing was a major milestone in the rover’s assembly, Vago said. The rover’s drill has also been installed, and the robot’s suspension system and six wheels will be added later.

“At the moment, on the rover, the only thing that is missing is the locomotion system,” Vago said in a July 26 presentation to NASA’s Mars Exploration Program Analysis Group. “Everything else has been already mounted.”

The rover is smaller than NASA’s Curiosity rover currently exploring Mars, and somewhat larger than the Spirit and Opportunity rovers that landed on the Red Planet in 2004.

In March, the Kazachok landing platform arrived at a Thales Alenia Space facility in Turin, Italy, from its NPO Lavochkin factory in Russia. More descent module components, such as the aerodynamic shield and the lander’s solar panels, arrived in Italy from Russia in June.

The ExoMars cruise stage, which will carry the lander and rover to Mars, arrived at Thales Alenia Space’s Turin site in April from its manufacturer OHB System in Germany.

Once complete, the Rosalind Franklin rover will ship from the United Kingdom to an Airbus facility in Toulouse, France, for environmental testing, according to ESA. 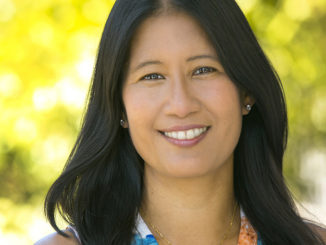 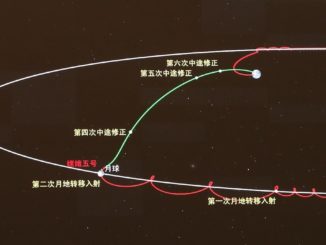 Chinese spacecraft heading back to Earth with lunar samples 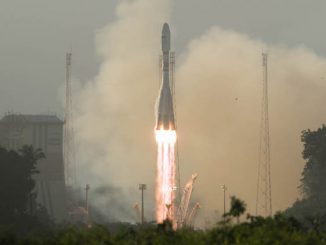