In a bid to keep the first SLS test flight on a schedule for liftoff in 2020, NASA officials weighed options to shorten or cancel the eight-minute ground test-firing of the rocket’s core stage, and instead ignite the rocket for the first time for a test-firing of several seconds on its launch pad in Florida.

The first SLS test flight, carrying an unpiloted Orion crew capsule to lunar orbit, is set for blastoff in 2021 from pad 39B at NASA’s Kennedy Space Center in Florida. The mission is designated Artemis 1, the first flight in NASA’s newly-renamed Artemis program to return astronauts to the moon as a stepping stone toward eventual expeditions to Mars.

NASA has planned the so-called “green run” test of the SLS core stage since the program’s genesis in 2011, when officials anticipated the SLS to be ready for its debut launch in 2017.

For more than half a decade, workers at NASA’s Stennis Space Center in southern Mississippi have modified and outfitted the B-2 test stand — previously used for Saturn 5, space shuttle and Delta 4 rocket testing — to accommodate the 212-foot-tall (64.6-meter), 27.6-foot-wide (8.4-meter) SLS core stage.

In a tweet announcing the decision, Bridenstine said NASA is pressing ahead with the green run test because “astronaut safety is our #1 priority.” He added that the green run increases the probability of a successful moon landing by astronauts in 2024, a charge issued to NASA by the Trump administration.

Liquid hydrogen and liquid oxygen tanks inside the SLS core stage will hold 733,000 gallons of propellant to feed four RS-25 main engines, collectively generating more than 2 million pounds of thrust at full throttle. The RS-25 engines, supplied by Aerojet Rocketdyne, are left over powerplants from the space shuttle program.

Unlike full-stage firings of previous rockets, the green run test at Stennis will use the same core stage that will fly on the first SLS launch, and not a ground test article.

“The term ‘green’ refers to the new hardware that will work together to power the stage, and ‘run’ refers to operating all the components together simultaneously for the first time,” NASA officials wrote in a statement this week. “Many aspects will be carried out for the first time, such as fueling and pressurizing the stage, and the test series culminates with firing up all four RS-25 engines to demonstrate that the engines, tanks, fuel lines, valves, pressurization system, and software can all perform together just as they will on launch day.”

Built by Boeing, the SLS core stage is under construction at NASA’s Michoud Assembly Facility in New Orleans. But difficulties in completing the core stage have delayed the first SLS mission from 2020 to 2021, a target launch schedule now four years behind the program’s original plan.

The main issues recently encountered by Boeing teams at Michoud involve final assembly of the SLS engine section, which will house the four RS-25 engines and their associated electronics, plumbing and other hardware.

“The SLS core stage is an engineering feat that includes not only the largest rocket propellant tanks ever built but also sophisticated avionics and main propulsion systems,” said Lisa Bates, SLS deputy stages manager. “While the rocket is designed to evolve over time for different mission objectives, the core stage design will remain basically the same. The green run acceptance test gives NASA the confidence needed to know the new core stage will perform again and again as it is intended.”

Once the core stage is finished at Michoud, a NASA barge will haul the rocket from New Orleans to the Stennis Space Center for installation on the B-2 test stand. The shipment of the core stage to Stennis is scheduled around the end of the year.

After activating the rocket and putting its components through a series of individual tests, NASA will ignite the four RS-25 engines as restraints on the test stand keep the core stage — covered in a skin of orange foam insulation — firmly on the ground.

The entire test sequence at Stennis is expected to last around five months, then the core stage will be transported to the launch site in Florida, where teams will integrate it with two solid rocket boosters and a hydrogen-fueled upper stage. The five segments of the solid-fueled boosters and upper stage are already complete.

“With green run, we verify each individual component operates well within the core stage system,” Bates said in a statement. “It’s more than testing. It’s the first time the stage will come to life and be fully operational from the avionics in the top of the core stage to the engines at the bottom.”

Bill Gerstenmaier, who led NASA’s human spaceflight programs until his reassignment earlier this month, told a NASA advisory committee earlier this year that the green run test is “effectively a design test where you want to check out the pressurization system” of the core stage and its four engines.

“All four engines will run for about the eight minute timeframe, maybe a little bit less,” Gerstenmaier said earlier this year, before his demotion to become a special advisor to NASA’s deputy administrator. “What happens is you tap hydrogen off and you tap oxygen off and those feed and go up and pressurize the tanks. We don’t have any other place where we can see this operate as an integrated system, really, other than at Stennis.

For the full-up green run test, the SLS core stage will throttle its engines to different power settings, following a profile that mimics the thrust levels the engines will use during launch.

“We can do a shorter duration firing in Florida if you wanted to, but then you get a six-second, 10-second kind of firing,” Gerstenmaier said. “We’d like to run a little bit longer to actually go through the thrust profile that we would normally see with the engines to make sure the pressurization system works. We’d also like to let the tank drain a little bit so we can see how thermal conductivity works in, make sure we understand how all that works and there’s not something we missed in our models.”

The Artemis 1 mission in 2021  will set the stage for Artemis 2, the first SLS/Orion mission with astronauts on-board, to fly around the moon and back to Earth in 2022 or 2023.

Meanwhile, NASA is partnering with commercial companies to assemble modules of a mini-space station named Gateway with a lunar lander around the moon in time for another SLS/Orion crew attempt a landing on the moon’s surface by the end of 2024.

But that schedule still hinges on the accelerated lunar landing program, anticipated to cost at least $20 billion over NASA’s currently planned budget, obtaining support in Congress. And there is little margin for error in the schedule for final development of the SLS, Orion, Gateway and lunar lander elements. 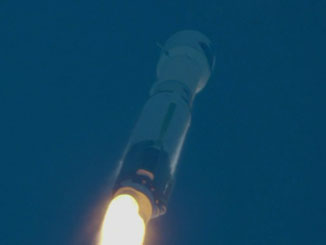 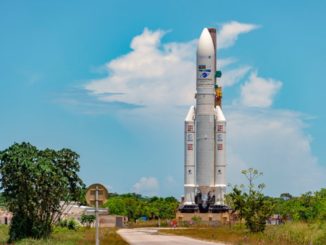