A nanosatellite launched aboard SpaceX’s Falcon Heavy rocket last month has unfurled a solar sail membrane and is using light pressure from the sun to change its orbit around Earth, pioneering techniques that could be used by future missions traveling to the sun’s stellar neighbors.

The LightSail 2 spaceraft unfurled a 344-square-foot (32-square meter) solar sail July 23 after a command uplinked by flight controllers at Cal Poly in San Luis Obispo, California, according to the Planetary Society, the space advocacy group that manages the mission.

Images beamed down by LightSail 2 the next day showed the Mylar solar sail, about the size of a boxing ring, fully deployed as the spacecraft sailed some 450 miles (720 kilometers) over the Pacific Ocean southwest of Baja California.

The crowdfunded LightSail 2 mission was one of 24 satellites launched by a SpaceX Falcon Heavy rocket June 25 from NASA’s Kennedy Space Center in Florida. At the time of launch, LightSail 2 was cocooned inside a larger spacecraft named Prox 1, which released the solar sail craft a week into the mission.

Based on a CubeSat platform, LightSail 2 was about the size of a loaf of bread when folded up for launch. A few days after separating from Prox 1, LightSail deployed solar panels to begin recharging the craft’s lithium-ion batteries, then officials sent the command to open the sail July 23, somewhat later than originally planned to allow extra time for engineers to fine-tune the CubeSat’s attitude control system.

The mission’s primary goal is to demonstrate the viability of using a solar sail as a means of propulsion for CubeSats and other small satellites. Attached to four cobalt alloy booms, the solar sail is made up of four individual pieces made of material thinner than the width of a human hair.

Light pressure from the sun will impart a tiny measure of acceleration on the sail, but it will be enough to change LightSail 2’s orbit.

Telemetry radioed to the ground by LightSail 2 shows the spaceraft is turning its sail broadside to the once per orbit. That orientation allows for pressure from solar photons, or units of light, to push on the sail with a force no more than the weight of a paperclip, according to the Planetary Society.

The nudge from solar light pressure will reshape LightSail 2’s orbit over the next month, raising the spacecraft’s apogee, or peak altitude, while bringing the CubeSat’s perigee, or low point, closer to Earth.

Future satellites with solar sails could have more advanced attitude control systems to steer the sail and circularize their orbits.

The LightSail 2 experiment is the second solar sailing CubeSat developed by the Planetary Society, and the group’s third attempt overall at a solar sail experiment in low Earth orbit.

A predecessor mission named LightSail 1 lifted off aboard a United Launch Alliance Atlas 5 rocket in May 2015.

The LightSail 1 CubeSat successfully expanded its solar sail, but the spacecraft’s altitude was too low to demonstrate sailing on sunlight. At LightSail 1’s altitude, aerodynamic drag influenced the craft’s orbit more than the minuscule effect from sunlight.

An earlier solar sail experiment led by the Planetary Society, named Cosmos 1, failed to reach orbit after a launch from a Russian submarine.

NASA provided the launch of the LightSail 1 mission in 2015 on an Atlas 5 rocket, and the U.S. Air Force Research Laboratory provided LightSail 2 with a ride into orbit on SpaceX’s Falcon Heavy.

LightSail 2’s demonstration comes after the Japanese IKAROS mission became the first spacecraft to rely solely on solar sailing for propulsion. IKAROS launched with Japan’s Akatsuki mission toward Venus in 2010, and opened its 2,110-square-foot (196-square-meter) sail in interplanetary space.

A NASA-funded CubeSat mission named NEA Scout will employ a solar sail to travel to a near-Earth asteroid after flying into deep space on the first mission of NASA’s Space Launch System heavy-lift rocket.

Future solar sails could be powered by laser light arrays to accelerate toward other stars, achieving speeds impossible with conventional rocket engines.

LightSail 2 will re-enter Earth’s atmosphere and burn up after about a year in orbit. 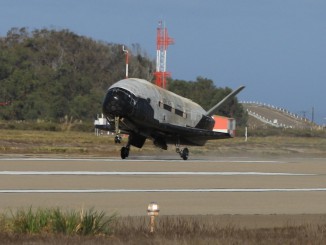 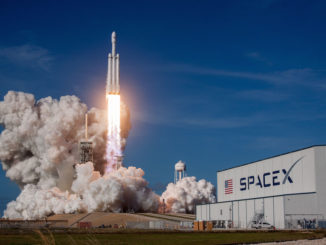 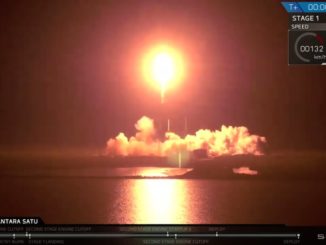