Using 21st century images taken by NASA’s Lunar Reconnaissance Orbiter, scientists have reconstructed the view Neil Armstrong had outside the window of the Apollo 11 lunar module as he guided the spacecraft to a safe landing site on the moon 50 years ago.

In orbit around the moon since 2009, the Lunar Reconnaissance Orbiter has mapped the moon in unprecedented resolution, helping identify safe landing sites for future missions by robots and humans.

Scientists used images taken by the Lunar Reconnaissance Orbiter Camera, or LROC, instrument to simulate Armstrong’s view out his window of the lunar module Eagle as it descended to the moon July 20, 1969.

The only imagery available from Apollo 11’s final descent comes from a 16 millimeter camera mounted in Buzz Aldrin’s window inside the lunar module, which recorded video at 6 frames per second.

“The LROC team reconstructed the last three minutes of the landing trajectory (latitude, longitude, orientation, velocity, altitude) using landmark navigation and altitude callouts from the voice recording,” scientists wrote on the LROC website. “From this trajectory information, and high resolution LROC (Narrow Angle Camera) images and topography, we simulated what Armstrong saw in those final minutes as he guided the (lunar module down to the surface of the moon.

“As the video begins, Armstrong could see the expected landing point was on the rocky northeastern flank of West crater (190 meters diameter), leading him to take manual control and fly horizontally, searching for a safe landing spot,” the LROC team wrote.

Armstrong was too busy flying the lunar module to discuss the diversion with mission control, which called out how many seconds of fuel remained in the spacecraft’s propellant tanks.

“After flying over the hazards presented by the bouldery flank of West crater, Armstrong spotted a safe spot about 500 meters (about 1,600 feet) down track where he carefully descended to the surface,” scientists wrote in a description of the reconstructed video. “Just before landing, the (lunar module) flew over what would later be called Little West crater (40 meters diameter) and Armstrong would visit and photograph this crater during his extra-vehicular activity.

“Of course, during the landing, Armstrong was able to lean forward and back and turn his head to gain a view that was better than the simple, fixed viewpoint presented here,” scientists wrote. “However, our simulated movie lets you relive those dramatic moments.” 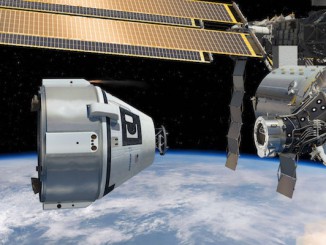 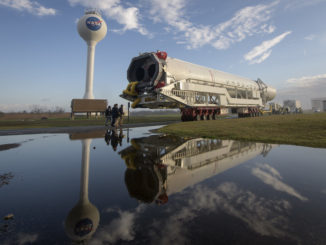 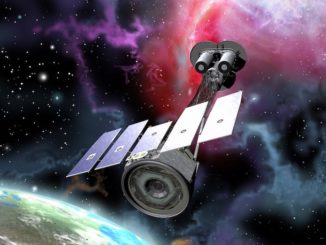