ULA is retiring the Delta 4-Medium rocket after next month’s launch, but will continue flying the Delta 4-Heavy rocket through at least 2024 to carry clandestine payloads into orbit for the National Reconnaissance Office, which owns the U.S. government’s spy satellite fleet.

Positioned on a 36-wheel diesel-fueled transporter, the Delta 4’s first and second stages — already mated together — emerged from ULA’s Horizontal Integration Facility on May 28 for the short drive to Cape Canaveral’s Complex 37 launch pad. A hydraulic lift raised the rocket vertical inside the launch pad’s mobile gantry May 29, and workers installed a pair of solid-fueled boosters on each side of the orange first stage May 31 and June 3.

The Delta 4’s first and second stages, powered by hydrogen-fueled Aerojet Rocketdyne engines, were connected together inside ULA’s hangar near the launch pad before last week’s rollout.

The Delta 4-Medium’s final launch will deliver the second in a new generation of U.S. Air Force Global Positioning System satellites into an elliptical transfer orbit ranging more than 12,000 miles (about 20,000 kilometers) from Earth at its highest altitude.

The GPS 3 SV02 navigation satellite, nicknamed “Magellan” and built by Lockheed Martin, arrived at the Florida spaceport in March for final launch preparations. It will be added atop the Delta 4 rocket closer to launch, wrapped inside the launcher’s protective nose cone.

The first of the new generation of GPS satellites, named “Vespucci,” launched in December aboard a SpaceX Falcon 9 rocket. The GPS network provides positioning and timing services worldwide for military and civilian users.

The launch, scheduled for the morning of July 25, will mark the 40th flight of a Delta 4 rocket since 2002. It will be the 29th rocket to fly in the Delta 4-Medium configuration, with variants that include zero, two, or four strap-on solid rocket boosters, and options for two different payload fairing sizes.

Originally designed and developed by Boeing, the Delta 4 rocket became part of ULA when the company was formed in 2006 by the merger of the Delta and Atlas launch vehicle divisions of Boeing and Lockheed Martin. ULA’s primary business has been in launching U.S. national security satellites, and the Air Force’s policy requires two rocket families be available to carry military payloads into space, in case one of the launchers runs into reliability woes.

ULA announced in 2014 it would retire the single-stick medium-lift version of the Delta 4. SpaceX’s Falcon 9 and Falcon Heavy rockets are now certified by the Air Force to haul national security payloads into orbit. That places the Falcon and Atlas launcher families from SpaceX and ULA in head-to-head competitions for military launch contracts until a new generation of rockets come online in the early 2020s, including ULA’s Vulcan Centaur, Blue Origin’s New Glenn, and Northrop Grumman’s planned OmegA system.

The Delta 4 the more expensive of ULA’s two rocket families, hence the company’s  decision to retire it, and not the Atlas 5. But the Delta 4-Heavy variant will remain operational at least five more years. The National Reconnaissance Office, using the Air Force as a contracting agent, has purchased five more Delta 4-Heavy missions through 2024. 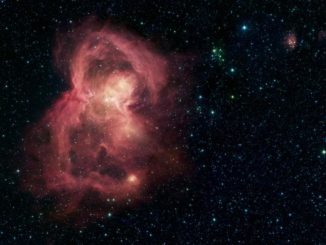 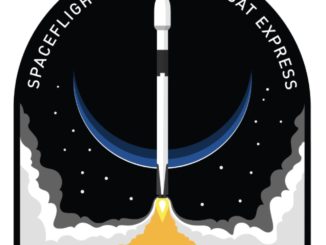 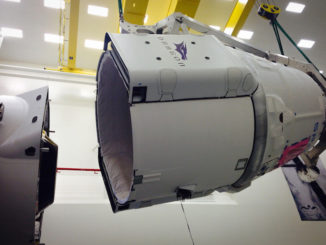