A $110 million NASA science instrument twice targeted for cancellation by the Trump administration is set for launch Tuesday inside the trunk of a SpaceX Dragon cargo capsule for delivery to the International Space Station, where it will spend three years charting changing carbon dioxide concentrations in Earth’s atmosphere.

Once mounted outside the space station’s Kibo lab module, the instrument package will scan the planet between 52 degrees north and 52 degrees south latitude with the sensitivity to measure carbon dioxide levels to a precision better than one part per million, or within about 0.3 to 0.5 percent of the total carbon dioxide present in the atmosphere.

The Orbiting Carbon Observatory-3, or OCO-3, instrument is a follow-up to NASA’s OCO-2 satellite launched in 2014. OCO-2 was designed for a two-year mission, but continues collecting carbon dioxide data in its fifth year of operations.

“The key motivation for the OCO-3 experiment is to continue this record of carbon dioxide,” said Annmarie Eldering, OCO-3 project scientist at NASA’s Jet Propulsion Laboratory in Pasadena, California. “OCO-2 was built to last two years, we’ve had it up there for four years, but there’s always a risk it’s not going to survive.

“We’d like to have measurements that cover a long duration, and OCO-3 is going to help add to that record,” Eldering said.

OCO-3’s high-resolution spectrometers are fitted to an Earth-pointing telescope with the ability to scan side-to-side, allowing the instrument to measure carbon dioxide in 50-mile by 50-mile (80-kilometer) squares in as little as two minutes. Within that zone, OCO-3 can collect a snapshot of carbon dioxide levels over 1-mile-wide (1.6-kilometer) footprints.

The instrument will also observe faint light emitted by plants during photosynthesis, the process by which they convert light into energy, breathing in carbon dioxide and putting out oxygen. The light signal is called solar-induced fluorescence.

“When plants are doing photosynthesis, they emit a little bit of light, and we can sense that light in our measurements,” Eldering said. “So we have a measure of plant photosynthesis activity in combination with the carbon dioxide.”

Teams at JPL built OCO-3 around a spare instrument originally manufactured for OCO-2, but the new mission is more than a carbon copy, according to NASA scientists.

OCO-2 flies in a polar sun-synchronous orbit providing nearly global coverage, whereas the space station’s orbit does not pass over the poles. OCO-2’s orbit is timed to allow the spacecraft to fly over the same region of the planet in the early afternoon — roughly 1:30 p.m. local time — every day.

The space station’s orbit is not synchronized with the sun, allowing observations over time to cover the entire day, from sunrise to sunset.

“That’s really important because plants respond to sun, so we need to see them behaving across the day,” Eldering said.

“We can see how they’re acting in the morning, at midday, what happens when it’s really hot in the afternoon?” she said.

The OCO-3 mission cost around $110 million, including expenses to modify the already-built sensors for use on the space station, according to Eldering. NASA spent $467 million on the instrument, spacecraft and launch vehicle for the OCO-2 mission. Most of those expenses are not required for a hosted payload flying on the space station.

NASA’s efforts to establish a series of carbon dioxide-monitoring satellites have faced setbacks.

The first Orbiting Carbon Observatory, or OCO-1, was lost in a launch failure on a Taurus XL rocket in 2009. The Obama administration approved the OCO-2 replacement mission, which launched in July 2014 on a Delta 2 booster, and the follow-on OCO-3 mission using spare hardware.

Since the beginning of the Trump administration, the White House twice proposed eliminating OCO-3 from NASA’s budget, along with other Earth science missions, including the Earth-facing instruments on the Deep Space Climate Observatory spacecraft stationed a million miles (1.5 million kilometers) from Earth.

The Trump administration has also proposed cancelling the Plankton, Aerosol, Cloud, ocean Ecosystem, or PACE, satellite mission, and the Climate Absolute Radiance and Refractivity Observatory Pathfinder, or CLARREO Pathfinder mission, on three occasions. The White House’s fiscal year 2020 budget proposal, released earlier this year, did away with the request to terminate funding for the OCO-3 and DSCOVR missions.

Congress continued to fund OCO-3 and the other Earth science missions in fiscal year 2018 and 2019 budget bills signed by President Trump, keeping the projects alive.

“Since about the start of the industrial revolution, we’ve seen CO2 levels in the atmosphere increase by about 30 percent,” said Ralph Basilio, NASA’s OCO-3 project manager at JPL. “Human activity is causing a tipping of the scales, this very fine delicate balance that we have in what we call the carbon cycle.”

“OCO-3 is going to specifically produce a dataset of carbon dioxide measurements,” Basilio said. “We’d like to be able to keep an eye on this atmospheric CO2. Where did it come from? Where is it going? And how is it related to other global processes?”

Carbon dioxide is a greenhouse gas, and scientists say rising levels of CO2 in the atmosphere caused by the burning of fossil fuels is driving temperatures warmer. Like its predecessor OCO-2, the OCO-3 instrument will seek to identify natural and human-made sources and sinks of carbon dioxide, places where the gas is emitted into the atmosphere and ingested into plants and oceans.

Eldering said plants and oceans take out about half of the carbon dioxide produced by human activity, dampening the impact of rising CO2 emissions. But there’s some variability year-to-year.

“We think it’s tied to things like El Niño, drought, precipitation and temperature, but we really need to understand more if we want to predict accurately what will happen in the future,” Eldering said. “We’ve got to understand these processes.”

Using the new targeted pointing capability, which is not available on the OCO-2 satellite, the OCO-3 instrument will take snapshots of carbon dioxide concentrations over the oceans, forested regions, volcanoes, cities and industrial zones, such as power plants.

“This capability of OCO-3 to map out some of those areas and start to see some change over time, that really is how we’re going to advance our understanding and our modeling for the future of understanding our climate,” Eldering said.

OCO-3’s ability to measure carbon dioxide at all times of the day will also help scientists collect more observations without interference from clouds, which are more prevalent in the afternoon, when OCO-2 flies overhead.

“For example, the vast carbon stores of the rapidly changing Amazon rainforest are a critical part of Earth’s carbon cycle, but when OCO-2 flies over the forest at about 1:30 p.m., afternoon clouds have usually built up, hiding the region from the instrument’s view,” NASA said in a press release. “OCO-3 will pass the Amazon at all times of day, capturing far more cloud-free data.

In the above video, scientists used data from NASA’s OCO-2 satellite to create a model of carbon dioxide motion in the atmosphere from Sept. 1, 2014, to Aug. 31, 2015.

The OCO-3 instrument is about the size of a refrigerator. The package will ride to the space station in the rear payload bay of a SpaceX Dragon cargo capsule set for launch Tuesday from Cape Canaveral.

Assuming an on-time launch, the robotic cargo carrier is scheduled to arrive at the space station next Thursday, May 2. Several days later, the station’s Canadian-built Dextre robot will pull the instrument from the Dragon spacecraft’s unpressurized trunk and hand it off to a Japanese robotic arm, which will position OCO-3 on the external science deck outside of the station’s Kibo lab module.

After activation, OCO-3 is designed to collect carbon dioxide data for at least three years, and it requires no assistance from the astronauts living on the space station.

OCO-3 will be joined in the Dragon’s trunk by a pallet sponsored by the U.S. military’s Space Test Program containing multiple experiments for the Defense Department, NASA and university researchers. The STP-H6 payload will also be mounted outside the space station to conduct its investigations, which include an X-ray communications experiment that could prove useful for deep space probes and hypersonic missiles.

Several tons of food, experiments and supplies will also ride to the station inside the Dragon capsule’s pressurized compartment. 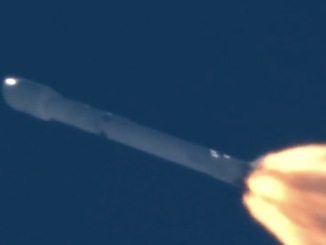 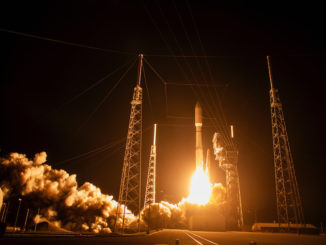 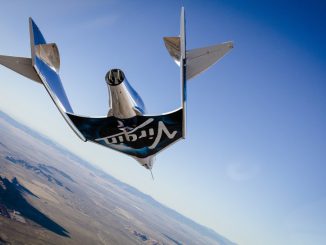