NASA has selected a space telescope named SPHEREx for launch in 2023 on a mission to survey the sky in near-infrared wavelengths, collecting spectral data to study the origins of the universe and ices in our own galaxy that could help seed life on planets.

The small-sized telescope is projected to cost $242 million to develop and build — excluding launch costs — and will be NASA’s next Medium-class Explorer, or MIDEX, mission. SPHEREx will scan the sky once every six months, observing hundreds of millions of stars and galaxies from its perch in low Earth orbit.

“With this announcement, we look forward to building SPHEREx,” said Jamie Bock, the mission’s principal investigator at Caltech, in a statement. “SPHEREx will explore the beginning of the universe, the history of galaxy formation, and the role of interstellar ices during the birth of new stars and planets, while providing a unique all-sky data set for astronomy.”

The Spectro-Photometer for the History of the Universe, Epoch of Reionization and Ices Explorer, or SPHEREx, will collect data about the constituents of dust clouds and interstellar ices that come together to form stars and planets, and the large-scale structure of galactic clusters. The information could tell scientists more about the origin of life-supporting organic molecules and water, and the nature of the ancient universe.

Much of Bock’s research has focused on studying cosmic inflation, a theory that predicts the universe exponentially expanded a fraction of a second after the Big Bang. Experiments developed by Bock and his colleagues have probed the ancient universe, searching for clues that might support the inflationary model of how the cosmos grew and evolved to eventually begin forming stars and galaxies.

The cosmic microwave background, the relic heat from the Big Bang measured by NASA and ESA space missions such as COBE, WMAP and Planck, is nearly uniform. The cosmic microwave background measurements suggest only modest density and temperature fluctuations throughout the universe around 380,000 years after the Big Bang, before the first galaxies.

Polarization signals from the dawn of time could help confirm that inflation did, in fact, occur, and provide clues about the physical processes that drove it.

SPHEREx will take a different tack on the one of the most provocative questions in cosmology. Instead of trying to detect a signal from the time just after the Big Bang some  13.8 billion years ago, the new NASA space mission will trace the signature of inflation on the distribution of galaxies throughout the observable universe. The nature of inflation should have left a fingerprint on the position of galaxies today, Bock said.

“It’s the first all-sky spectral survey of its kind, basically we map every pixel in the sky, in a range of wavelengths — actually in 96 spectral bands,” Bock said in an interview with Spaceflight Now. “The whole trick is to do that efficiently and quickly. It’s not a big telescope, but it has a lot of light-gathering power. It’s got a big field-of-view, so it’s designed to this rapid survey.”

Spaceflight Now members can read a transcript of our full interview with Jamie Bock. Become a member today and support our coverage.

“Inflation happened less than a nanosecond after the Big Bang, it is thought,” Bock said. “That is the dominant theory … Inflation sets up fluctuations, initial density fluctuations, that galaxies fall into, and galaxies form in. So you can turn that round. In other words, you can measure the structure of galaxies on large scales to trace out those initial fluctuations. That’s actually sensitive to inflationary physics, as it turns out. That’s what we’re doing with SPHEREx.

“We’re a small telescope, so we’re not going deep into individual fields, but we cover the whole sky. This survey has a very large volume, so we can see fluctuations, set up by inflation, that galaxies trace on these large spatial scales. It turns out there’s some unique stuff you can prove about the properties of inflation from that, which is pretty remarkable. Inflation was a big event, so its signatures are still with us today.”

Closer to home, SPHEREx’s gaze will reveal information about stellar nurseries, where matter clumps together to form stars and planets.

“As it turns out, when stars are born in a medium, they’re born in these dense molecular clouds,” Bock said. “Water isn’t in the form of water vapor. By and large, it’s in the form of ice that’s bound in the grains of interstellar dust. Not a lot is known about the role of ices in forming star systems or planetary systems, but we think that ice from the interstellar medium finds its way into solar systems as they’re evolving. In particular, in our own system, it’s thought that the water that came to Earth had an interstellar origin one way or another.

“So we will be doing an all-sky survey of the abundance of ices,” he said. “It’s not just water ice. It’s also organic ices like methanol and carbon dioxide. Those ices are known to exist as well. So this will be a boon.”

Scientists will likely find other uses for SPHEREx’s dataset, which will produce an all-sky map once every six months. SPHEREx’s mission is scheduled to last at least two years.

“This amazing mission will be a treasure trove of unique data for astronomers,” said Thomas Zurbuchen, associate administrator for NASA’s science mission directorate. “It will deliver an unprecedented galactic map containing ‘fingerprints’ from the first moments in the universe’s history. And we’ll have new clues to one of the greatest mysteries in science: What made the universe expand so quickly less than a nanosecond after the Big Bang?”

This afternoon while at @NASAJPL, I notified Jamie Bock, @Caltech professor and the future SPHEREx mission Principal Investigator, that his proposal will become a NASA mission. I’m happy I could tell him this exciting news in person. Watch:

SPHEREx’s telescope will measure just 8 inches (20 centimeters) in diameter, a modest aperture for a space observatory. Light gathered by the mission will shine on a detector array equivalent to a 24-megapixel camera, and light filters in the instrument will make each part of the detector array sensitive to different bands of optical and near-infrared light. The novel observing technique allows SPHEREx to make a spectroscopic survey without the need for a dedicated spectrometer.

“The band path of the filter varies continuously over the detector array, so each part of the detector array is looking at a different color,” Bock said. “You take a picture, and in that picture, at different places in the sky, you see a different color, which is not what you want for an individual object, but it’s a very efficient way to make measurements. So to measure the spectrum of an individual object, you just need a bunch of pictures.”

Built by Ball Aerospace, the SPHEREx spacecraft will circle Earth in a polar orbit at an altitude of around 435 miles (700 kilometers). Bock said SPHEREx will weigh less than 400 pounds — about 178 kilograms — at launch, with a deployable light shield to keep the sun and light reflected off the Earth out of the telescope’s field-of-view.

“One of the things is because it’s radiatively-cooled, that’s a very low-mass approach,” Bock said. “There’s no mechanical cooler or power required for that.”

NASA’s Jet Propulsion Laboratory will manage the SPHEREx mission, and the Korea Astronomy & Space Science Institute will assist in scientific analysis and contribute a cryogenic test chamber for SPHEREx.

SPHEREx was one of two finalist mission concepts considered for NASA funding in a competition begun in 2016. NASA officials chose SPHEREx over a competing concept named Arcus, an X-ray astronomy mission.

Previous missions in NASA’s MIDEX line include the Transiting Exoplanet Survey Explorer, or TESS, which launched last year to search for exoplanets around bright, nearby stars, the WISE infrared surveyor, and the THEMIS mission that studied Earth’s auroras. NASA’s Ionospheric Connection Explorer, or ICON, is also a MIDEX-class mission awaiting launch.

For the MIDEX competition, which comes with a higher cost cap, the SPHEREx team improved the spacecraft’s pointing capability, added more detectors, and updated plans to more rapidly distribute data from the observatory to the wider astronomical community, according to Bock.

NASA’s Launch Services Program at the Kennedy Space Center will select a launch vehicle for SPHEREx, as the office does for all of the agency’s science missions. A launch using Northrop Grumman’s air-dropped Pegasus rocket was possible when SPHEREx was a Small Explorer mission, but the spacecraft has outgrown the Pegasus rocket’s capability, Bock said.

NASA’s announcement of opportunity for the MIDEX competition specified the selected mission should launch on a dedicated rocket in the agency’s catalog of certified launch vehicles, including Northrop Grumman’s Pegasus and Minotaur-C boosters, SpaceX’s Falcon 9, and United Launch Alliance’s Atlas 5. But Bock said SPHEREx’s mass and size — a bit too big for Pegasus but well under the lift capability of the Falcon 9 or Atlas 5 — might make the mission a candidate for a multi-payload rideshare launch or a ride on a new, less costly commercial “Venture-class” smallsat launcher.

“With our additions, it’s just a little bit too big for Pegasus now, but it is a pretty small thing,” Bock said. “So it comfortably fits within the launch volumes of the rockets that NASA has identified, and it may offer some other options for launch.

“We simply note, at the moment, that it is possible to do that because we haven’t studied in detail a rideshare, or a Venture-class type of launch. We studied the launch vehicles that are presented in the AO, but there are some other possibilities.” 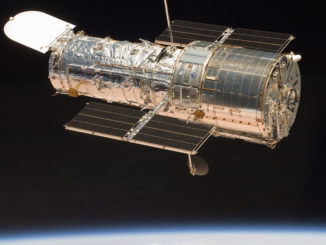 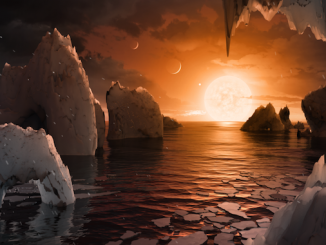 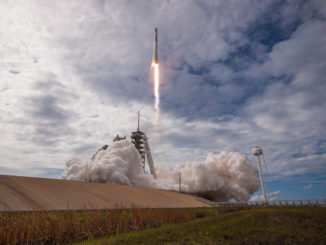