NASA’s New Horizons spacecraft raced past a frozen remnant of the solar system’s birth early New Year’s Day, phoned home to confirm a successful flyby and readied a treasure trove of pictures and other data for transmission back to eager scientists some 4.1 billion miles away.

New Horizons carried out the flyby in radio silence, aiming its instruments at Ultima Thule and its surroundings as its flight computer methodically worked through a complex science timeline intended to maximize the return from its suite of cameras, spectrometers and other instruments.

Back at Johns Hopkins University’s Applied Physics Laboratory near Baltimore, anxious scientists and engineers could only wait and wonder, celebrating New Year’s Eve with a program of planetary science discussions and enthusiastic countdowns to mark the new year and, 33 minutes later, the moment of Ultima Thule’s flyby.

Brian May, lead guitarist for the legendary rock band Queen who also holds a Ph.D. in astrophysics, wowed the revelers, sporting party hats and sipping champagne, with a new music video praising the New Horizons mission.

It was a welcome diversion because in the end, all they could do was wait and keep their fingers crossed while New Horizons, far beyond any human oversight or assistance, worked through its timeline.

At New Horizons’ enormous distance from Earth, radio signals from the spacecraft need six hours and eight minutes to cross the 4l.1-billion-mile gulf. The phone home health check could not begin until the highest priority observations were complete.

Finally, a few hours after the flyby, New Horizons turned to point its fixed antenna at Earth and radioed a brief status report back to APL. The signal came in at 10:31 a.m., confirming a successful flyby. The spacecraft telemetry reported healthy instruments and subsystems and showed the its solid state recorders were loaded with the expected amount of data.

“We have a healthy spacecraft!” announced mission operations manager Alice Bowman, known as M.O.M. “We’ve just accomplished the most distant flyby (ever attempted). We are ready for Ultima Thule science transmission.”

A few hours after that, the spacecraft was programmed to begin transmitting its first set of high-priority close-in images back to Earth. Initial high-resolution views were expected to be unveiled during a briefing Wednesday.

Because of its small size, Ultima Thule was little more than a faint speck of light until Sunday, when New Horizons’ most powerful camera finally began to resolve its shape.

Even so, the first photo release, taken at a distance of more than a million miles, showed a blurry, elongated body with no visible surface details.

Much sharper pictures, expected to exceed the clarity of New Horizons’ best shots of Pluto during its historic 2015 flyby, were expected Wednesday and Thursday with even higher resolution shots later.

Discovered by the Hubble Space Telescope in 2014, Ultima Thule is one of countless denizens of the remote Kuiper Belt, a vast zone of debris beyond the orbit of Neptune made up of rocky fragments left over from the original disk of material that coalesced to form the solar system some 4.6 billion years ago.

The small body is known as a “cold classical” Kuiper Belt object, or KBO, meaning it is a pristine sample of that original material, circling the sun in a circular, flat orbit that indicates it has not been jostled or otherwise disturbed since the solar system’s birth.

That made it a high-priority target for the New Horizons science team, one close enough for the spacecraft to reach following its historic 2015 flyby of Pluto.

“There are really two attributes of Ultima Thule that make it so scientifically valuable to us,” said Alan Stern, the mission’s principal investigator. “First, because it’s so far from the sun, temperatures are down near absolute zero. As a result of that, chemical reactions are essentially frozen. The object is in such a deep freeze that it’s perfectly preserved from its original formation.”

And because it is a relatively small body, just 19 miles or so across, “it can’t have a strong geologic engine,” Stern said.

“Everything we’re going to learn about Ultima, from its composition to its geology to how it was originally assembled, whether it has satellite or an atmosphere, those kinds of things, are going to teach us about the original formation conditions of objects in the solar system.”

The flyby happened in the blink of an eye, but it will take some 20 months for New Horizons to beam back its treasure trove of data from the extreme outer solar system.

Thanks to its mind-boggling distance, the power of its 15-watt transmitter and other demands on the Deep Space Network antennas needed to capture the faint signals, the final bits of data from the Ultima Thule flyby will not get back to Earth until the fall of 2020. 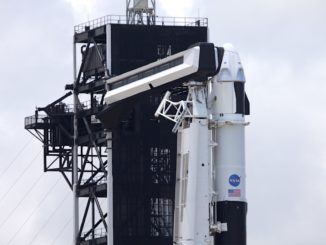 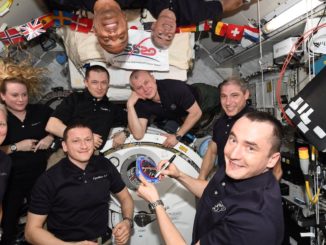 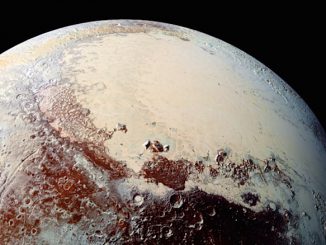