NASA Acting Administrator Robert Lightfoot, a rocket propulsion engineer and career civil servant who has led the space agency since the beginning of the Trump administration, said Monday he will retire from the space agency at the end of April.

Lightfoot announced his retirement in a memo to NASA employees Monday.

“It is with bittersweet feelings that I am announcing I will be retiring from the agency on April, 30, 2018,” he wrote in a letter to agency employees obtained by Spaceflight Now. “I will work with the White House on a smooth transition to the new administrator.”

Lightfoot is a 29-year veteran of the space agency, and has served as NASA’s acting administrator since Jan. 20, 2017, when outgoing agency chief Charlie Bolden left the top job at the end of the Obama administration.

President Trump’s nominee to become NASA administrator, Rep. Jim Bridenstine (R-Oklahoma), was advanced by the Senate Commerce Committee after a nomination hearing last year for consideration by the full Senate. But the body never voted on Bridenstine’s nomination to take office as head of NASA.

The White House re-submitted Bridenstine’s nomination in January, but the full Senate has again yet to vote on his confirmation. Space News reported Monday that there is “widespread belief” in the space industry that the Senate has not voted on Bridenstine because he lacks enough support for confirmation.

All 49 Democrats in the Senate are expected to vote against to Bridenstine’s confirmation, and Sen. Marco Rubio (R-Florida) is also reportedly also opposed, Space News reported. Sen. John McCain (R-Arizona) is not in Washington as he undergoes treatment for cancer, leaving Bridenstine short of the 50 votes needed for confirmation.

With Bridenstine’s nomination in limbo, Lightfoot has held the acting administrator post for nearly 14 months, longer than anyone in NASA’s history.

Lightfoot told House lawmakers last week that NASA should have a political appointee leading the agency.

“From my perspective, as the one sitting in that chair, it is always of value to have the person the president wants in this position,” Lightfoot said in a March 7 hearing before the House Science Committee’s Subcommittee on Space. “And I think that would be important for us all from that standpoint.

“But I can tell you for the past year I’ve had no trouble having access to the people I need to have access to,” he said. “I’ve been to both (National) Space Councils. I haven’t had to sit in the back row. I’ve sat right at the table as the administrator would be. But there is value in having the approved presidential nominee in the chair.”

Several House lawmakers, including one Democrat, urged quick action in the Senate on Bridenstine’s nomination.

Bridenstine is a three-term congressman and a pilot in the U.S. Navy Reserve who has taken an interest in space policy in his time on Capitol Hill. He has advocated for more private sector involvement in space exploration and a return to the moon’s surface by astronauts, two key tenets of the Trump administration’s direction to NASA.

But his nomination has faced criticism from Democrats over his political past — and lack of a science background — and his skepticism of human causes to climate change.

The delay in Bridenstine’s confirmation has lasted longer than any for a previous NASA administrator.

The Trump administration has not submitted a nomination for NASA’s deputy administrator position, which also requires Senate confirmation.

Steve Jurczyk, who has headed NASA’s space technology directorate since 2015, recently assumed the No. 3 position in the space agency as its associate administrator, the same job Lightfoot held before becoming acting administrator early last year.

Lightfoot joined NASA in 1989 at the Marshall Space Flight Center in Huntsville, Alabama, as an engineer and program manager on the space shuttle main engine and the RD-180 engine test campaign for the Atlas 5 rocket. He was named director of the propulsion test directorate at NASA’s Stennis Space Center in Mississippi in 2002, then served as assistant associate administrator for the space shuttle program at NASA Headquarters from 2003 to 2005, helping oversee the shuttle’s return to flight after the Columbia accident.

He became manager of the space shuttle propulsion office at Marshall in 2005, then served as deputy director of Marshall from 2007 to 2009, before his appointment as director of the space center, where he remained until his naming as NASA’s associate administrator in 2012.

As NASA’s senior civil servant, Lightfoot became acting administrator with the departure of Charlie Bolden, an Obama appointee, in January 2017.

“I cannot express enough my gratitude to the entire NASA team for the support during my career and especially the last 14 months as your acting administrator,” Lightfoot wrote in the memo announcing his retirement. “The grit and determination you all demonstrate every day in achieving our missions of discovery and exploration are simply awe inspiring. I leave NASA blessed with a career full of memories of stunning missions, cherished friendships, and an incredible hope for what is yet to come.”

“When I look back on my time at NASA, I can’t help but think about the people. From my friends in the test areas at Marshall and Stennis, to the folks that I sat with on console launching shuttles, to the Marshall team when I was the center director, and now as the acting administrator to the entire NASA team – what a privilege to work with such dedicated and passionate people every day.” 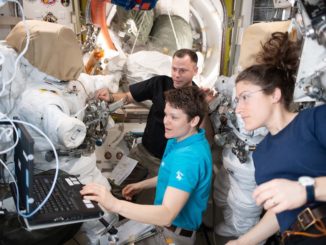 Astronauts say NASA up to challenge of near-term moon landings 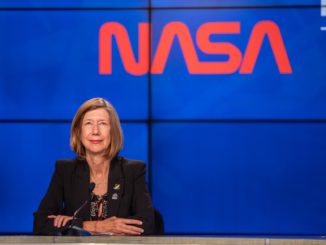 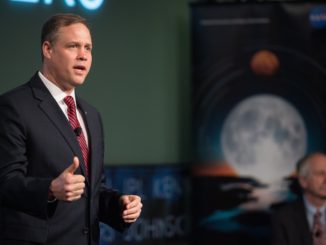