The grapple mechanism installed on one end of the space station’s robot arm during a spacewalk Tuesday is experiencing problems with one of two control channels. Rather that use the fixture without redundancy, it will be removed during a re-planned spacewalk Monday and the original fitting will be re-installed, NASA said Friday.

The older latching end effector, or LEE, that was removed earlier this week is still fully functional, with primary and backup control systems, and while it has experienced wear and tear over the past several years, engineers believe it can be safely used for extended operations.

Astronaut Mark Vande Hei and Japanese crewmate Norishige Kanai already were planning to venture outside for a spacewalk Monday to carry out other arm-related tasks. Instead, they will remove the newly-installed LEE-B grapple mechanism, mount it on a storage platform and re-install the original unit, which is mounted nearby.

NASA and the Canadian Space Agency, which provided the station’s robot arm, carried out extensive troubleshooting to come up with a fix for the problem with the new grapple mechanism, but “the decision was made by space station managers to use the scheduled Jan. 29 spacewalk to reinstall the LEE removed on the Jan. 23 spacewalk to restore fully redundant capability to the robotic arm,” NASA said in a web posting.

“CSA and its robotics specialists are continuing diagnostics over the weekend to gain additional insight,” the statement said “If data is obtained that could be used to solve the issue, Monday’s spacewalk could be postponed.”

The station’s Canadarm 2 space crane is a 50-foot-long robot arm that can move end over end, inchworm fashion, from one mounting fixture to another to reach various work sites along the station’s main power truss.

Each end of the arm is equipped with a latching end effector that uses motorized snares to lock onto anchor fittings and plug into power, data and video connectors. Arm anchor points are mounted on station modules and on a mobile base rail car that can carry the arm to work sites along the truss.

With one latching end effector locked onto station structure or the mobile base, the LEE on the far end can be used to move astronauts, station components and even visiting cargo ships from point to point.

The arm was launched to the station aboard a space shuttle in 2001. Several years ago, engineers noticed signs of wear and tear in the LEE mechanisms and NASA managers eventually decided to replace both units.

Last October, astronauts replaced one aging grapple mechanism — LEE-A — and during Tuesday’s outing, Vande Hei and Tingle replaced LEE-B with a spare that was launched in 2009.

The arm was powered down for the repair work and when it was restarted after the spare LEE-B unit was installed, flight controllers were unable to get the arm’s software to “talk” with the end effector. Vande Hei and Tingle released and then re-engaged expandable diameter bolts in hopes of resetting internal connectors and it seemed to work. The arm powered back up normally.

But subsequent tests showed that only one of the end effector’s two electronic control channels was working. While the arm can operate normally just one control channel, or “string,” a second failure could disable the crane during a critical operation. After debating the issue, mission managers opted to re-install the original LEE-B mechanism during Monday’s spacewalk.

Vande Hei and Kanai originally planned to move the original LEE-B mechanism up to the arm’s mobile base station, attaching it to a powered anchor fitting so it could be used to temporarily stow large items as needed. The LEE-A mechanism removed last October, which is currently mounted on the mobile base, was to be brought back inside for eventual return to Earth.

Instead, the degraded LEE-A fitting will remain on the mobile base and the spare LEE-B that was installed Tuesday will be re-mounted on External Stowage Platform No. 2. No other robot arm work is planned during Monday’s excursion. 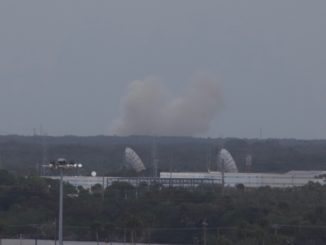 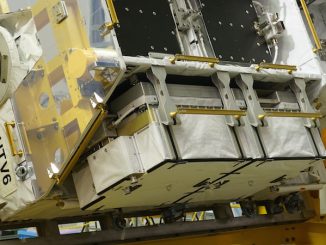 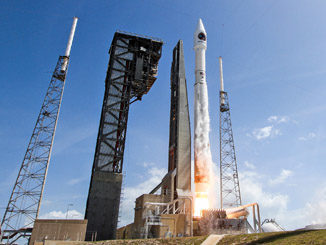