Liftoff occurred at 3:02 a.m. local time at Plesetsk, and the Soyuz launcher headed east from the cosmodrome, dropping its four kerosene-fueled boosters, core stage and payload fairing in the first few minutes of the flight. The Soyuz rocket’s third stage, powered by an RD-0124 engine, shut down around 9 minutes after liftoff and released a Fregat upper stage for two more burns to guide the Glonass M navigation satellite into its planned high-altitude perch.

The Fregat stage deployed the Glonass M satellite, designated No. 52 in the Glonass system, around three-and-a-half hours into the mission. A statement issued by the Russian Ministry of Defense said the rocket released its payload into the targeted orbit, and ground controllers established contact with the Glonass-M satellite.

All systems aboard the spacecraft were operating normally, the defense ministry said.

U.S. military tracking data indicated the satellite was orbiting at an altitude of approximately 11,900 miles (19,100 kilometers), moving around Earth on a track tilted 64.8 degrees to the equator, the same type of orbit used by the rest of the Glonass fleet.

The Russian defense ministry renamed the satellite Kosmos 2522 after the launch, keeping with the naming convention for the country’s military payloads.

Built by ISS Reshetnev, a satellite manufacturer based in Zheleznogorsk, Russia, the Glonass M satellite is beginning a seven-year service life broadcasting L-band navigation signals worldwide for the Russian military and civilian users. The Glonass program is Russia’s analog to the U.S. military’s Global Positioning System, providing precise position and time information to users equipped with receivers on the ground.

With the arrival of the latest Glonass satellite, the system currently consists of 26 spacecraft, according to a Russian government website tracking the navigation fleet’s operations.

As of Friday, 23 of the satellites were operational. The newest Glonass spacecraft launched Friday will go through around one month of in-orbit tests and commissioning before officially joining the network, restoring the fleet to a full complement of 24 operational satellites needed to maintain worldwide service.

The Glonass satellites are positioned in three orbital planes, each with eight spacecraft.

The Glonass M craft launched Friday replaces an aging navigation satellite launched Dec. 25, 2006, which was removed from the constellation earlier this year after outliving its planned seven-year lifetime.

ISS Reshetnev said in a press release last month that it has six more Glonass M navigation satellites on standby in its factory for call-up and launch at the request of the Russian defense ministry, as aging members of the fleet end their missions. 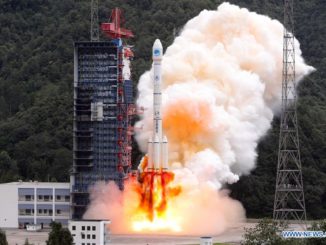 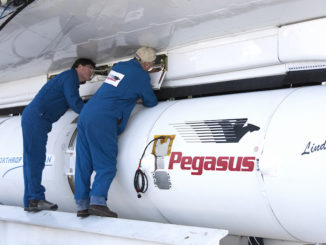 Pegasus launch set for no earlier than Wednesday, but data review continues 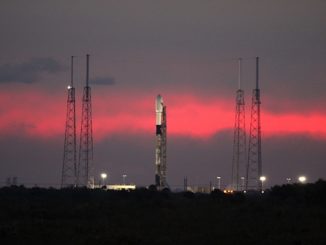