A sensitive infrared camera mounted on NOAA’s new GOES-16 weather satellite has captured its first astounding images of lightning flashes from a perch more than 22,000 miles (nearly 36,000 kilometers) out in space.

The first-of-its-kind imager can detect in-cloud, cloud-to-cloud and cloud-to-ground lightning strikes, giving weather forecasters an inventory of the location, frequency and intensity of lightning activity that could help warn the public of severe storms.

A video released Monday by NOAA shows a 30-second view of lightning activity in a severe storm complex Feb. 14 over southeast Texas. The green cross indicates the location of Houston, and the green lines illustrate the Gulf Coast.

The lightning flashes are overlaid on an image from GOES-16’s primary camera, the Advanced Baseline Imager, which produces high-resolution infrared and visible pictures of cloud movements, storm tracks, tropical cyclones and smoke plumes.

GOES-16 is the first geostationary weather satellite to carry such an instrument, which is sensitive to lightning flashes day and night. Research satellites in lower orbits have flown with lightning cameras, and a lightning sensor launched to the International Space Station last month, but those detectors do not have the wide coverage of a high-altitude geostationary observatory.

NOAA says the lightning mapper on GOES-16, and aboard follow-on GOES satellites, will deliver data to weather forecasters within 20 seconds, offering near real-time snapshots of severe storm activity, often outpacing the availability of conventional satellite and radar imagery. The lightning instrument collects observations at 500 frames per second, distinguishing the location, intensity and horizontal propagation of individual strokes within each lightning flash, according to NOAA.

NOAA says GOES-16 will enter service by November after completing calibration and commissioning. The weather agency will announce in May whether GOES-16 will be stationed over the Pacific Ocean or the Atlantic Ocean. 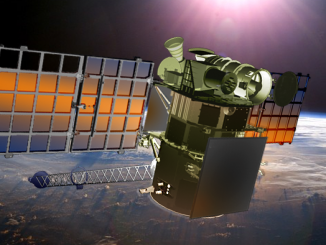 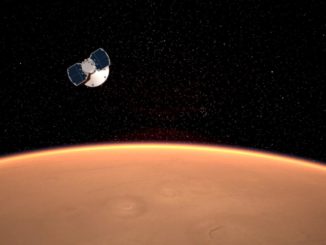 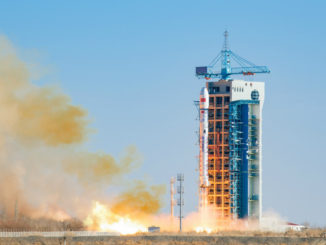