Astronaut Scott Kelly, in good spirits and looking surprisingly fit after a record 340 days in space, said Wednesday he could have stayed up longer if necessary, giving him confidence future astronauts will be up to the challenge of even longer flights to Mars and beyond.

That said, “a year’s a long time,” he told a NASA interviewer shortly after landing in Kazakhstan. “It felt like I’d been up there my whole life after about the first six months. The normal increment is about six months, and that’s a long time. So a year’s really, really long.

“But I’m definitely encouraged on our ability to go even longer. Even though I looked forward to coming home, and there are things that I miss, I felt like if it was for the right reason, I clearly could have stayed however long it took.”

Kelly and cosmonaut Mikhail Kornienko were launched to the International Space Station last March 27. They returned to Earth late Tuesday U.S. time, along with Soyuz TMA-18M commander Sergey Volkov, landing on the steppe of Kazakhstan.

Kelly and Kornienko both looked fit, smiling and chatting with recovery crews during initial medical checks. After more extensive field tests to begin assessing their re-adaptation to gravity, all three crew members were flown to nearby Dzhezkazgan for an official Kazakh welcoming ceremony.

From there, Kornienko and Volkov headed back to Star City near Moscow while Kelly boarded a NASA jet bound for Houston. NASA Administrator Charles Bolden, Jill Biden, representing the vice president, and John Holdren, President Obama’s science advisor, planned to be on hand to welcome him back to the United States shortly before midnight.

Before departing Dzhezkazgan, Kelly said he was glad to be back on Earth, but he had “mixed emotions” about leaving the International Space Station.

“Leaving the space station was bitter sweet,” he said. “I’d been there a long time, so I looked forward to leaving. But at the same time, you know, it’s a magnificent place, and I’m going to miss it.”

During a change-of-command ceremony aboard the space station Monday, Kelly said teamwork was the key to successful space flights. He repeated that Wednesday, saying “it’s really not about us, there are thousands of people who go into this and their jobs are just as important.”

“It’s kind of like a link in a chain,” he said. “If you break one of them, the chain breaks, so everyone’s important in doing something this complicated. It was great doing it with (Kornienko), though. He’s a great guy.”

For his part, Kornienko agreed with Kelly that one of the initial highlights of returning to Earth was enjoying fresh air and meeting friends and colleagues at the landing site.

“The first feeling, of course, the first impression is the air back on Earth,” he said. “During the entire flight, just like Scott, I wanted to see Earth and I wanted to smell that fresh air. This is an unforgettable feeling.

“And I was very happy to see so many friends around, Russian friends, U.S. friends, Kazakh friends. It was very impressive for me. They did everything for our mission to be successful, and I hope we did it successfully.”

Over four flights, Kelly’s total time in space now stands at 520 days, making him the most experienced U.S. astronaut and moving him up to 17th in the world. Kornienko’s total stands at 516 days over two flights, moving him up to 18th on the list of most experienced cosmonauts and astronauts. Volkov, who reached the station last September, has logged 548 days aloft over three flights and now ranks 10th in the world. 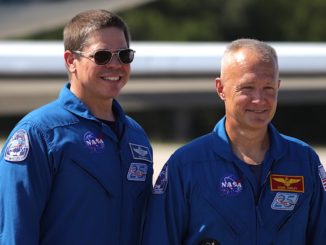 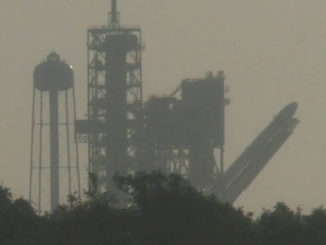 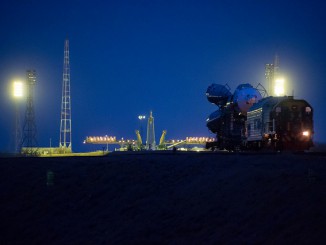