SpaceX is targeting Dec. 19 for a critical commercial launch that will double as the debut flight of an upgraded Falcon 9 rocket and the company’s return-to-flight mission after a failure six months ago halted SpaceX’s busy launch manifest.

Final preparations are underway inside SpaceX’s rocket assembly hangar at Cape Canaveral’s Complex 40 launch pad, where technicians are putting together the two-stage rocket and readying 11 small dishwasher-sized satellites to be orbited for Orbcomm.

The prelaunch static fire test is a standard check of the Falcon 9 rocket’s readiness for flight, in which the launch team loads kerosene and liquid oxygen propellants into the booster and fires the first stage’s nine Merlin main engines for a few seconds while hold-down restraints keep the launcher from taking off.

Engineers will crunch data from the static fire, which is expected Dec. 16, before clearing the Falcon 9 for liftoff Dec. 19.

The 11 satellites set to ride into orbit aboard the Falcon 9 are fueled and attached to their deployment system, according to Marc Eisenberg, Orbcomm’s CEO.

The satellites are part of Orbcomm’s second-generation fleet, adding to the company’s capacity to relay short messages and track trucks, ships and other vehicles for corporate clients.

Musk did not address whether the Falcon 9 rocket’s first stage will attempt a landing back at Cape Canaveral following the launch. SpaceX sought approvals from the U.S. Air Force, which runs the Cape Canaveral launch range, and the Federal Aviation Administration for the landing attempt.

SpaceX wants to move its rocket recovery target from an offshore barge to a landing pad on the coast as part of the company’s research and development into making the Falcon 9 first stage reusable, an achievement officials say would cut the cost of space launches.

Several tries to recover the Falcon 9 first stage on a football field-sized ship in the Atlantic Ocean have come close to sticking the landing, but the rocket, which is fitted with four deployable landing legs, has tipped over and broken apart on each attempt.

A suborbital rocket made by Blue Origin, another commercial space firm founded by Amazon.com’s Jeff Bezos, nailed a landing Nov. 23 after a short jaunt just above the 100-kilometer (62-mile) boundary with space, making it the first craft to take off under its own power, fly into space, and return to the ground safely.

Musk argued on Twitter that Blue Origin’s achievement is not comparable to the landing attempts being made by the Falcon 9 booster stage, which is larger and reaches higher speeds on its flights.

Musk told reporters after the failure that the most likely cause was a broken bracket holding a high-pressure helium reservoir inside the Falcon 9’s second stage liquid oxygen tank. The strut apparently fractured under the stresses of launch, causing the helium tank to break free and rupture the upper stage while the first stage was still firing about two minutes after liftoff.

SpaceX has a cramped queue of launches with satellites in storage awaiting liftoff in the coming months.

A television broadcasting satellite named SES 9 is set for launch from Cape Canaveral, and the joint U.S.-French Jason 3 oceanography satellite is awaiting a flight into orbit from Vandenberg Air Force Base in California. The next Dragon resupply mission to the space station is also supposed to go up no earlier than January.

SpaceX has not announced the order of the launches after the Orbcomm flight scheduled for Dec. 19. 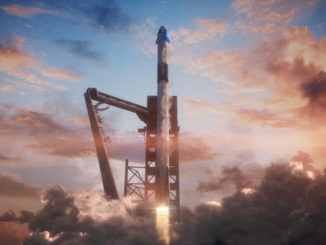 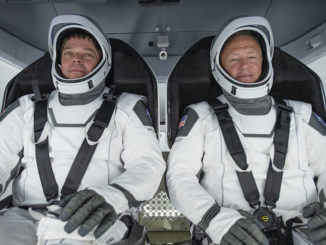