There is no sign of an undiscovered moon lurking around Pluto in data streaming back to Earth from NASA’s New Horizons spacecraft, and that is surprising to Alan Stern, the scientist in charge of the probe.

Stern told reporters Sunday his biggest surprise from New Horizons’ first glances at Pluto is the lack of more moons beyond the five satellites already spotted from Earth.

“I’m really bowled over that we have not found any more satellites in the system, and we may yet,” said Stern, a planetary scientist from the Southwest Research Institute. “We may even find rings because our most sensitive search for rings comes after closest approach looking back towards the sun.”

Scientists have found five moons of Pluto since the icy dwarf’s discovery by astronomer Clyde Tombaugh in 1930.

James Christy, an astronomer at the U.S. Naval Observatory, noticed  an elongated shape in highly magnified images of Pluto in 1978, a signature that turned out to be the dwarf planet’s Texas-sized moon Charon, which Christy named for his wife and a ferryman of the dead in Greek mythology.

New Horizons scientists analyzing images from the Hubble Space Telescope noted two more moons — Nix and Hydra — in 2005. Each of those objects is predicted to be oblong and around 35 miles (56 kilometers) across along its longest axis.

Pluto’s two smallest known moons — Kerberos and Styx — were discovered by Hubble in 2011 and 2012, respectively.

“I don’t think many people on the science team expected to find exactly zero after we kept finding them from the Earth — that basically we got them all,” Stern said. “There are places to put those satellites. There are plenty of stable orbits. There are even stable orbits that would not create signatures on the known satellites in terms of the orbital eccentricities and inclinations, and yet we don’t find anything.”

“We’re looking much deeper,” Stern said. “We’re seeing 15 or 20 times fainter than we could from the Earth, and we don’t see a thing. That’s my biggest surprise so far.”

A thorough scouting of the path New Horizons will take by Pluto also shows no obvious signs of any debris that could threaten the high-speed space probe, officials said.

New Horizons will blast through the Pluto system at a relative speed of nearly 31,000 mph.

“The combination of the high speed of the New Horizons spacecraft and the exploration nature of this mission could bite us,” Stern said. “We’ve taken what we think is a measured risk. We’ve search for debris that may be in the system on approach. We’ve used our best instruments, and found nothing of concern.

“Formally, we’re able to set model limits of around 1-in-10,000 that the spacecraft could be lost due to a debris strike. We’ve also been very honest that we’re flying into the unknown. This is the risk we take with exploration, and New Horizons will be out of touch around those hours around closest approach,” Stern said.

A small pebble or dust grain hitting New Horizons at such tremendous speeds could be fatal to the spacecraft, which is armored to withstand the tiniest of particles but not all potential hazards.

New Horizons is set to be closest to Pluto around 7:50 a.m. EDT (1150 GMT) on Tuesday, but the probe’s attention will be on Pluto and its moons. The spacecraft carries a fixed antenna, so it can collect science observations or radio its status to Earth, but not both simultaneously.

Preferring science data, mission managers elected to keep New Horizons out of contact with ground controllers for nearly 22 hours. The final opportunity to get data from the spacecraft Monday is expected at 11:17 p.m. EDT (0317 GMT Tuesday), when New Horizons will beam back a final image of Pluto before the flyby.

“We get the last full-frame with LORRI,” said Hal Weaver, New Horizons’ project scientist at the Johns Hopkins University Applied Physics Laboratory. “We’ll get about 600 pixels across of Pluto, and we’ll see that early Tuesday morning. That’s going to be spectacular, I think.”

Then New Horizons gets to work and will not connect with engineers on the ground again until approximately 8:53 p.m. EDT Tuesday (0053 GMT Wednesday), when the craft will send back basic telemetry to tell officials it survived the encounter.

Science data, including the highest-resolution images from the flyby, will start streaming back to Earth on Wednesday.

“While I don’t lose sleep over this, the fact is tomorrow evening is going be a little bit of drama,” Stern said Monday. “We want to hear the spacecraft check back in. We want to look at the telemetry that’s coming back down, and want to make sure that the spacecraft hasn’t suffered any alarms, and until we pass that point tomorrow evening, we won’t really know, with certainty, that we cleared the system and there were no debris strikes, but I want to emphasize I’m not really worried about that.” 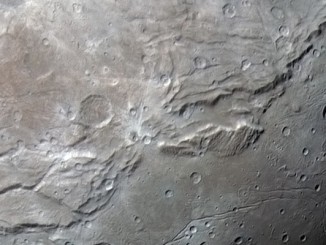 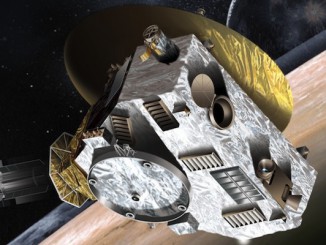 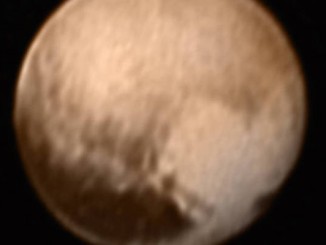 Back in action, New Horizons returns fresh view of Pluto