John W. “Jack” King, the calm, reassuring “Voice of NASA” who held the world riveted as he counted down the final seconds of the Apollo 11 launch to the moon, died Thursday after a long illness. He was 84.

The cause was congestive heart failure, according to his family.

“It was a very peaceful passing for him,” said daughter Beth King Post. “He was really an amazing person, not only professionally, but personally.”

A veteran Associated Press reporter, King was chief of the public information office at the time of the Apollo 11 launch in July 1969 and as such had the responsibility for countdown commentary through liftoff, describing critical events for journalists and the public alike.

As the countdown ticked into its final tense moments, King calmly noted the rush of events leading up to ignition of the mighty Saturn 5 booster’s five first stage engines.

Finally, the moment of truth arrived.

By some estimates, more than a billion people heard his commentary during live broadcasts and subsequent replays.

“I think he did a great job,” said Hugh Harris, one of King’s successors and a familiar voice during space shuttle launchings. Despite King’s seemingly calm demeanor, Harris said he could hear a catch in his voice just before launch, a “recognition that this was something special in the history of spaceflight.”

“Right before when he says ‘all engines running,’ there was sort of a catch there, and you had a feeling he was thinking ‘this is really going to go!’ Harris said. “He did a great job.”

King managed press operations at NASA’s Florida spaceport for 12 years, serving as the voice of launch control for “virtually every human mission from Gemini 4 to Apollo 15,” NASA said on the Kennedy Space Center web page.

“The biggest PR job I had to do was with our own people in order to get information that I could pass out to the news media,” King said in a NASA oral history. “These were the early days when things were just starting out.”

Born in Boston, King graduated from Boston College and moved to Florida in 1958 to serve as Cape Canaveral bureau chief for The Associated Press. He later went to work for NASA during the pioneering Mercury program.

King later moved to Houston to direct public affairs at what became the Johnson Space Center and helped negotiate arrangements for the first live television broadcast of a Russian launch as part of the Apollo-Soyuz Test Program.

In 1975, King left NASA to serve as director of public affairs for the U.S. Energy Research and Development Administration and in 1977 went to work for Armand Hammer and Occidental International Corporation. After Hammer’s death in 1990, King held a variety of top-level public affairs positions before attempting to retire.

But in 1996, King decided to keep working and joined United Space Alliance, a partnership between Lockheed Martin and Boeing that was responsible for processing space shuttles for launch. He retired for good in 2010 but continued to serve as a public affairs volunteer during major launch events.

“He was one of the pioneers as far as public affairs was concerned,” Harris said. “He developed many of the ways (NASA works) with the media (today and) he was very close to many of the reporters. He was one of a kind.”

King’s wife of 39 years, Evelyn, died in 2005. He is survived by his daughter, Beth King Post, his son Chip King and five grandchildren. 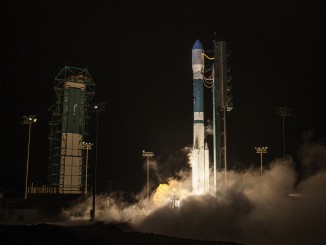 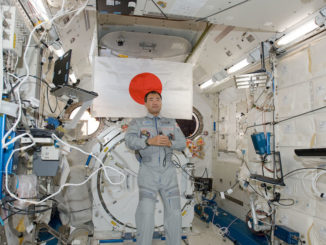 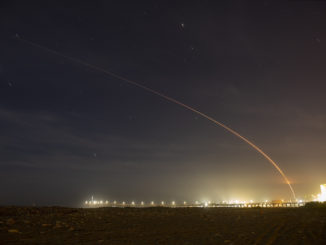