The Long March 2C rocket lifted off at 1853 GMT (1:53 p.m. EST) Friday from the Taiyuan launch base in northern China’s Shanxi province. Launch occurred at 2:53 a.m. Beijing time Saturday, according to the official Xinhua news agency.

The Yaogan 23 spacecraft carried on top of the two-stage Long March 2C booster is flying more than 300 miles above Earth in an orbit over the poles tilted 97.3 degrees to the equator, according to tracking data acquired by the U.S. Air Force’s Space Surveillance Network.

China did not announce the launch in advance, keeping with the country’s usual policy of not disclosing the launch schedule for military satellites.

The circumstances of the launch of Yaogan 23 — including the launcher, launch site and orbit — match satellites put into space in April 2009, November 2011 and October 2013.

Independent observers of the Chinese space program believe Yaogan 23 is the newest member in a series of satellites supplying the Chinese military with reconnaissance imagery. The satellite may carry a synthetic aperture radar instrument that can see objects on the ground through cloud cover and in darkness.

Friday’s launch marked the 71st space mission to reach Earth orbit in 2014 and the 10th Chinese space launch of the year. 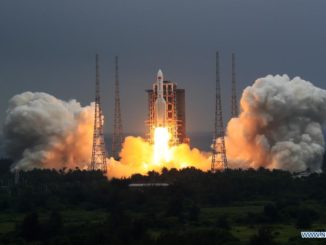 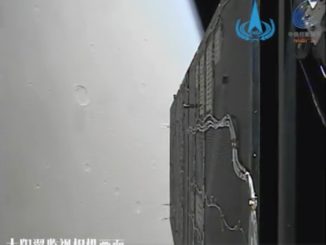 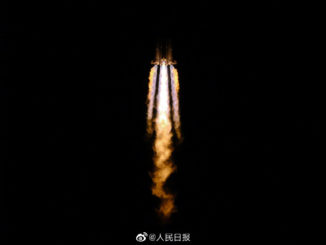