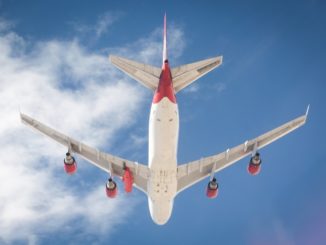 The attachment of a mounting bracket for Virgin Orbit’s smallsat launcher under the wing of a modified passenger jetliner portends the start of a series of captive carry tests with a full-scale model of the rocket, culminating in a drop of the vehicle before the first orbital launch attempt.