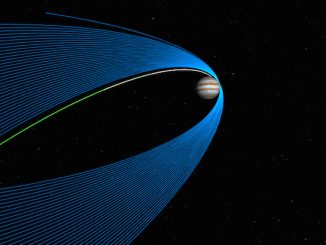 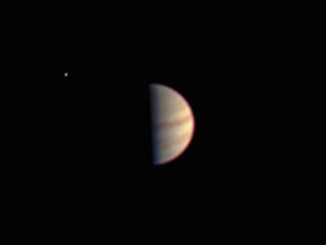 Juno’s visible camera had a bird’s-eye view of Jupiter’s four largest moons over the last few weeks, recording the satellites in their orbital ballet around the giant planet as the spacecraft approached from above Jupiter’s north pole. 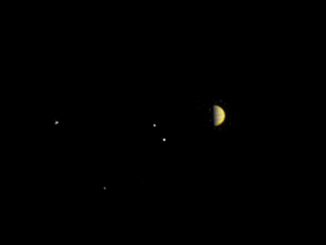 The visible camera on NASA’s Juno spacecraft is capturing a time-lapse movie of Jupiter and its four largest moons as the orbiter dives toward the giant planet for a July 4 rendezvous, and officials have released a first taste of the views armchair scientists and space enthusiasts can anticipate over the coming weeks and months.