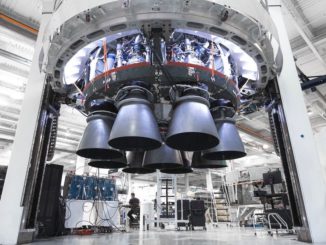 SpaceX has concluded fatigue on an engine cover caused one of the nine Merlin 1D first stage engines on the company’s most recent launch to shut down early during ascent, leading to the loss of the booster during an offshore landing attempt in the Atlantic Ocean, an official said Monday.