The U.S. Space Force is planning for an airborne launch of a solid-fueled Pegasus rocket over the Pacific Ocean by early summer after quietly awarding Northrop Grumman a contract for the mission last year.

The Pegasus rocket is an air-launched vehicle designed to drop from the belly of Northrop Grumman’s L-1011 carrier jet, then fire three solid-fueled rocket stages to place small satellites into orbit.

The TacRL-2 mission later this year will use a Pegasus rocket staged out of Vandenberg Air Force Base, California. The mission is part of the Space Force’s “Tactically Responsive Launch” program.

According to federal contracting documentation, the Space Force’s Space and Missile Systems Center awarded Northrop Grumman a task order for the TacRL-2 mission last July. But the existence of the mission was not widely reported until March 4, when it was listed on the 2021 launch schedule at Vandenberg during an annual briefing to local media by base officials.

Col. David Rickards, director of staff at Vandenberg’s 30th Space Wing, said the TacRL-2 mission is scheduled for launch in this first half of this year.

“That’ll be a great test for our team to hone the skill required to launch on demand and with agility,” Rickards said. “Said more plainly, we’ll be given a short window of just three weeks to generate, to deploy, and execute a real world launch. We’ll be ready when that day comes. Probably during the first half of this year, I expect a phone call that will start that timer ticking for us.”

Northrop Grumman and the range team at Vandenberg will demonstrate rapid call-up capability to respond to an urgent military need. Teams will not begin integrating the rocket with its payload, which remains unidentified, until several weeks before launch.

The TacRL-2 mission is intended to be a “technology demonstration,” according to a Space and Missile Systems Center spokesperson. TacRL-2 is an “orbital launch service mission,” the spokesperson said in response to questions from Spaceflight Now.

“The mission is planned to launch on a Pegasus XL released from Northrop Grumman’s ‘Stargazer’ L-1011 aircraft over the Pacific Ocean,” SMC said. “The aircraft will depart from Vandenberg AFB.”

A posting on a website that tracks federal government contracts indicates the Space Force issued Orbital Sciences LLC, a subsidiary of Northrop Grumman, a $28.1 million task order for the TacRL-2 mission last July. The Defense Department awarded the task order through the Orbital Services Program-4 contract, which covers launch services for small and medium-size military satellites through 2028.

The Space Force last month issued a request for proposals for two additional tactically responsive launch missions — TacRL-3 and 4 — for flights in 2022 and 2023.

The 55-foot-long (17-meter) Pegasus XL rocket is capable of placing a payload of up to 1,000 pounds (450 kilograms) into low Earth orbit, according to Northrop Grumman. The rocket consists of a winged first stage and two additional solid-fueled motors.

Developed commercially by Orbital Sciences, now part of Northrop Grumman, the Pegasus rocket has flown on 44 satellite delivery missions since 1990. Pegasus missions have been staged from Vandenberg, Edwards Air Force Base, Cape Canaveral, Wallops Island in Virginia, Kwajalein Atoll in the Pacific Ocean, and the Canary Islands.

The most recent Pegasus mission in 2019 launched a NASA research satellite. NASA paid $56.3 million to launch the satellite on a Pegasus rocket.

That mission was delayed more than two years due to technical problems with the Pegasus rocket. NASA decided in 2019 to launch a future scientific satellite aboard a SpaceX Falcon 9 rocket, a much larger launcher than the Pegasus.

The Imaging X-ray Polarimetry Explorer, or IXPE, was originally designed to launch on a Pegasus rocket. SpaceX’s Falcon 9 is vastly oversized for the IXPE satellite, but it has the ability to launch the small payload into a unique equatorial orbit from Cape Canaveral.

And SpaceX can do the launch for $50.3 million, undercutting the previous publicly-available price for a Pegasus. The $28 million task order for the TacRL-2 mission is half the price NASA paid for the most recent Pegasus mission in 2019.

Northrop Grumman is expected to use one of two Pegasus rockets in its inventory left over from the company’s partnership with Stratolaunch, a company founded by the late billionaire Paul Allen. Stratolaunch developed the largest airplane ever built, and purchased two Pegasus rockets to launch from the giant aircraft, then planned to work on its own launch vehicle.

But Stratolaunch’s progress slowed after Allen’s death in 2018, and the company abandoned plans to launch Pegasus rockets. Instead, Stratolaunch said last year it was working on a hypersonic test vehicle.

Stratolaunch’s airplane successfully flew for the first time in 2019, but hasn’t taken off since.

Northrop Grumman reacquired the near-complete Pegasus rockets from Stratolaunch to offer to other customers. 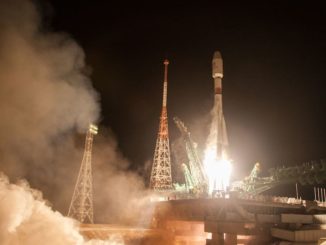 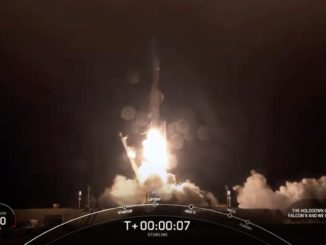 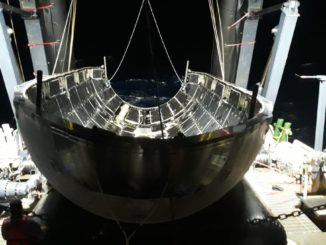