United Launch Alliance teams loaded super-cold liquid hydrogen and liquid oxygen into an Atlas 5 rocket Friday at Cape Canaveral during a countdown dress rehearsal for a planned launch next month with the Solar Orbiter mission, a robotic spacecraft to study the origins of the solar wind and image the sun’s poles for the first time.

The wet dress rehearsal is not part of standard Atlas 5 launch campaigns, but NASA requires the extra test for missions that have limited planetary launch windows. Solar Orbiter is such a mission, and has 19 daily launch opportunities next month beginning Feb. 5 to reach a flyby with Venus in December to use the planet’s gravity to slingshot closer to the sun.

The Feb. 5 launch window opens at 11:27 p.m. EST (0427 GMT on Feb. 6) and extends for two hours. But teams are assessing schedules for the Atlas 5 and Solar Orbiter after the two-day delay in completing the wet dress rehearsal, and a launch delay beyond Feb. 5 is a possibility.

ULA previously planned to perform the wet dress rehearsal Wednesday. Teams transferred the rocket and its mobile launch platform to pad 41 Tuesday to prepare for the countdown demonstration, but gusty winds Wednesday dislodged a cooling duct connection between the Atlas 5 and the launch pad.

Workers rolled the rocket back to ULA’s Vertical Integration Facility Wednesday evening and fixed the problem, then returned the Atlas 5 back to pad 41 Thursday along a quarter-mile rail track between the assembly building and the launch mount.

RP-1 kerosene, which fuels the first stage’s RD-180 engine, was loaded into the Atlas 5 earlier this week after the rocket’s first rollout Tuesday. The kerosene fuel is stored at room temperature, and can remain on the rocket for extended periods of time, unlike the hydrogen and oxygen propellants.

After counting down to the final moments before ignition of the first stage main engine, ULA stopped the clock and began procedures to offload the liquid hydrogen and liquid oxygen. After securing the rocket, teams will return the Atlas 5 to the VIF on Saturday in preparation for attachment of the Solar Orbiter spacecraft.

Solar Orbiter is a cooperative mission led by the European Space Agency. NASA is partnering on the project by providing a launch vehicle.

Built in Britain by Airbus Defense and Space, the Solar Orbiter spacecraft arrived at the Kennedy Space Center aboard a transport plane from Europe on Nov. 1. Since then, the spacecraft has been tested and fueled inside a clean room at the Astrotech payload processing facility in nearby Titusville.

On Monday, technicians encapsulated the Solar Orbiter spacecraft inside the Atlas 5 rocket’s payload fairing in preparation for a journey by road to the Vertical Integration Facility at pad 41, where the probe will be raised atop its launcher after it returns to the vertical hangar this weekend.

For the Solar Orbiter mission, the Atlas 5 will fly in the rarely-used “411” configuration with a 4-meter fairing, a single strap-on solid rocket booster, and a Centaur upper stage powered by a single RL10 engine. Solar Orbiter’s launch will mark the 82nd flight of an Atlas 5 rocket since 2002, and just the sixth Atlas 5 to use the 411 version.

Scientists will use data from Solar Orbiter, in tandem with measurements from NASA’s Parker Solar Probe, to better understand what causes the solar wind, and what drives the 11-year solar cycle. After a series of gravity assist flybys of Venus, Solar Orbiter’s trajectory around the sun will reach a tilt of some 25 degrees, allowing the spacecraft to take pictures of the sun’s poles for the first time. 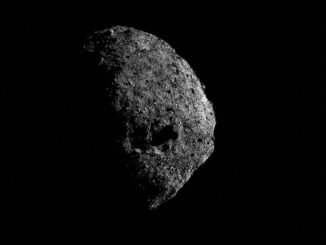 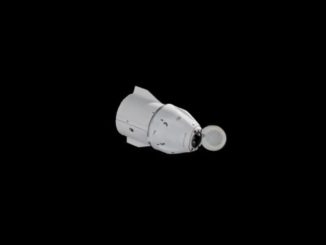 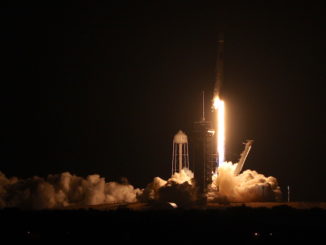