For the second time in less than 24 hours, a robotic resupply freighter departed Earth Friday for the International Space Station, this time aboard a Russian Soyuz booster launched from the Baikonur Cosmodrome in Kazakhstan.

The Soyuz launch occurred at 2:34 p.m. local time at Baikonur, roughly 16 hours after a U.S. supply ship built and owned by SpaceX took off from Cape Canaveral to begin its own cargo delivery flight to the station.

Roscosmos, the Russian space agency, confirmed the Progress MS-13 supply ship deployed from the Soyuz rocket in the planned orbit. The Progress vehicle’s solar panels and navigation antennas unfurled moments later, setting the stage for a series of orbit adjustment burns over the next three days to rendezvous with the space station.

Docking of the Progress MS-13 spacecraft with the station’s Pirs module is scheduled for 5:38 a.m. EST (1038 GMT) Monday, one day after the scheduled arrival of SpaceX’s Dragon cargo vessel.

The Russian and U.S. cargo shipments will together deliver nearly six tons of equipment, experiments and provisions to the space station’s six-person crew.

The Progress MS-13 supply ship is carrying 2.7 tons of cargo, propellant, water and oxygen to the orbiting research outpost.

After docking, Russian cosmonauts will unpack some 3,000 pounds (1,350 kilograms) of dry cargo stowed inside the Progress MS-13 spacecraft’s pressurized compartment. The mission will also deliver 1,433 pounds (650 kilograms) of propellant to refuel the propulsion system on the station’s Russian segment, along with 926 pounds (420 kilograms) of water and 110 pounds (50 kilograms) of oxygen. 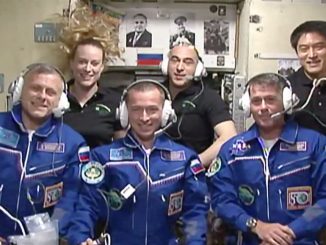 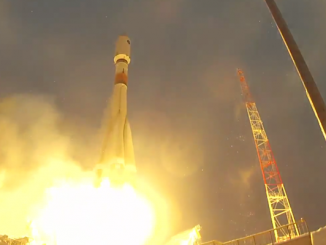 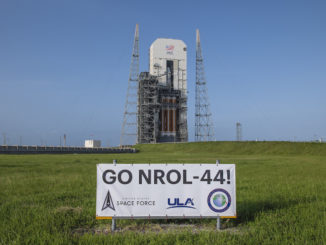