Japanese officials called off the launch of an H-2B rocket and HTV space station cargo ship Tuesday after a fire broke out on the launch pad at the Tanegashima Space Center.

The fire occurred at around 1805 GMT (2:05 p.m. EDT) Tuesday, or 3:05 a.m. local time Wednesday, around three-and-a-half hours before the H-2B launcher was scheduled to lift off with an automated supply ship bound for the International Space Station.

The cause of the fire was still under investigation when officials briefed reporters on the fire four hours after cameras first observed the blaze near the base of the 186-foot-tall (56.6-meter) rocket. The launch pad was evacuated at the time of the fire, and the rocket’s manufacturer, Mitsubishi Heavy Industries, reported no injuries.

A live video feed of the launch pad showed a flash near the base of the H-2B rocket, followed by a cloud smoke. Water jets began spraying the launcher and its mobile platform around 15 minutes later.

Around 90 minutes later, a loudspeaker announcement at Tanegashima said the H-2B launch was postponed because of a “fire around a hole in the deck of the mobile launcher … We are trying to extinguish a fire.”

The flames were easily visible in the live video feed for several minutes before abating. But a hydrogen fire can be almost invisible, and water continued spraying on the launch pad for nearly three hours.

Detectors around the launch pad did not sense any leak of liquid hydrogen or liquid oxygen during the countdown, and MHI officials at Tanegashima told reporters a few hours after that fire that ground crews were still investigating the cause of the blaze.

No apparent damage to the rocket was visible after sunrise at Tanegashima.

Officials from MHI and the Japan Aerospace Exploration Agency did not announce a new target launch date, but the flight was expected to be postponed by at least several days.

The H-2B rocket was set to blast off with Japan’s eighth HTV resupply mission to the space station.

The eighth HTV spacecraft is packed with some 8,326 pounds (3,777 kilograms) of equipment, experiments and crew provisions for the space station, including six new lithium-ion batteries to update the orbiting research lab’s power system.

Around 5,313 pounds (2,410 kilograms) of cargo is loaded inside the HTV’s pressurized logistics carrier, including a Sony-developed laser communications experiment, hardware for a cellular biology research rack and fresh water.

Astronauts Nick Hague and Andrew Morgan on the space station planned to conduct at least two spacewalks Sept. 27 and Oct. 1 to begin installing the fresh batteries, which will replace aging and less-capable nickel-hydrogen batteries on the P6 solar array module on the far port side of the station’s truss backbone.

The spacewalk schedule may be impacted by the HTV launch delay, depending on how long the mission remains grounded.

Meanwhile, a Russian Soyuz crew ferry craft is set for liftoff from Kazakhstan on Sept. 25 with cosmonaut Oleg Skripochka, NASA astronaut Jessica Meir, and United Arab Emirates astronaut Hazzaa Ali Almansoori. The trio will arrive at the station the same day, and Ali Almansoori will return to Earth on Oct. 3 on a different Soyuz capsule with outgoing station crew members Alexey Ovchinin and Nick Hague. 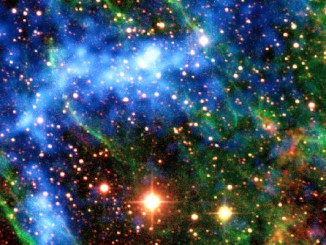 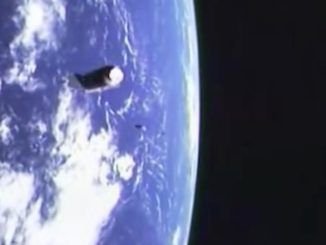 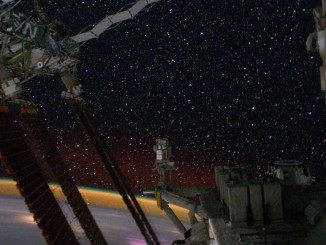