The Vikram lander, part of India’s Chandrayaan 2 mission launched in July, will attempt to land near the lunar south pole Friday and deploy a rover to conduct the first on-the-ground scientific surveys away from the moon’s equatorial regions.

The robotic spacecraft is set for touchdown on the moon at around 2023 GMT (4:23 p.m. EDT) Friday between two craters — Manzinus C and Simpelius N — at 70.9 degrees south latitude, closer to the moon’s south pole than any previous mission.

Less than half of the attempts to land on the moon since the dawn of the Space Age have been successful, and the Chandrayaan 2 mission will be India’s first try.

But K. Sivan, chairman of the Indian Space Research Organization, said he is confident Chandrayaan 2 will safely land.

“One good thing is we are learning from their failures,” he said in a press conference Aug. 20.

“We have the confidence in this landing mission,” Sivan said. “We are confident because we have enough testing, enough simulations. All the subsystem- and system-level, sensor-level, thruster-level, all the simulations here are done. We are confident that anything humanly possible, we did.

“But at the same time, it’s a new mission,” he said. “It’s a terrifiying moment for us.”

Chandrayaan 2 is India’s second mission to the moon, but it marks the country’s first attempt to land on another planetary body. The mission is a follow-up to India’s Chandrayaan 1 orbiter, which was the first spacecraft to detect evidence of ice hidden in permanently-shadowed craters at the lunar poles.

“This proof of capability, the Chandrayaan 2 mission with the lander and the rover, is very ambitious,” said Clive Neal, a lunar scientist at the University of Notre Dame, in an interview with Spaceflight Now.

And Chandrayaan 2’s $136 million cost is a fraction of the development budget for NASA’s Lunar Reconnaissance Orbiter, which cost more than $500 million to build and launch in 2009.

“They’ve got a nice landing site picked out,” Neal said. “It looks pretty benign in terms of small craters and boulders. This would be a pathfinder for future landings in more challenging environments, and because it’s a new place (to explore) on the moon, there will be good science that comes out of it.”

India seeks to become the fourth country to achieve a soft landing on the moon, following the former Soviet Union, the United States and China.

Since separating from the Chandrayaan 2 orbiter, the Vikram lander has fired its rocket thrusters to maneuver into a lower orbit that ranges between 21 miles (35 kilometers) and 62 miles (101 kilometers) above the moon’s surface.

The maneuvers set up Vikram to begin its final 15-minute powered descent to the lunar surface at approximately 2008 GMT (4:08 p.m. EDT) Friday.

“From that time onward, the entire thing will be decided by the Chandrayaan 2 lander only,” Sivan said. “When the lander is coming down, it will take images of the place, and it will compare with the image of what we stored on-board. It will find a flat surface, it will re-target, it will hover for some time, and it will decide where to land, and it will land. It will land autonomously in an intelligent way.”

Five throttleable liquid-fueled engines will control the lander’s rate of descent, and a laser rangefinder will guide the spacecraft toward the landing zone. After the start of the powered descent phase, the entire landing sequence will be autonomous, without input from ground controllers.

The five rocket engines will slow the spacecraft’s velocity from 3,600 mph (1.6 kilometers per second) to zero during the landing sequence, Sivan said.

“This job is done by the thrusters,” he said. “These thrusters are 800-newton (180-pound-thrust) thrusters. They are throttleable. There are four thrusters kept at the four corners, and then there is a central thruster. During the descent phase, the thrust will vary as required. This is a new technology for us, the first time we will do throttling of the engine on-board.”

The first part of Vikram’s descent, dubbed the “rough braking phase,” will use the four corner engines to drastically slow the lander’s speed by firing in the spacecraft’s direction of travel. Then the craft will begin to pitch over to point its engines toward the lunar surface.

Vikram will then hover at an altitude of about 330 feet (100 meters) using two of its engines to allow the spacecraft’s guidance system to select a safe landing site. The navigation computer will use inputs from a laser altimeter and hazard avoidance camera to ensure Vikram has a clear landing zone.

Once Vikram selects a landing site, the craft will begin a vertical descent and ignite its center engine roughly 42 feet (13 meters) above the moon’s surface to control the lander’s final touchdown. The use of the center engine should minimize the dust that the retrorockets will kick up during landing, ISRO says.

Touchdown sensors in Vikram’s four landing legs will detect contact with the surface, and the engine will shut down.

Vikram’s arrival on the moon is timed to occur just after the start of the lunar day, during which the sun is above the horizon for approximately 2 weeks. The lander and its mobile scout rover are solar-powered.

Around two hours after landing, Vikram will deploy a ramp to allow the mission’s 59-pound (27-kilogram) rover to drive onto the lunar surface.

After powering up, the rover — named Pragyan for the Sanskrit word for “wisdom” — will open its solar panel at around 2333 GMT (7:33 p.m. EDT) and begin driving down the ramp a few minutes later.

Within four hours of landing, Pragyan should be on the moon’s surface, according to ISRO.

Pragyan measures about 3 feet by 2.5 feet by 2.8 feet (90 x 75 x 85 centimeters). It carries a suite of instruments to study the composition of rocks and soil at the landing site.

“Another one is the mapping of minerals and water,” he said. “Then another scientific study is the study of the exosphere. The atmosphere is very, very mild. Then, at the place where the lander is landing, what is the seismic activity there? Another thing is after landing, a probe will go into the lunar surface and study the thermal characteristics and thermal conductivity.”

The Vikram lander will also take panoramic images, and Pragyan carries its own cameras to help navigate around rocks and other obstacles. Pragyan is expected to drive up to 1,600 feet, or 5oo meters, during its mission.

A NASA-provided laser retroreflector is also flying on the Vikram lander.

Chandrayaan 2’s stationary lander and mobile rover are designed to last at least 14 days — equivalent to half of a lunar day — until the sun sets at the landing site, robbing the vehicles of electrical power as temperatures plummet to near minus 300 degrees Fahrenheit (minus 183 degrees Celsius).

Sivan said last month that the frigid temperatures could damage sensitive components inside the lander and rover.

“At that temperature, we are qualified, but I cannot give confidence to you (that the spacecraft will survive,)” Sivan said. “It may happen. It may not happen.”

Meanwhile, the Chandrayaan 2 orbiter will conduct its own scientific observations over a mission scheduled to last at least one year. The orbiter will take high-resolution images and scan the lunar surface with radar and spectral imagers to hunt for signs of water ice.

Reservoirs of frozen water on the moon could be converted into rocket fuel and other supplies for a lunar base.

NASA’s Artemis program aims to land a two-person crew near the moon’s south pole by 2024, and Sivan said findings by missions like Chandrayaan 2 will provide important data for teams planning a human anding. 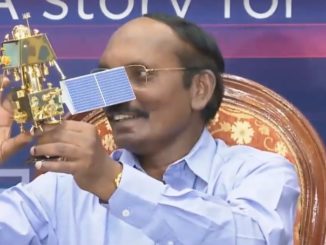 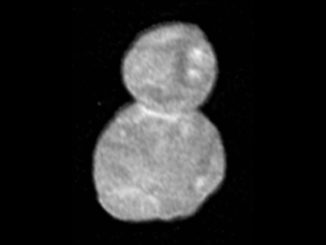 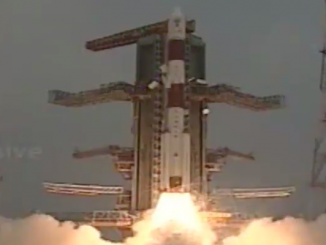