The 142-foot-tall (43.4-meter) rocket that will send aloft India’s Chandrayaan 2 moon mission Sunday has arrived on its launch pad on the Indian east coast.

The Geosynchronous Satellite Launch Vehicle Mk.3, or GSLV Mk.3, is set for liftoff at 2121 GMT (5:21 p.m. EDT) Sunday from the Satish Dhawan Space Center, India’s spaceport on the coast with the Bay of Bengal around 50 miles (80 kilometers) north of Chennai.

The launch is timed for 2:51 a.m. local time Monday in India.

The GSLV Mk.3 is India’s most powerful launcher. Indian space agency officials last year switched the launch of the Chandrayaan 2 mission from the less capable GSLV Mk.2 rocket after the spacecraft’s mass grew to exceed the mission’s original design.

The all-Indian launch vehicle and the moon-bound Chandrayaan 2 spacecraft rolled out of the Vehicle Assembly Building on July 7 at the space base, located on Sriharikota Island, on a mobile platform for the journey to the Second Launch Pad.

The rollout occurred after technicians stacked the launch vehicle’s components on the mobile launch platform inside the assembly building, and finally capped the rocket with the Chandrayaan 2 spacecraft, a three-in-one mission consisting of an orbiter module, a landing craft and a rover that will deploy from the lander after touchdown on the lunar surface.

Assuming the mission takes off Sunday — two days shy of the 50th anniversary of the launch of Apollo 11 — the spacecraft should arrive in orbit around the moon in early August, followed by separation of the lander from the orbiter for final descent and landing Sept. 6.

India is seeking to become the fourth country to achieve a soft landing on the moon, following the Soviet Union, the United States and China. The Chandrayaan 2 mission has cost around $142 million to design, develop and ready for launch, including the cost of the rocket and the spacecraft, according to the Indian Space Research Organization.

The GSLV Mk.3 rocket will blast off off powered by two 86-foot-long (26.2-meter) S200 solid rocket boosters, generating a combined 2.2 million pounds of thrust. A core stage driven by two hydrazine-fueled Vikas engines will ignite at T+plus 1 minute, 50 seconds, followed by burnout and separation of the strap-on boosters around 30 seconds later.

Each of the S200 solid-fueled boosters will burn through their supply of more than 225 tons (205 metric tons) of pre-packed solid propellants.

The twin Vikas engines fired until around T+plus 5 minutes, 15 seconds, then give way to a cryogenic upper stage powered by liquid hydrogen and liquid oxygen to place the Chandrayaan 2 spacecraft in an elliptical transfer orbit stretching to a maximum altitude of more than 23,000 miles (38,000 kilometers) above Earth.

Chandrayaan 2’s on-board engines will push the spacecraft into higher orbits before breaking free of Earth’s gravitational grasp and heading for the moon, where it will enter orbit in early August.

The orbiter will steer the solar-powered spacecraft into a circular 62-mile-high (100-kilometer) orbit around the moon during a series of maneuvers in August, setting the stage for landing separation and final descent in early September.

The launch of Chandrayaan 2 will mark the first operational flight of India’s GSLV Mk.3 rocket, following a suborbital test flight in 2014 and two successful orbital demonstration missions in 2017 and 2018.

Indian officials have selected the GSLV Mk.3 for the country’s human spaceflight program, which aims to send two or three astronauts into orbit on an Indian-built spacecraft by the end of 2021.

The photos below show the GSLV Mk.3’s rollout Sunday from the assembly building at Sriharikota. 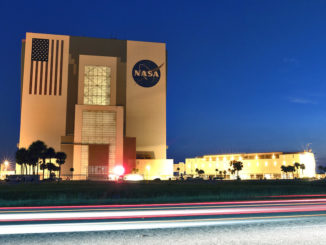 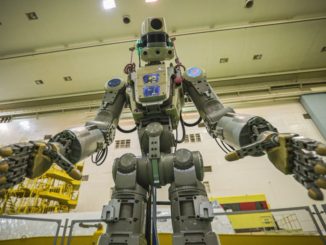