The Soyuz-2.1b rocket lifted off from the Plesetsk Cosmodrome in far northern Russia at 0623 GMT (2:23 a.m. EDT; 9:23 a.m. Moscow time) Monday, according to the Russian Defense Ministry.

Seconds later, a bolt of lightning struck the kerosene-fueled launcher as it climbed away from Plesetsk, located in Russia’s Arkhangelsk region around 500 miles (800 kilometers) north of Moscow.

Rockets are known to trigger lightning as they ascend through thick clouds or thunderstorms. Famous past incidents of lightning striking a launch vehicle include the Apollo 12 moon mission’s Saturn 5 rocket, which was hit by lightning twice in the first minute after liftoff from Florida in November 1969, with the discharge following the Saturn’s exhaust plume to the ground.

The lightning knocked offline the Apollo 12 command module’s fuel cells and affected the spacecraft’s instrumentation, but did not impact the Saturn 5 rocket’s flight compute or guidance system. Thanks to quick thinking from mission control and the crew on-board, the mission was able to continue to the moon.

An Atlas-Centaur rocket launched in 1987 was not so lucky. A lightning strike on the Atlas launcher, designated AC-67, about 49 seconds after liftoff resulted in a guidance system failure and the structural break-up of the rocket, destroying a U.S. Navy communications satellite.

The Apollo 12 and AC-67 incidents led range personnel in the United States to institute tighter weather constraints on rocket launches.

In a tweet congratulating Russian military and industrial teams on Monday’s successful launch, Roscosmos chief Dmitry Rogozin wrote: “Lightning is not an obstacle for you.”

After the Soyuz rocket’s nine-minute climb into space from Plesetsk, a Fregat upper stage took over to inject the Glonass M navigation satellite into a near-circular orbit at an altitude of more than 11,900 miles (19,100 kilometers) and an inclination of 64.8 degrees, according to U.S. military tracking data.

The Russian Defense Ministry said in a statement that ground controllers were in contact with the Glonass M satellite after Monday’s launch, and all systems on the spacecraft were functioning normally.

The 3,100-pound (1,400-kilogram) satellite was manufactured by ISS Reshetnev in Zheleznogorsk, Russia.

Designed for a seven-year lifetime, the new craft will replace an aging member of the Glonass fleet, which is the Russian military’s analog to the U.S. Air Force’s Global Positioning System.

Russian officials were expected to officially designate the new Glonass satellite as Kosmos 2534, consistent with the defense ministry’s naming scheme for military satellites. 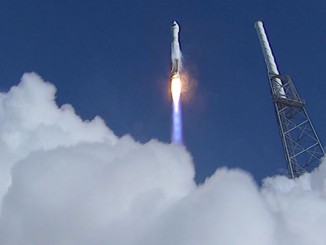 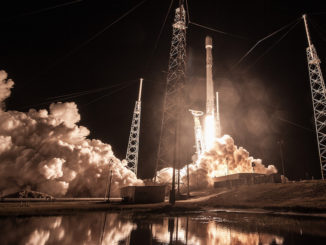