JPL chief engineer Rob Manning, a veteran of Mars mission teams dating back to Mars Pathfinder more than two decades ago, describes how the InSight spacecraft will enter the Martian atmosphere and touch down on the red planet.

InSight’s “seven minutes of terror” begin with entry into the Martian atmosphere at a velocity of 12,300 mph (5.5 kilometers per second). Cocooned in a flying saucer-shaped shell, the lander will slow down using aerodynamic friction, building up temperatures on the outer skin of the craft’s heat shield as high as 2,700 degrees Fahrenheit (1,500 degrees Celsius).

A supersonic parachute will then unfurl — shot out of the top of the entry vehicle like a mortar shell — at a velocity of around 861 mph (385 meters per second), and at an altitude of approximately 36,400 feet (11,100 meters) above ground level.

Fifteen seconds later, InSight will release its heat shield and extend its three landing legs, each fitted with a trigger sensor to detect touchdown.

But InSight’s parachute is not enough to slow the spacecraft enough for a soft landing. The Martian atmosphere — less than one percent the thickness of Earth’s — is far too thin to allow landers to safely reach the surface using parachutes alone.

InSight will next activate a landing radar to measure the spacecraft’s altitude and descent rate, and after about two minutes under the parachute, the probe will release from its backshell at a speed of around 134 mph (60 meters per second) and an altitude of approximately 3,600 feet (1,100 meters).

One second after backshell separation, the lander will begin firing 12 braking rockets to slow its descent velocity and null out horizontal movements. The spacecraft will also rotate to ensure it is in the correct orientation for touchdown, with its solar arrays extending east and west from the deck, and the robotic arm’s work area on the south side of the lander.

Around 164 feet (50 meters) above the surface, InSight will transition to a constant velocity mode. Around 15 seconds later, InSight will reach the surface at a velocity of around 5 mph (2.24 meters per second), and immediately switch off its liquid-fueled thrusters.

InSight’s two fan-shaped solar arrays are programmed to unfurl beginning 16 minutes after touchdown, a critical event that will ensure the lander can recharge its batteries.

Read our landing preview story for details on InSight’s mission. 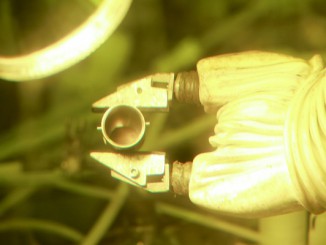 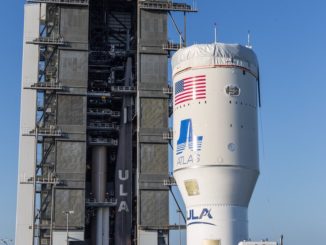 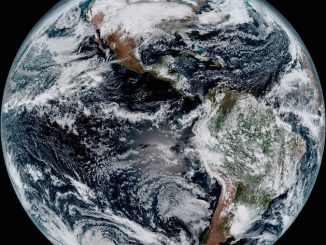