Closing out a three-day chase from a launch pad in Virginia, Orbital ATK’s Cygnus cargo freighter arrived Thursday at the International Space Station with nearly 7,400 pounds of equipment, delivering food, a quantum physics experiment, and CubeSats for later deployment in orbit.

During its nearly two-month mission, known as OA-9, the Cygnus spacecraft will slightly raise the altitude of the outpost, making it the first U.S. vehicle to reboost the station’s orbit since the retirement of the space shuttle.

The automated supply ship approached the station from below Thursday, aiming laser ranging sensors to track the craft’s distance and closure rate with the orbiting research lab.

After pausing at pre-planned hold points, the Cygnus spacecraft stopped its approach around 30 feet, or 10 meters, below the space station, and astronaut Scott Tingle took control of the lab’s Canadian-built robotic arm to capture the supply ship at 5:26 a.m. EDT (0926 GMT).

Tingle grasped the spacecraft with the robot arm as the space station sailed 264 miles (425 kilometers) over the southern Indian Ocean.

Tingle handed over control of the robot arm to engineers on the ground, who maneuvered the Cygnus spacecraft into position on the Earth-facing berthing port on the space station’s Unity module. Sixteen bolts closed to firmly attach the cargo freighter to the Unity module at 8:13 a.m. EDT (1213 GMT), clearing the way for pressure leak checks before the station crew opens hatches leading into the supply ship later Thursday.

The astronauts will unpack 7,205 pounds (3,268 kilograms) of provisions, experiments and other hardware loaded inside the Cygnus spacecraft’s Italian-built pressurized compartment, and replace the cargo with trash for disposal at the end of the Cygnus mission.

The breakdown of cargo aboard the mission includes:

A commercial deployment platform provided by NanoRacks, a Houston-based company that brokers opportunities for researchers to send their experiments into space, is mounted outside the Cygnus spacecraft to release six tiny CubeSats in orbit after the supply ship departs the space station in July.

The NanoRacks deployer, and the CubeSats contained inside, weighs around 181 pounds (82 kilograms), giving the OA-9 mission a total “upmass” of 7,385 pounds (3,350 kilograms), according to a NASA fact sheet.

Scientists plan to use one of the experiments launched aboard the Cygnus supply ship to explore the nature of ultra-cold matter, probing the behavior of atoms chilled to extreme temperatures colder than the vacuum of space.

The Cold Atom Laboratory, developed by NASA’s Jet Propulsion Laboratory, will spend at least three years serving as a platform for quantum experiments.

“Right there in the name is the word cold,” said Eric Cornell, a Nobel Prize winner in physics and principal investigator one of the investigations that will use the Cold Atom Laboratory. “Way down in the heart of that thing … we hope to get to temperatures of something less than 1 nano-Kelvin, so we intend to get within a billionth of a degree of absolute zero.”

The chilling conditions inside the Cold Atom Laboratory will slow the movement of atoms until they are almost motionless, forming Bose-Einstein condensates, a low-energy state of matter where atoms become synchronized and exhibit characteristics of a single continuous wave, rather than individual particles, according to NASA.

Research into Bose-Einstein condensates on Earth are limited by the effects of gravity, which causes atoms to settle to the ground in a fraction of second. In space, high-resolution imagers inside the Cold Atom Laboratory could observe the behavior of the condensates for up to 10 seconds in free fall, allowing scientists to probe their properties and study fundamental quantum mechanics that could find applications in miniaturized technology, atomic clocks and quantum computers.

Scientists will command the Cold Atom Laboratory from the ground while the crew sleeps, minimizing interference and accelerations from astronaut activity that could mask the facility’s precise quantum measurements.

Another science experiment carried by Cygnus will study the solidification of cement in microgravity.

“We are looking into colonizing space,” said Aleksandra Radlinska, principal investigator for the cement experiment from Penn State University. “We want to go to the moon and deep space beyond, and we will need shelters for the human missions. We will need to protect equipment from radiation effects and impacts that these could experience.”

Concrete could be a “go-to” material to build such shelters, she said.

“In our research, we actually look into how cement reacts with water, and how this very complex process of microstructure formation happens in space,” Radlinska said.

Radlinska’s team sent up multiple pouches with cement and water for astronauts to mix on the space station. The samples will come back to Earth for comparison with the results obtained from similar pouches mixed on the ground, according to Juliana Neves, a graduate researcher on the experiment at Penn State.

The investigation will ultimately help address two questions, Radlinska said: “How can we use it more sustainably on Earth, and how can we make usage of raw materials present in space and make a concrete-like cement binder in space?”

A commercially-developed device launched aboard the Cygnus mission will test a method of separating liquids in microgravity for Zaiput Flow Technologies, a Massachusetts-based company. The mechanism will use surface tension, instead of gravity as used on Earth, to separate water from an organic solvent, demonstrating a method that could be employed by future expeditions synthesizing chemicals in space or on another planet to produce water and rocket fuel.

The Cygnus supply ship also delivered equipment for astronauts to install outside the space station on a spacewalk scheduled for June 14. The Cygnus also demonstrated during Thursday’s rendezvous the first use of a new communications system to allow the station crew to establish radio links with the approaching cargo freighter.

The same proximity communications system will be used by Boeing and SpaceX commercial crew vehicles as they rendezvous with the orbiting complex, and Thursday’s demonstration was a step toward verifying the radio functions as intended.

Nine CubeSats packaged inside the Cygnus pressurized cabin will be transferred into the station’s Japanese Kibo lab, where astronauts will place them in an airlock for retrieval by a robotic arm, which will position the nanosatellites for release into orbit in the coming months.

The nine CubeSats set for release from the space station are:

Before the Cygnus spacecraft’s planned July 15 departure from the station, it will conduct a brief maneuver to reboost the research lab’s orbit. It will be the first time a commercial U.S. cargo vehicle has attempted a space station reboost, a capability currently only provided by Russian spacecraft.

The orbit-raising maneuver will only nudge the space station into a slightly higher orbit, and mission planners have penciled in the reboost demonstration for a time when the research complex is already in the proper orientation for the maneuver, soon after the docking of a Russian Progress cargo freighter in early July.

At that time, the Cygnus spacecraft’s main engine, which faces Earth during most of the ship’s stay at the space station, will be aligned roughly parallel with Earth’s surface with the station’s direction of travel, or velocity vector.

“We’ll test it out and see if it works, and it definitely opens up options for us in the future,” said Kirk Shireman, NASA’s space station program manager at the Johnson Space Center in Houston. “We’ll continue to have to reboost. The station is reboosted several times a year, and at the end of life, we’ll have to deboost the station, and of course, you have to do that very carefully. It’s a very large station, and we want to put it in at a specific place over the planet. We’ll need a lot of capability at that time as well.”

“Our team is excited,” said Frank DeMauro, vice president and general manager of Orbital ATK’s advanced programs division. “We hope to be able to do that test toward the end of our stay on the ISS, and hopefully that’s another aspect of Cygnus that NASA can use in the future.”

After leaving the space station, Cygnus will fire its engine to climb into a higher orbit, to an altitude of roughly 310 miles (500 kilometers), for deployment of six more CubeSats.

The final CubeSat deployments include four “Lemur-2” payloads for Spire Global, which builds and operates a fleet of nanosatellites surveying Earth’s atmosphere and tracking maritime traffic. The Aerospace Corp.’s AeroCube 12A and 12B spacecraft will also be released to demonstrate new star-tracker imaging sensors, a variety of nanotechnology payloads, advanced solar cells, and an electric propulsion system on one of the two satellites, according to NanoRacks, which provided accommodations for the CubeSats on the Cygnus mission.

At the end of the mission, Cygnus will drop out of orbit and burn up over the South Pacific Ocean with several tons of trash no longer needed on the space station.

Orbital ATK is one of two current providers of commercial resupply services to the station through a contract with NASA. Thursday’s delivery marked the ninth successful berthing of a Cygnus spacecraft at the research outpost, and the eighth operational cargo delivery by Orbital ATK.

Counting a launch failure in 2014, the OA-9 flight is the ninth of 11 resupply runs under Orbital ATK’s first cargo transportation contract with NASA, which is valued at $2.89 billion, according to the space agency’s inspector general.

The agency’s other cargo transportation provider, SpaceX, has launched 14 operational logistics missions to date under a $3.04 billion Commercial Resupply Services, or CRS, contract encompassing 20 flights. SpaceX’s Dragon capsule also returns several tons of experiments and hardware to Earth on each mission, a capability not offered by any of the station’s other U.S., Russian and Japanese supply ships currently in operation.

Like Orbital ATK, SpaceX has suffered one launch failure on a resupply flight.

Orbital ATK and SpaceX have separate follow-on contracts to continue resupplying the space station from 2020 through 2024, along with newcomer Sierra Nevada Corp. Each of the three cargo transportation providers is guaranteed a minimum of six missions under the terms of the new contracts, bringing the total number of flights anticipated by Orbital ATK and SpaceX to 17 and 26, respectively.

Here’s a summary of the cargo delivered to the space station by Orbital ATK and SpaceX on their operational missions to date. (NOTE: SpaceX’s Dragon capsule is capable of carrying pressurized and unpressurized cargo, and the numbers below include both types of equipment. Mass numbers are sourced from NASA, which on recent missions has only provided cargo masses that include packaging and other stowage materials. If known, the mass figures do not include commercial CubeSats and payloads not transferred into the space station.) 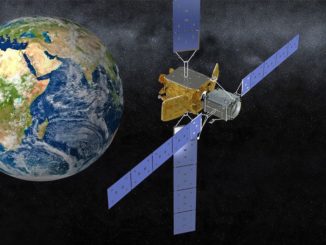 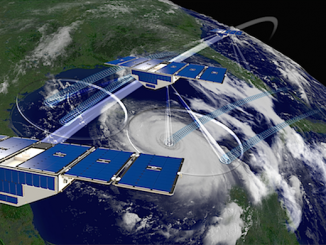 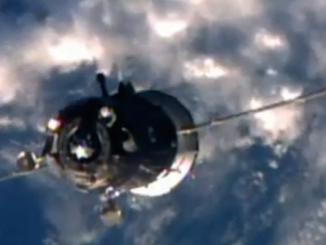