A corrective software patch uplinked to the International Space Station has fixed a problem with a newly installed grapple fixture on one end of the lab’s robot arm, NASA officials said Sunday. With the mechanism now fully operational, a re-planned spacewalk Monday to re-install a degraded unit has been called off.

The Canadarm 2 space crane has two such grapple fixtures, known as latching end effectors, or LEEs, one on each end of the arm. LEE-A was replaced during a spacewalk last October and the old unit was attached to an anchor fitting on the rail car that carries the arm from point to point along the station’s power truss.

The LEE-B mechanism was replaced with a spare during a spacewalk last Tuesday. The degraded LEE-B, which remains functional, was temporarily mounted on an external stowage platform.

NASA originally planned a spacewalk Monday by astronauts Mark Vande Hei and Norishige Kanai to bring the original LEE-A mechanism inside the station for return to Earth and repairs. The degraded LEE-B removed Tuesday was to be mounted on the robot arm carrier car for use as needed.

But shortly after the spare LEE-B was installed, flight controllers discovered one of the two communications channels used to execute commands to the mechanism was not working. Without full redundancy, another failure could disable the arm completely, possibly during a critical operation.

Believing the problem likely was an internal hardware issue, NASA managers opted to re-plan Monday’s spacewalk, directing Vande Hei and Kanai to detach the faulty unit and to re-install the degraded LEE, in effect reversing the work done last Tuesday. While it has suffered wear and tear during its years in space, the original LEE-B remains fully operational.

But arm specialists with the Canadian Space Agency and arm-builder McDonald Dettwiler developed a software fix that restored full redundancy in the newly-installed LEE-B’s command channels, or “strings.”

Diagnostic software confirmed “that an anomaly noted in a primary communications string on the spare end effector … was not hardware related and can be corrected through the implementation of software,” NASA said in statement Sunday. “A confidence test verifying the software upgrade was successfully completed Saturday night.”

The statement said the originally planned spacewalk to move the old LEE-A fitting back inside the station and to mount the degraded LEE-B on the robot arm transporter has been deferred to mid February.

Canadarm 2, known officially as the Space Station Remote Manipulator System, or SSRMS, is a 58-foot-long robot arm that can move end over end, inchworm fashion, from one anchor point to another to reach various work sites.

Each end of the arm is equipped with a latching end effector that uses motorized snares to lock onto anchor fittings and plug into power, data and video connectors. Arm anchor points are mounted on station modules and on the mobile base rail car that carries the arm to work sites along the truss.

The arm is critical to space station operations, moving spacewalkers, station components and even visiting cargo ships from point to point. 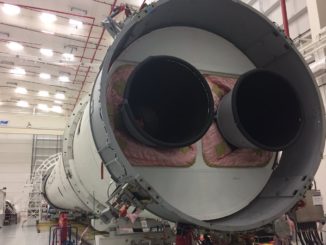 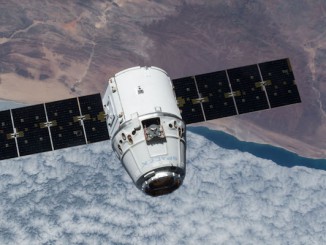 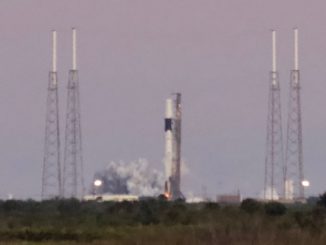