The Lotos-S1 spy satellite lifted off on a Soyuz-2.1b rocket at 1043 GMT (5:43 a.m. EST) Saturday from Site 43 at Plesetsk, then turned northeast on a track over the Russian Arctic and Siberia, heading for a high-inclination orbit.

Liftoff from the snowy cosmodrome occurred at 1:43 p.m. Moscow time.

The Soyuz-2.1b rocket dropped its four strap-on kerosene-fueled boosters around two minutes into the flight, and the launcher’s core stage and third stage fired as planned to inject the Lotos-S1 spacecraft into an elliptical orbit.

Space surveillance radars operated by the U.S. military detected the satellite in an orbit with a perigee, or low point, of around 150 miles (243 kilometers) and a high point, or apogee, of 558 miles (898 kilometers), according to publicly available data. The satellite is in an orbit tilted 67.1 degrees to the equator.

A statement issued by the Russian Ministry of Defense on Saturday did not identify the spacecraft launched Saturday, but said the flight was successful and confirmed all systems on the satellite were functioning.

Analysts believe the satellite is the third in the Russian military’s series of Lotos electronic intelligence-gathering missions, following the launch of a Lotos test satellite in November 2009 and a follow-up launch of the first Lotos-S1 payload in December 2014. The 2009 and 2014 missions used Soyuz rockets launched from Plesetsk and released their satellites in the same orbit as Saturday’s flight.

The second Lotos-S1 satellite, like its predecessors, was built by KB Arsenal, a Russian military contractor in Saint Petersburg. According to the manufacturer, the Lotos-S1 satellites weigh around 13,000 pounds (6,000 kilograms) fully fueled at launch.

An on-board engine is expected to fire to place the Lotos-S1 spacecraft in a circular 560-mile-high (900-kilometer) orbit before the satellite enters service for the Russian military.

Saturday’s launch was the first for a Soyuz booster since a rocket failure Nov. 28 that led to the loss of 19 satellites, including a new Russian weather observatory. The doomed satellites lifted off on a Soyuz-2.1b rocket from the Vostochny Cosmodrome in Russia’s Far East, and the rocket’s Fregat upper stage likely succumbed to a guidance programming error around 10 minutes later.

Russian investigators looking into the accident exonerated the Soyuz rocket in the Nov. 28 failure, clearing the way for missions not relying on the Fregat upper stage to continue their launch campaigns. 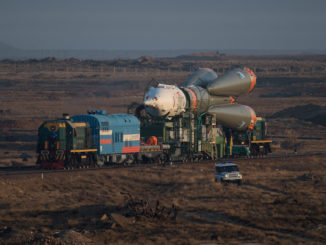 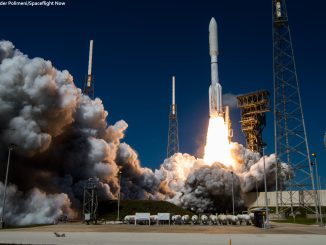 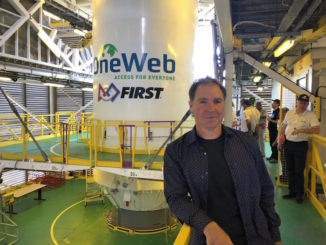