The acquisition of DigitalGlobe, the owner of several commercial Earth-viewing spacecraft in orbit, by Canada’s MDA Corp. will combine two of the world’s leading radar and optical observation imaging systems into one globe-spanning network and give Space Systems/Loral a firmer foothold in the market for manufacturing Earth observation satellites, officials said Friday.

The companies announced MDA’s purchase of DigitalGlobe on Friday, touting cost savings, sales and revenue opportunities, and operational efficiencies as the chief reasons for the transaction.

“We believe this combination uniquely positions MDA to both lead and benefit from the continuing transformation of space technology markets,” Lance said Feb. 24 in a conference call announcing MDA’s acquisition of DigitalGlobe. “We will be one of only a few companies with this kind of breadth and depth in space-related solutions ideally suited to solving today’s complex customer missions.”

DigitalGlobe will remain headquartered in Westminster, Colorado, as a “standalone” division of MDA, retaining its name and brand, said Jeffrey Tarr, the company’s president and CEO.

The acquisition will “create a geospatial leader with a powerful combination of satellite manufacturing, ground systems, radar and electro-optical imagery and analytics, with industry-leading positions in each of our end markets,” Tarr said.

DigitalGlobe operates the WorldView series of Earth observation satellites, including the recently-launched WorldView 4 observatory which entered commercial service earlier this month and is capable of seeing objects as small as 30 centimeters, or about one foot, in high-resolution reconnaissance imagery.

The older WorldView 1, 2 and 3 satellites were launched in 2007, 2009 and 2014, and DigitalGlobe on Friday discussed high-level features of the company’s next-generation “WorldView Legion” satellite constellation for the first time.

“MDA is committed to supporting DigitalGlobe’s ability to execute on our future constellation strategy,” Tarr said. “This includes initial investments in 2017 in the long-lead time elements of our next-generation satellite system.”

The WorldView Legion constellation is “much more than just a replacemenet for WorldView 1 and 2,” Tarr said. “We expect this industry-leading multi-satellite system to more than double our high-resolution capacity in regions where it matters most.”

DigitalGlobe has partnered with Saudi Arabia’s King Abdulaziz City of Science and Technology and Taqnia Space to build six small Scout imaging satellites to complement the larger spacecraft in the WorldView fleet, offering faster revisit times to fly over parts of the planet with greater rapidity.

“Together with Scout, we will extend our lead by delivering to customers the ability to image the most rapidly changing regions on Earth up to 40 times per day, combined with the ability to see areas of interest with industry-leading resolution and accuracy,” Tarr said.

DigitalGlobe, whose main customer is the U.S. government, plans to invest up to $600 million in the WorldView Legion program, Tarr said.

MDA’s Space Systems/Loral division, which it acquired in 2012, will build the WorldView Legion satellites in Palo Alto, California. DigitalGlobe’s previous WorldView platforms were manufactured by Ball Aerospace and Lockheed Martin in Colorado and California, respectively.

SSL has branched out from focusing its manufacturing center on large commercial telecommunications satellites to smaller Earth-imaging and scientific missions.

One of DigitalGlobe’s competitors, Terra Bella, has tapped SSL to build 19 small SkySat Earth observation satellites, which offer lower-resolution imaging than the WorldView craft, but are spread out in Earth orbit to fly over the same place more often.

Under the terms of the satellite contract, Terra Bella transferred SSL rights to part of its design, allowing SSL to apply the technology and know-how to other small satellite programs.

Planet, another player in the Earth observation market, bought Terra Bella from Google earlier this month. Planet owns more than 100 CubeSats, with a goal of imaging the entire planet every day.

Some of SSL’s new small satellite expertise could now find its way into WorldView Legion.

“One of the important aspects of this combination is access to SSL’s very advanced manfuacturing capability and technology, and we believe that will contribute to reducing the capital intensity of the business,” Tarr said, implying DigitalGlobe’s future satellites will cost less to produce than earlier generations.

“We have radar technologies. They have advanced imaging technologies,” Lance said. “Together we can create true multi-source, multi-sensor data. It’s all about turning that data then into actionable intelligence, whether that’s for commercial customers or for global defense and intelligence applications.”

MDA’s purchase of SSL and DigitalGlobe are part of the Canadian company’s bid to attract more U.S. government business by boosting its presence in the United States. Lance, a U.S. citizen, was named MDA’s chief executive last year as part of the effort.

Lance said MDA recently signed a security control agreement with the U.S. Defense Department, and on Feb. 23 received a “facility clearance” for SSL MDA Holdings, a U.S.-based holding company set up to permit better access to the U.S. government market.

The next step is obtaining a facility clearance for SSL’s manufacturing site in Palo Alto, California, Lance said. 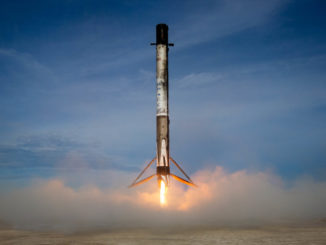 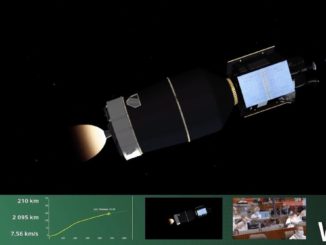