A wave of clock failures on Europe’s Galileo navigation satellites has not knocked any of the craft offline, but officials want to better understand the problem before launching more satellites into the fleet.

Five of the 18 Galileo navigation craft currently in orbit have encountered clock anomalies, according to the European Space Agency.

Each satellite has four clocks for redundancy — only one is required to provide navigation services — and none of the spacecraft has lost more than two clocks, according to Jan Woerner, ESA’s director general.

The clocks are critical to provide precise positioning data to Galileo’s users, ensuring accurate measurements of the distance between the navigation receiver on the ground and the spacecraft in orbit.

The navigation network works by triangulating a user’s position on the ground by computing the distance between the receiver and multiple satellites.

The signals transmitted by each Galileo satellite include the time they were sent and the orbital position of the spacecraft. Receivers in mobile phones, cars, airplanes and ships can derive their location based on that information.

The clock problems have not restricted any satellite’s functionality, officials said, and the Galileo fleet continues to offer so-called “initial services” in conjunction with the U.S. Air Force’s Global Positioning System satellites.

“None of the satellites of the constellation so far have been declared inoperative due to these events, so all of them are still working, but several of the clocks … failed,” said Woerner said in a Jan. 18 press briefing.

With the launch of four more Galileo craft on an Ariane 5 rocket in November — the first use of Europe’s workhorse heavy-lifter for the Galileo program — there are now 18 European navigation satellites in orbit.

The full system will consist of 30 satellites, including 24 active members spread among three orbital planes about 14,429 miles (23,222 kilometers) above Earth, plus six spares.

While the 18 satellites now in space do not provide uninterrupted navigation coverage, ESA and the European Commission, which runs the Galileo program, declared the system ready for initial services in December.

Users equipped with Galileo-enabled chipsets in mobile phones and car navigation consoles can receive signals from the Galileo satellites and combine them with data from GPS spacecraft to produce a more precise position estimate.

The first four Galileo satellites launched in the current fleet were designed as In-Orbit Validation, or IOV, testbeds and delivered to orbit on two Soyuz rocket flights from French Guiana in 2011 and 2012. Once engineers completed their checkouts, they transitioned the test craft into the active constellation.

Fourteen more Full Operational Capability, or FOC, satellites have been added to the fleet by Soyuz and Ariane 5 rockets since 2014. The FOC spacecraft were built by OHB in Bremen, Germany, with navigation payloads provided by Surrey Satellite Technology Ltd. of the United Kingdom.

Three of the rubidium clocks have failed, all on the more recent FOC model satellites, according to the European Space Agency, which acts as a technical contractor and procurement agent for the Galileo program on behalf of the European Commission.

The rubidium clocks, which can keep time to within three seconds over a million years, were considered to be more technically mature than the hydrogen maser clocks, which are more stable and lose only one second every three million years.

The rubidium clock issues can probably be traced to short circuits, and possibly to a specific test procedure performed on the ground, ESA said.

Six passive hydrogen maser clocks have failed in the last two years, five of which were on the earlier-generation IOV test satellites now incorporated into the operational Galileo fleet.

“These failures are better understood, linked to two apparent causes,” ESA said in a Jan. 19 statement. “One is a low margin on a particular parameter that leads, on some units, to a failure. The second is related to the fact that when some healthy PHM clocks are turned off for long periods, they do not restart because of a change in clock characteristics in orbit.”

ESA said the remaining rubidium clocks in space are at lower risk of failure because they underwent different test procedures on the ground, and controllers have established new operational measures to reduce the probability of a problem.

There are eight more FOC-class Galileo satellites undergoing final assembly and testing for launches on two Ariane 5 rockets in November 2017 and in 2018. Clocks on those satellites will need some rework.

“While investigations by ESA and its industrial partners are continuing, there is consensus that some refurbishment is required on the remaining RAFS (rubidium) clocks still to be launched on the eight Galileo satellites being constructed or tested, and awaiting launch,” ESA said.

Agency officials said the effect of the clock failures on the Galileo launch schedule is “under study.”

A few weeks ago, ESA said the next four Galileo spacecraft were scheduled to launch on an Ariane 5 flight in August. Officials now say that mission will take off closer to the end of the year, perhaps in November.

“If these failures have some systematic reason, we have to be careful,” Woerner said. “Now, the question is raised — everybody is raising this question — should we postpone the next launch until we find the root cause, or should we launch?”

“You could say, ‘We’ll wait until we find a solution,’ but if more clocks are failing, then we are reducing the capability of Galileo,” Woerner said. “If we launch, we will at least sustain if not increase the (capability) of Galileo, but we may take the risk that a systematic problem is not considered, so therefore we we are, right now, in this discussion what to do.” 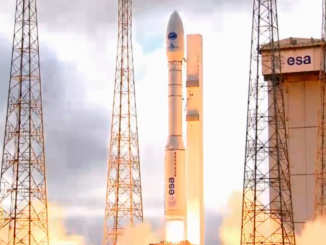 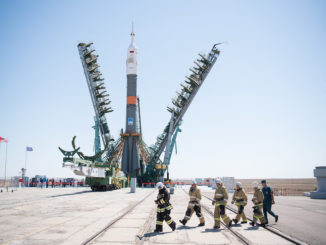 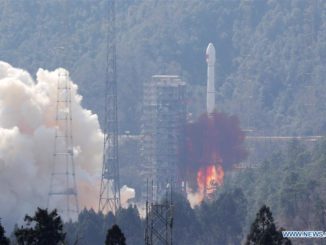