CAPE CANAVERAL — After four months of drama in space caused by a crippling failure of its main engine, a U.S. Navy’s mobile communications satellite has successfully rescued itself and achieved a usable orbit.

The engine was supposed to fire 7 times over 9 days to push the Lockheed martin-built craft into a circular geosynchronous orbit 22,300 miles above the Earth, inclined at five degrees to the equator.

The satellite was launched into a customized high-perigee geosynchronous transfer orbit as planned, stretching from 2,379 by 22,219 miles at an inclination of 19.1 degrees.

With some maneuvering already accomplished before the main engine was lost, MUOS 5 lifted its perigee to around 9,471 miles and reduced inclination to 9.8 degrees, hobbyist observers tracking the satellite reported in early July. They were the first to notice and publicly reveal that the craft has suddenly stopped maneuvering.

In order to use the $600 million satellite, the Navy had to get the craft into a geosynchronous orbit.

So controllers had to improvise, relying on the smaller, less powerful thrusters meant for orbital relocations and station-keeping maneuvers.

Between Sept. 7 and Oct. 22, a total of 26 firings by the thrusters lifted MUOS 5 to a meaningful, synchronous orbit and salvaging the mission in the face of failure.

“This orbit is slightly less circular and more highly inclined than the intended orbit,” the Navy acknowledged today.

“The effects of the new orbit are being mitigated through ground and waveform software changes. No significant impact is anticipated for the operators or users.”

Hobbyist satellite observers say MUOS 5 has settled into an orbit of 21,687 by 22,787 miles at an inclination of 9.7 degrees, and it is located at the Western “stable point” of 105 degrees West longitude.

The BT-4 main engine, made by IHI Aerospace of Tokyo, Japan, uses hydrazine fuel and nitrogen tetroxide. Aerojet Rocketdyne made the thrusters for MUOS.

The Navy declined to identify the culprit for the propulsion system woes or implicate a specific component. Sources say, however, it was some sort of nozzle failure, and the Air Force has said its GSSAP orbital patrol satellites were used to image the satellite as part of the post-anomaly investigation.

“We are very proud of the commitment our team members demonstrated,” said Capt. Joe Kan, program manager for the Navy Communications Satellite Program Office. “Working together with industry, we were able to execute an alternative propulsion method to maneuver MUOS 5 to reach a position that is operationally suitable.”

Coverage to legacy users transmit through 17.7-foot-diameter reflectors on the the satellites and the advanced, multi-beam features of MUOS to significantly increase the transmission capacity over the Navy’s previous satellites use large 46-foot reflectors on MUOS.

Once checked out and declared operational by next spring under the revised schedule, MUOS 5 will immediately go into service for the legacy UHF users. The 3G-type services, however, will be held in reserve since the satellite is a spare to replace one of its sister-craft in the future.

“The system will undergo on-orbit testing before final acceptance of the system by the Navy and offering it up for operational use,” said Cmdr. Jason Pratt, MUOS principal assistant program manager. “The satellite and its payloads will go through rigorous tests with our ground systems and terminals to make sure everything operates properly.”

Positioning of MUOS 5 will be changed from the pre-launch plan, however. Originally slated to serve over the Indian Ocean, it appears that the craft will remain in its current, stable location.

“It would make sense to permanently station MUOS 5 at the Western or Eastern stable point (the latter is at 75 E), since much of its fuel reserve for use in GEO was consumed in recovering from the failure of the liquid apogee engine that left it stranded in GTO in late June,” Molczan said

The UHF communications routed through previous Navy satellites and now MUOS provide command and control between combat leaders and their warfighters, connectivity to tactical forces, communications for Special Operations and support to rapid deployments of land, air and naval forces worldwide.

But at the heart of MUOS is the new “rugged smartphone” capability that enables users to communicate with small devices, unlike the bulky gear needed to talk with the Ultra High Frequency Follow-On satellite fleet.

With the older satellite system, users had to be stationary with an antenna positioned directly toward the satellites to send out information. MUOS will enable communications on the move, enabling users to send and receive data, make calls and watch video anywhere. 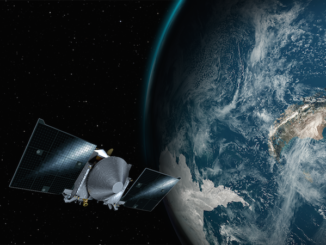 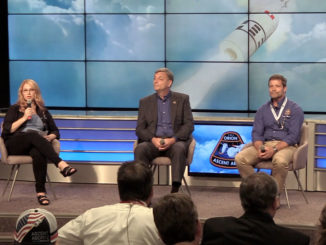